The College of Humanities and Social Sciences is pleased to announce the 2018 Wall of Honor Recipients:

The official ceremony for the Wall of Honor was held on Friday, February 16, 2018 at 5:30pm in the Lowman Student Center Ballroom on the Sam Houston State University campus. A dinner honoring the recipients followed the ceremony.

GEORGE MILES JR., graduated from Sam Houston State University in 1961 with a Bachelor of Science in Journalism. He then attended Southwestern Graduate Banking School at Southern Methodist University. The majority of his career was spent in the banking industry, retiring as executive vice president for First National Bank of Huntsville after 22 years before returning to serve as marketing coordinator on a part-time basis.

Miles served as president of the SHSU Alumni Association in 2006 and was directly involved in the origination of the Alumni Garden, the designation of the "Presidents Tree," the completion of the Bell Tower, the restoration of the Old Main pipe organ and its installation in the Peabody Library, and the initial establishment of regional alumni clubs that have led to greater participation in the association. He also initiated an alumni committee that organized the successful movement to prevent any possible name change for SHSU.

His work within the university and Huntsville communities is vast, including positions in leadership and fundraising. Miles received the Huntsville Citizen of the Year Award in 2007, the SHSU Alumni Association Service Award in 2008, the Edwin G. Sandhop Spirit of Huntsville Award in 2013, the Huntsville-Walker County Chamber of Commerce Mance Park Lifetime Achievement Award in 2016 and was named a Rotary International Paul Harris Fellow in 2014. In addition to serving as chair of the board for the Huntsville-Walker County Chamber of Commerce, Miles also served as founding chair of the College of Humanities and Social Sciences Advisory Board, as a member of SHSU's President's Circle, the Executive Leadership Council, Sam Houston Memorial Museum Board and the Mass Communication Advisory Board.

Miles' love for SHSU knows no bounds as he is always seen wearing orange and even named his cocker spaniel, Sammy. His favorite hobby is volunteering for the community.

ROBERT L. MANN graduated from Sam Houston State University in 1966 with a Bachelor of Science in Journalism. He soon launched his career with the Fort Worth Star- Telegram, where his coverage of the Martin Luther King assassination in 1968 aided him in becoming the youngest person in the history of the publication to hold an editorial position.

Mann later relocated to Colorado to become the managing editor of the Longmont Daily Times-Call while simultaneously completing his Master of Arts in Journalism at the University of Colorado. After returning to Texas, Mann became an assistant professor and chair of the journalism department at Southern Methodist University from 1972 to 1977. During this time Mann ran a weekly news editorial program at KERA radio in Dallas. Among his notable stories, he exposed backhanded dealings between the Dallas media and local political leaders while also highlighting the plight of minorities in the Dallas workforce. He then moved to Maryland in pursuit of his doctorate, but halted his studies to work as the press secretary for US Representative Bob Krueger's 1978 campaign. After the campaign, Mann became the assistant deputy director of Jimmy Carter's Council on Wage and Price Stability and later the Director of Public Affairs from 1979-1981.

His work on Krueger's US Senatorial campaign was noticed by the Kennedy family who hired Mann to serve as press secretary for Senator Edward Kennedy and the Kennedy family from 1984-1987. This experience helped him secure several lecturer positions at George Washington University and the University of the District of Columbia. In 1989, he became a Distinguished Professor and Department Chair at Emory and Henry College. During the 1990's, Mann served as the Communication Director for the Texas General Land Office and became a political consultant for several state and national agencies.

Mann currently resides in Austin, Texas, and credits his daughter Liz as his anchor and his ultimate source of inspiration and companionship. 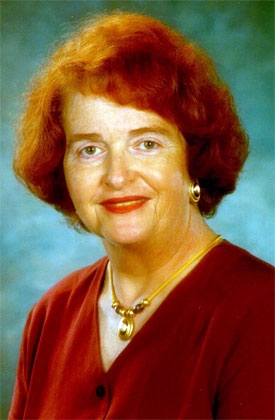 MARY ALICE CONROY graduated from Michigan State University in 1966 with a Bachelor of Arts in Economics. She earned her Master's degree from Colorado State University in 1972, and entered the doctoral program at the University of Houston where she was awarded the Ph.D. in Psychology in 1976. Upon graduation, she began a career devoted to the psychological treatment of the incarcerated in Texas and Missouri and later became a consultant to the Department of Corrections in Nevada and Michigan.

From 1983 to 1989 Conroy served as Chief of the Psychology and Psychiatric Program at the Medical Center for Federal Prisoners while holding an adjunct faculty position at the Ford Institute of Professional Psychology in Springfield, Missouri. Conroy later held the Chief of Forensics position at the Federal Medical Center in Lexington, Kentucky while continuing to teach psychology and psychiatry at the University of Kentucky. In 1997 Conroy accepted a faculty position at Sam Houston State University where she was named the director of the Psychological Services Center the following year, a position she still holds. While at SHSU, Conroy served on the Texas Committee to build the Psychological Jurisprudence Examination, the Texas Taskforce on Forensic Training and on the National Judicial Council on Mental Competence Committee. She currently spends her summers teaching psychology to the prisoners at the state prison in Huntsville.

Conroy is the recipient of the 2012 Outstanding Contribution to Education Award from the Texas Psychological Association, the Distinguished Contribution to Forensic Psychology Award from the American Academy of Forensic Psychology and the SHSU 2015 Excellence in Service Award. In 2013, she was named a Distinguished Professor of Psychology and is one of the most cited mental health practitioners by the US Supreme Court for her research and publications in forensic psychology.

When she is not working, Conroy spends her time showing horses and is a member of the Texas and American Saddlebred Horse Associations.

RALPH W. PEASE III earned a Bachelor of Arts from the University of Texas before serving his country for four years in the United States Marine Corps. Following his officer enlistment, he went on to earn degrees from Southern Methodist University (MA) and Texas A&M University (Ph.D.).Pease joined Sam Houston State University in 1972, where he began a 45-year teaching journey that only partially drew to a close last year, when he announced his retirement. Throughout his career, Pease especially enjoyed teaching Twain and Shakespeare and he taught his beloved "Literature and Film" class for more than three decades earning excellent teaching evaluations and spawning two generations of film lovers.

Pease won SHSU's Excellence in Teaching Award in 1983 and the Minnie Stevens Piper Professor Award in 1987, the latter award honoring ten professors state-wide for "outstanding academic, scientific, and scholarly achievement and for dedication to the teaching profession." In addition to the teaching excellence he brought to SHSU, Pease's influence extended far beyond the campus. He taught for a decade at the Houston Police Academy, working with police officers on writing and grammar skills. In Huntsville, he taught literature to inmates incarcerated in nearby prison units. He traveled the state presenting at workshops for the Texas Association for Court Administration and the National Association for Court Management. He was a sought-after dinner speaker at galas, graduations, and political events; he wrote film reviews for The Huntsville Item; and he taught honors classes at Huntsville High.

Even in his retirement, Pease's teaching and civic engagement continues. He teaches regular film classes at the Wynne Home Arts Center where he also "volunteers" under the supervision of his wife, Linda Pease, the city's Cultural Services Coordinator. The two have been married for 56 years and have two sons and two grandchildren.