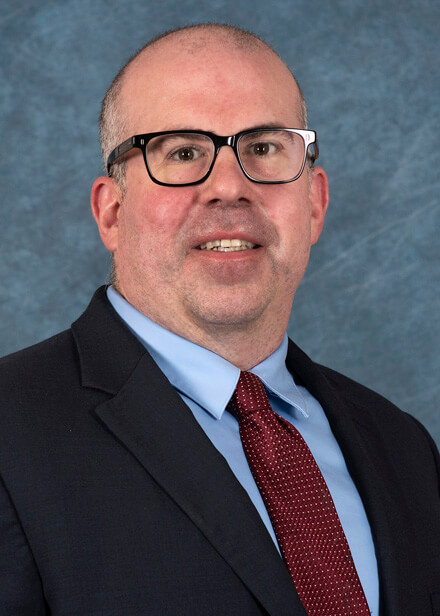 Dr. Michael Griffin is an Assistant Professor of Cell Biology and Genetics in the College of Osteopathic Medicine at Sam Houston State University in Huntsville, TX. He moved from Midwestern University (MWU) in Glendale, AZ, an Osteopathic Medical School, where he taught Biochemistry and performed independent scholarly research for several years. Dr. Griffin received his B.S. in Nutrition Science at Penn State University, followed by a Ph.D. in Biochemical and Molecular Nutrition at the University of California, Berkeley in 2006. Dr. Griffin then pursued postdoctoral studies in adipocyte biology in the Division of Endocrinology, Diabetes, & Metabolism at the Beth Israel Deaconess Medical Center/Harvard Medical School in Boston, MA. During that time, Dr. Griffin received funding through a Ruth L. Kirschstein National Research Service Award (F32) from the National Institute of Diabetes and Digestive and Kidney Diseases (NIDDK), a line of research that he continued while a faculty member at Midwestern University.

Dr. Griffin builds his teaching philosophy on what he calls the ‘five C’s:’ Critical Thinking, Creative problem-solving, Commitment, Collaboration, and Cause-and-effect.  These metrics are consistently conveyed to students as Dr. Griffin delivers his materials in large-group discussion sessions as well as small-group/TBL format; the five metrics also represent the pillars of his ‘WITS?’ (Why Is This So?) teleological approach for biochemistry and molecular biology. Dr. Griffin believes that students must put forth intense effort in order to become effective learners; the job of the instructor is to consolidate learning materials and to make challenging concepts seem easy and intuitive. Dr. Griffin is also an advocate for logical reasoning and critical thinking, rather than rote memorization, as the best way for medical students to prepare for their professional careers.

Dr. Griffin’s broad research goal is to study adipocyte (fat cell) inflammation and its role in promoting insulin resistance and Type-2 diabetes. His main research project focuses on the action of a transcription factor, Early B-Cell Factor-1 (Ebf1), that he previously demonstrated promotes adipocyte inflammation in cultured fat cells. At SHSU, Dr. Griffin and his team will focus primarily on how Ebf1 promotes inflammation in fat cells, including finding novel interaction partners for Ebf1 and investigating the metabolic phenotype of Fat-Specific Ebf1 Knockout (FEBKO) mice. Dr. Griffin mentored approximately ten medical and master’s students while at MWU, which allowed his lab to generate preliminary data needed to generate a favorably-scored R15 grant application with the NIDDK as an independent Principal Investigator (PI). Students at SHSU who choose to work with Dr. Griffin will have excellent opportunities to engage in scholarly activity and to become involved in cutting-edge biomedical research. Some of the skills that students in Dr. Griffin’s lab would learn include molecular cloning, recombinant DNA techniques, and PCR; protein purification and western blotting; cell culture; chromatin immunoprecipitation; and animal care, genotyping, and husbandry. Through these studies, Dr. Griffin hopes to provide basic information that could be used by pharmaceutical companies to develop drugs designed to prevent the myriad of diseases associated with obesity. Other studies in Dr. Griffin’s lab include identifying various phytonutrients (e.g., sulforaphane) that can attenuate inflammation in adipocytes, and their mechanisms of action.

Dr. Griffin also contributes intramural and extramural scholarly service to the scientific community at large; in particular, by serving as an indefinite ad hoc reviewer for American Journal of Physiology: Endocrinology & Metabolism and BBA: Molecular Biology of Lipids. At MWU, Dr. Griffin also served for several years on the IACUC (Institutional Animal Care and Use Committee) and as an interviewer for dozens of Osteopathic, Podiatry, and Veterinary Medicine candidates.

In summary, Dr. Griffin strives to be a ‘triple threat’ in an academic teaching environment, achieving equal excellence in all components of the academic triad: research, teaching, and service. His ultimate goal is to not only train students to perform well on their board exams; but more importantly, to help produce outstanding, independently-thinking physicians who can serve the health care needs of rural Texas.