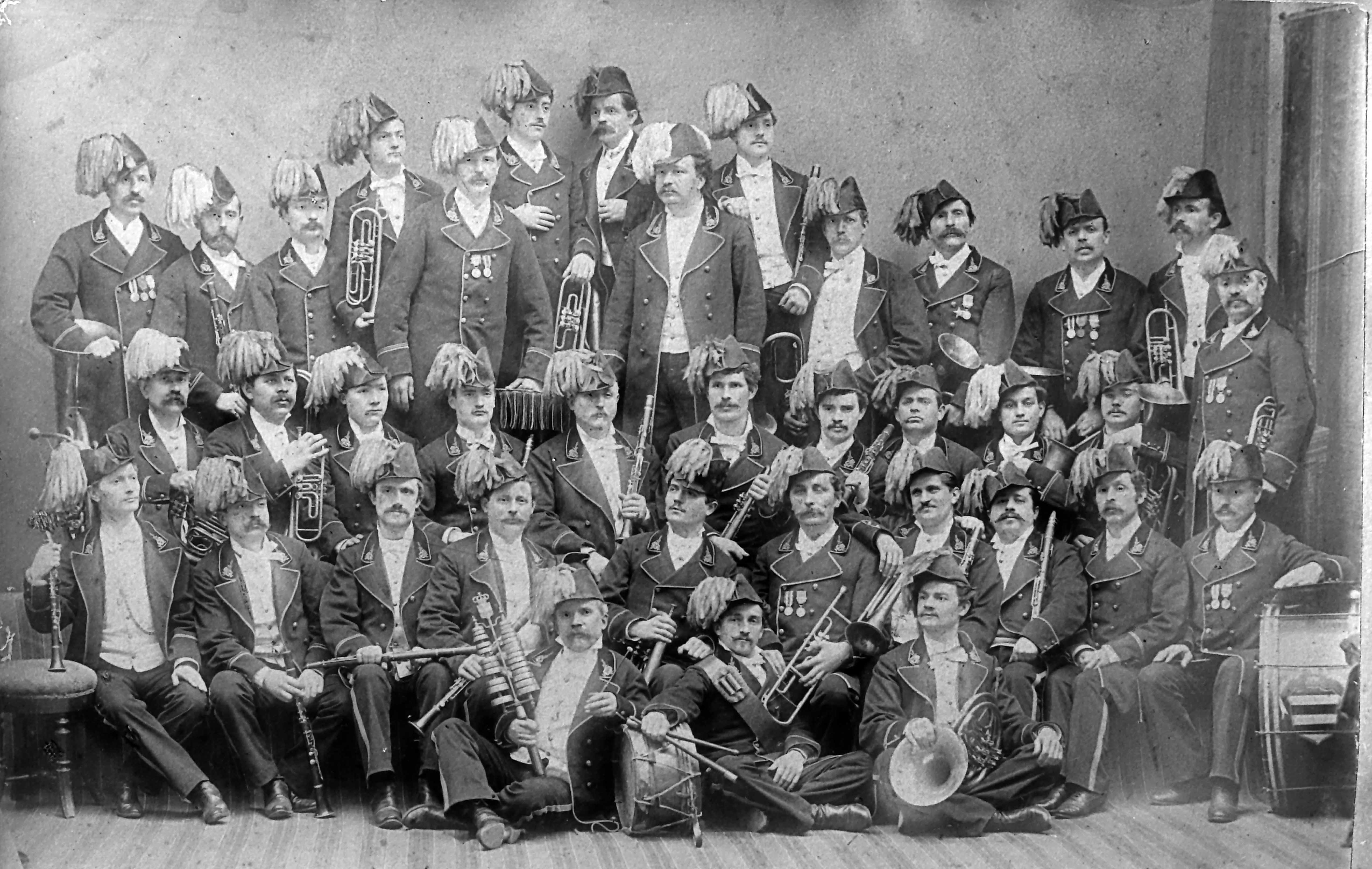 This photograph was made in 1884 when Raffaele Coppola (who stands in the center of the photo) had assumed the role of capobanda. The picture was owned originally by Cirillo Pozzali who played Second Trumpet at the rate of 300 Lira per year, i.e., he played the second or third part. He is in the picture, though yet unidentified. Pozzali wrote the date March 4, 1884 twice on the back of the photo. One artifact of old pictures was the very long exposure time needed for such a photo, resulting in closed eyes. Someone (assumed to be Pozzali) has used a sewing needle to put pupils in the closed eyes. With forensic preparation, the entire membership of this band may be identified as Pozzali listed all of the band members along the back of the photo; however, time and rubbing against a wall has all but obliterated this information. At this time only Roberto Haagen and Achille Bissocoli can be absolutely identified. A special bonus here is Pozzali's addition of the dates of the deaths of many people in the photo. The photograph passed from Pozzali to his sister (whose name is lost) and then to her son Giuseppe Ghisi. Finally, the photo came into the possession of his daughter Giuseppina Ghisi who passed away in 2004. The photo now belongs to the Dipartimento di scienze musicologiche e paleografico-filologiche located in Cremona.

Created from a document in the Archivio di Stato in Cremona