While these adaptations from the operas of other composers may seem to beg the idea of "original" music, Ponchielli invests these works with invention and humor, raising them above mere transcriptions. In fact, Ponchielli's transcriptions of opera scenes into a purely instrumental medium are masterworks in themselves, and illustrate his confidence in the supreme musicality of his soloists.

A careful examination of the collection reveals two distinct sets of commentaries - Piacenza and Cremona. The instrumentation of the band is the key. If one compares the two bands, the twenty-plus members of the Piacenza band were still capable of some skillful playing as several of the most ambitious commentaries (particularly of Verdi) come from this period. Their inclusion in the annals of the Cremona band pays tribute to Ponchielli's pride in them.

Giuseppe Verdi (1813-1901) knew Ponchielli and likely heard the bands in both Piacenza and Cremona. By 1861, Verdi had acquired the large farm in Busseto. As one faces out the backdoor of Verdi's home, a turn to the northwest leads to Piacenza (eighteen airmiles) and to the due north (eleven airmiles) to Cremona. Numerous letters from Verdi to friends acclaim various merchants and hotels in Cremona. 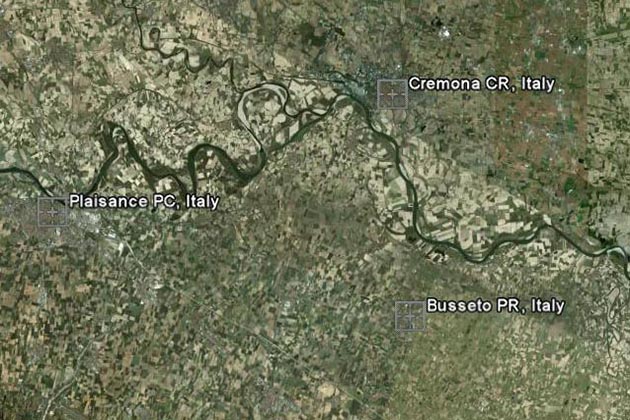 Verdi had been a capobanda briefly at the beginning of his career. While there is no record of any disapproval of Ponchielli's adaptations of music in his operas, there is a well-documented tale of his anger at a Siennese capobanda doing an adaptation of the Manzoni Requiem. Ponchielli's six selections from four Verdi operas are the largest group from a single composer. The Rigoletto selection seems to be one of the oldest, and it was performed seventeen times over the 1865-1873 period.