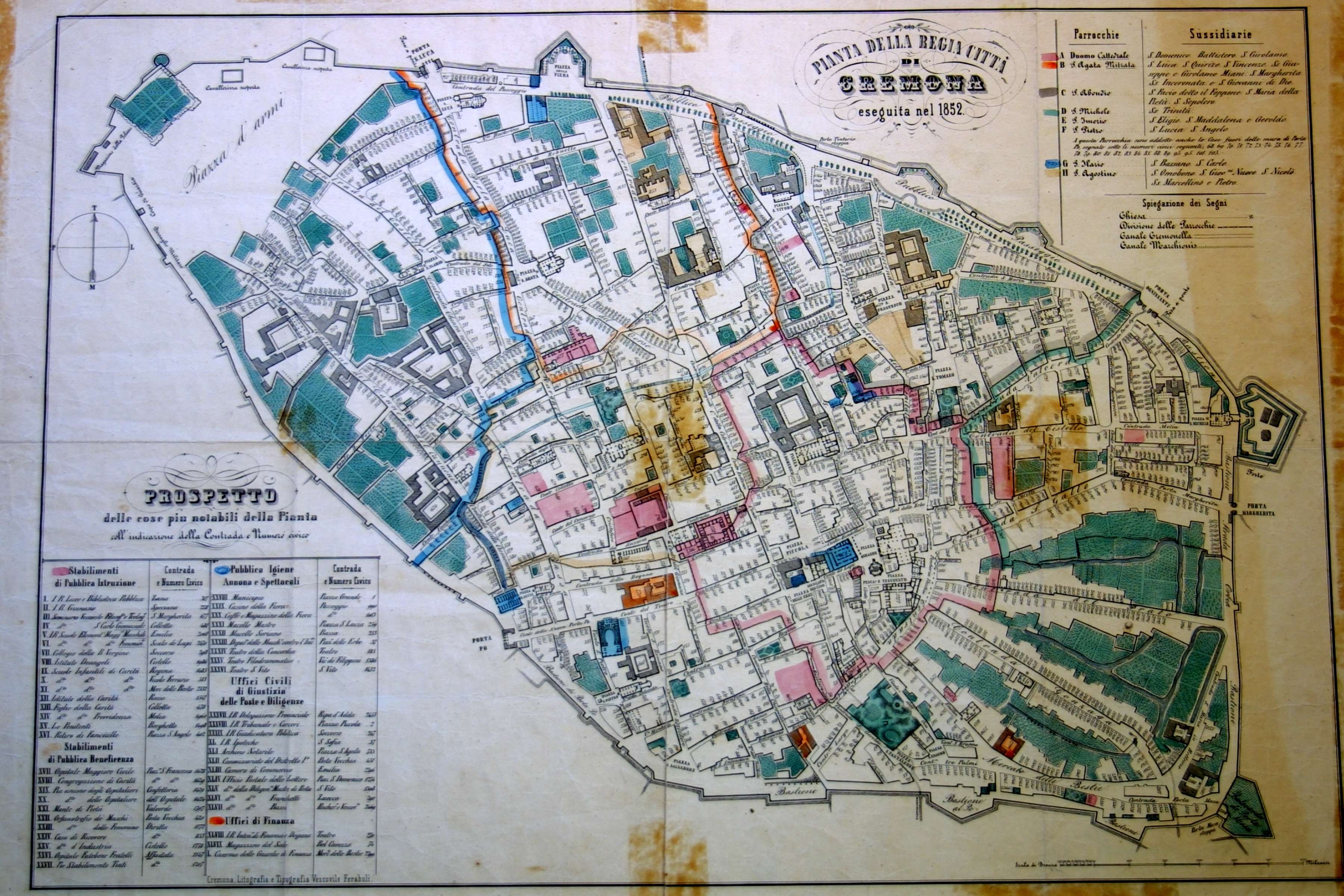 There were five concert sites used by the band between 1865 and 1873. Four remain today, and two of those have changed very little since Ponchielli’s day. They are:

Secondo baluardo del Pubblico passeggio (lost with the destruction of the city walls in the 1880s). 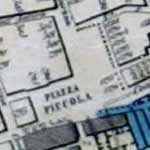 Originally called “Piazza piccola,” this L-shaped piazza can be found in maps of the city from the fourteenth century. Its name in Ponchielli’s time was from Camillo Bensi, the Count of Cavour (1810-1861) who was one of the leading figures of the Risorgimento. Today performing groups are set up with their backs to the small lane that leads to the Piazza dal Commune. Along with the Piazza Garibaldi, this was initially one of the most used sites. 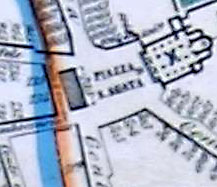 The name of this piazza is also derived from the Risorgimento. Revolutionary general Giuseppe Garibaldi (1807-1882) was much beloved in Cremona, partially as a son of the Trecchi family from Cremona had been an officer in one of his regiments. Previously, this piazza had been named after the large neoclassic church of Saint Agatha that still dominates the space. The Palazzo Trecchi is very close to this piazza, thus its name. It is almost a circle due to its many sides. After 1880 this neighborhood seems to have lost their concert series due to impassioned pleas to the town council for their reinstatement. 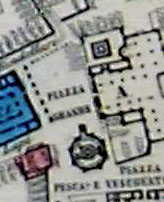 Only one concert was ever performed here, perhaps due to the proximity of the cathedral (duomo) that lies directly opposite the City Hall. 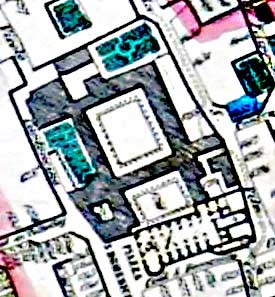 This largest of all city parks was the site of a small church and Dominican monastery that was demolished. The park was named Piazza Roma after 1870. It was also the site of a “pagoda” from which band concerts

were performed until its destruction around 1930. There is a smaller bandstand now, but it is rarely used for concerts. Piazza Roma is the third, final, and present site of Ponchielli’s statue today. After its naming it is the favorite concert site. 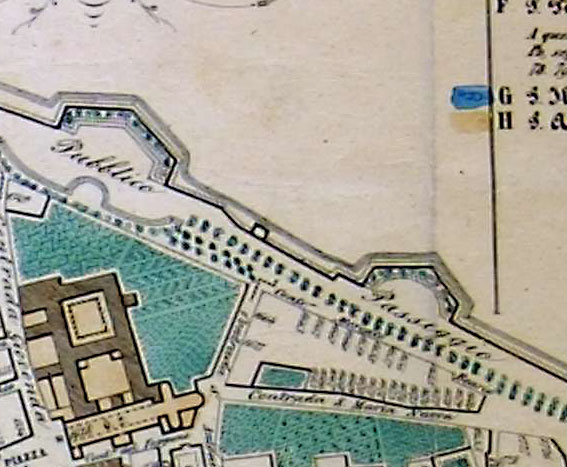 When the city walls were torn down, this most elaborate of all the concert sites was lost. In the image it is the larger balustrade on the left. It must have been exciting to look out over the flat plain of the river Po and catch breezes that could not enter the walled city. There was a ramp that allowed people to come to concerts in carriages and two kiosks where coffee was sold. By 1871 this site was By 1871 this site was one of the most popular for summer twilight concerts.

In the documents of the band there are specifications and mechanical drawings for bids to construct a portable stage for the use of the band. There is no confirmation of its construction or even which solution/bid was accepted. 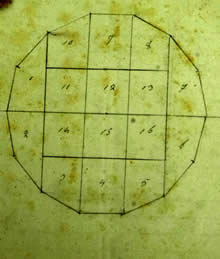 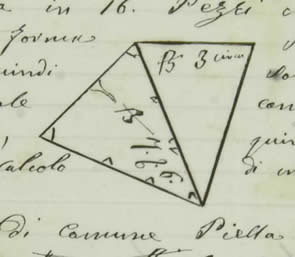