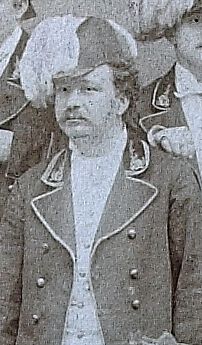 Though briefly preceded by Cremonese, Andrea Guarneri (1840-1899), Raffaele Coppola must be considered Ponchielli's true successor as Maestro of the band in Cremona. Guarneri's brief sojourn may be explained by his very natural desire to feature his own compositions instead of Ponchielli's. Guarneri left Cremona for Genoa and then succeeded Gustavo Rossari as capobanda in Milan. Coppola had no such pretensions and was happy to continue the repertoire that Ponchielli had created, a repertoire that the Cremonesi never tired of hearing until the Twentieth Century. Coppola retired from Cremona in 1897 and returned to Turin where he had served as a regimental band director before 1875. Many of his band compositions still remain in the Biblioteca Statale in Cremona. Though born in Sicily, there is still no confirmation of his possible family ties with the Coppolas now headed by movie director, Francis Ford Coppola.