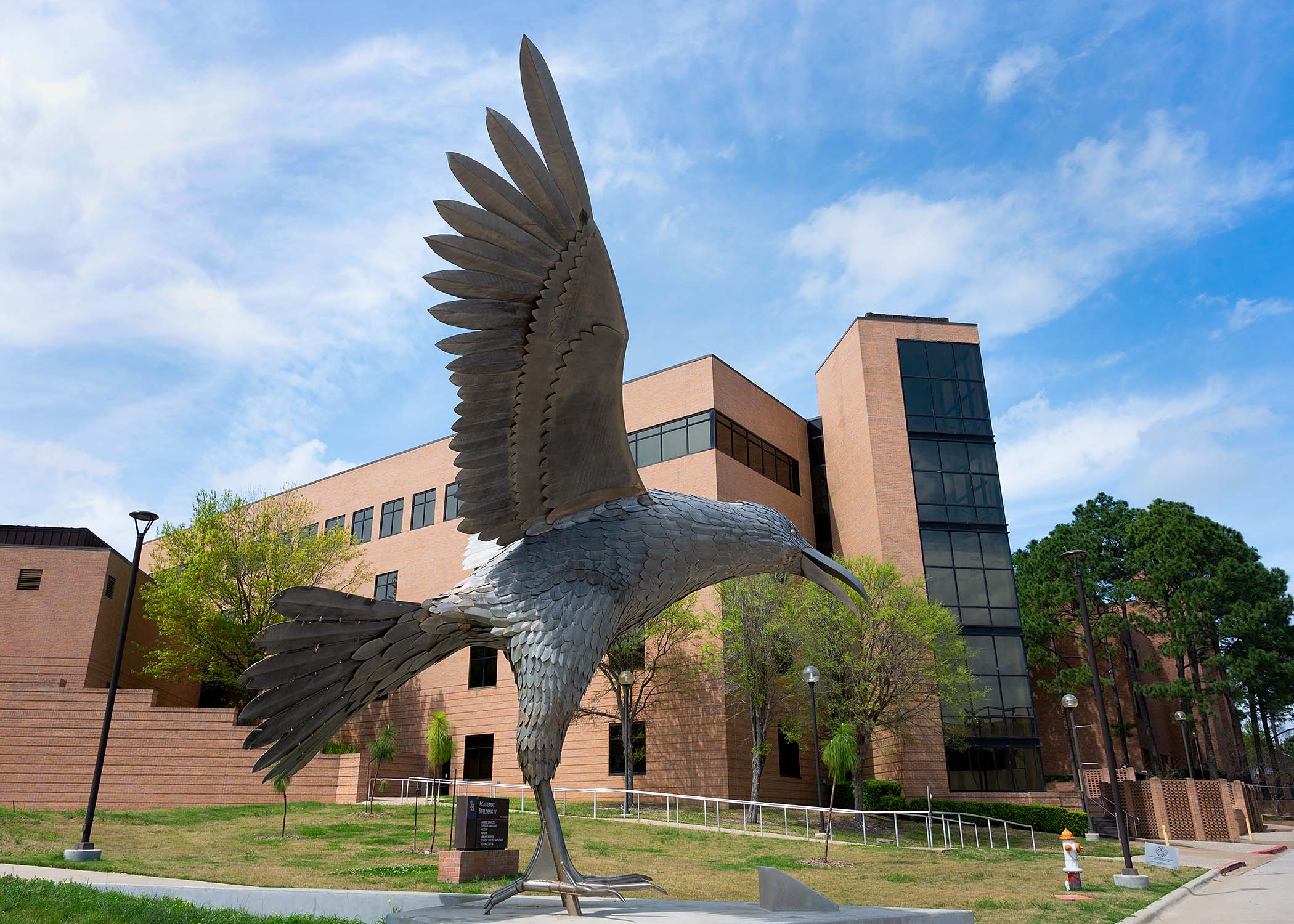 In 1809, at the age of 16, Sam Houston ran away from his home in Tennessee and lived among the Cherokees. He was adopted by Chief Oolooteka and given the name Colonneh or the “Raven.” He developed a deep, life-long affection for the tribe and considered the Cherokee his surrogate family.

Returning home, Houston became a successful military officer and protégé of Andrew Jackson. He served in Congress and, in 1827, was elected governor of Tennessee.

In 1829, his first marriage collapsed. Devastated, Houston resigned from his office and went to live once again with his adopted family. He married a Cherokee woman, Tlahina or Diana Rogers Gentry, became a Cherokee citizen and was actively involved in peacekeeping, trade and other tribal affairs.

After three years, Houston left for Texas. Though he never lived with the Cherokee again, he spent much of his career promoting peaceful and moderate policies toward Native Americans. 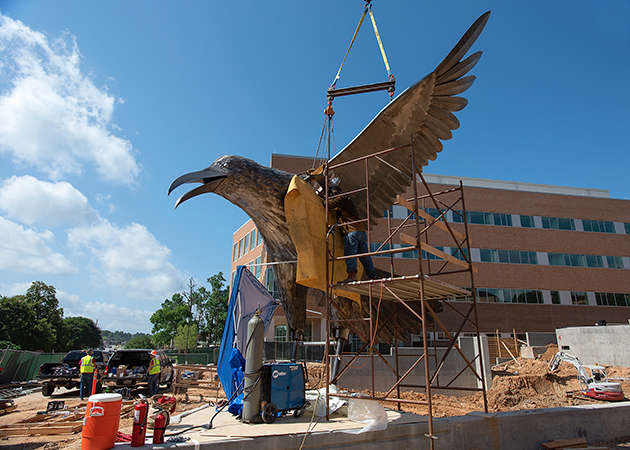 Now, Sam Houston’s nickname has come to life on campus. A raven sculpture that is over 21 feet tall and weighs more than 7,000 pounds has made its debut in Huntsville as a tribute to Houston’s nickname given to him by the Cherokee Indians. The piece was installed in the new plaza next to the Life Sciences Building.

Artist Ed Wilson, who was commissioned for the piece, said it was easy to find a subject to craft for campus.

“I think Sam Houston is one of the most interesting men in American history who did so much for this state and this country,” Wilson said. “It really stood out to me that he had the connection to the Cherokee and I wanted to bring that to life.”

Wilson is also excited to be able to have his piece displayed at SHSU, where so many minds are shaped and changed on a daily basis.

“I think that campuses are especially important and need art,” Wilson said. “I think it inspires creativity in students whenever they see the art. I think that is important for any field you are in; science, math, humanities, English, all students need a bit of creativity in their lives.”