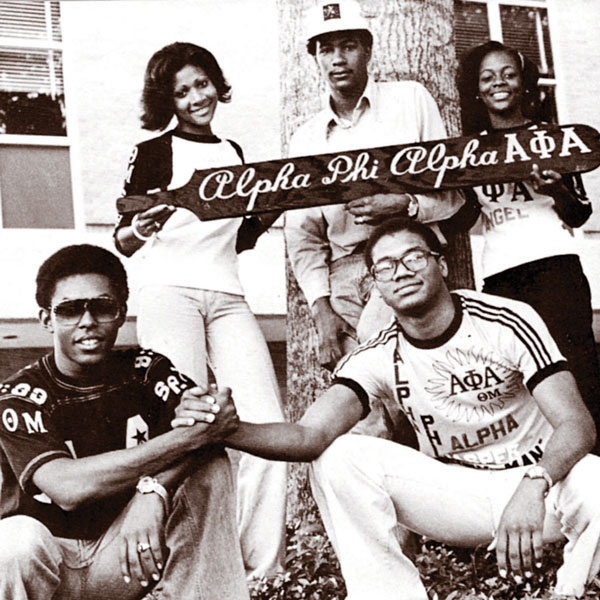 The Greek Life community at Sam Houston State University has had a long and rich heritage, dating back to 1959.

SHSU's Greek community is made up of four Councils that provide advocacy, oversight, organization, and support for the 28 fraternities and sororities on campus. 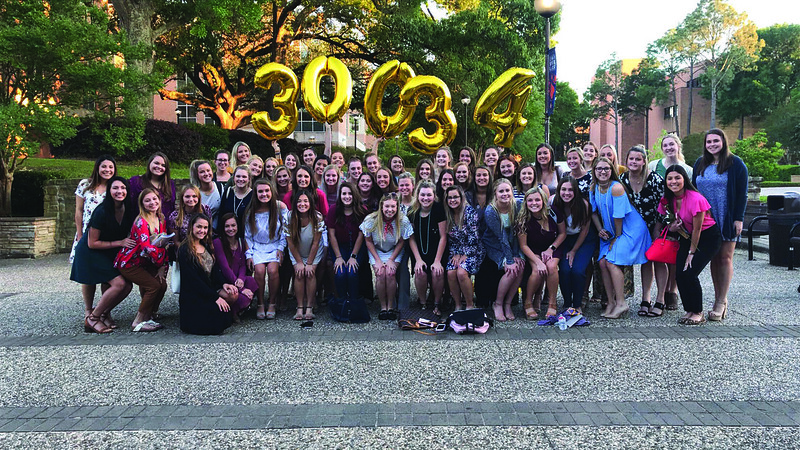 The Greek Life community at Sam Houston State University has had a long and rich heritage, dating back to 1959.

Before they were known as Greeks, the most active clubs on campus were the five women’s literary clubs, Anne Gibbs, Carolyn Belvin, Loulie Sexton Estill, Philomathean, and Eclectic, and the two men’s social clubs, the Esquires and the Ravens. At the time, there was only one men’s service organization, the Ramrods, and one women’s service group, the Glamazons, composed of women over five feet, seven inches. Another men’s service organization, The Caballeros, was founded in October of 1949.

President Harmon L. Lowman believed “going Greek” would be beneficial to the school and considered the prestige of extending social ties and how the network of contacts could lead to career opportunities for students.

After Lowman pledged to provide housing for the Greeks, the university community decided to make the switch. Sororities went national in 1959, and the social clubs turned into national fraternities in 1960, with the Caballeros being the last to become Greek.

Since then, fraternities and sororities have had a strong presence on campus and have contributed to the university’s value of enduring traditions for over 50 years.

Today, there are more than 1,100 Greek students at SHSU who encompass 28 chapters over four different councils. Each chapter is committed to the principles of the Greek community: scholarship, leadership, service and brotherhood/ sisterhood.

SHSU sororities and fraternities have garnered a solid reputation for academic excellence. This past spring semester the all-campus GPA was a 2.87, while the all-Greek GPA was a 2.97.

One of SHSU’s oldest sororities, the Delta Mu chapter of ADPi, was founded in 1959 and Ronald McDonald House Charities has been Alpha Delta Pi’s national philanthropy since 1979.

“Having a Greek life system that hold chapters accountable allows students to embody the university motto. Being able to host an event that is as successful as Ronald Run, is just a glimpse of the service that is done for our community,” ADPi President Kyndal Scobee said.

Another organization that continues to grow in size and impact is a relatively new fraternity on campus, Phi Gamma Delta or FIJI, which was established in 2013.

The Greek Life Office welcomes members like Phi Gamma Delta fraternity president, Justin Whitaker, who embodies all of the characteristics of the quintessential fraternity man.

“I always say that we strive to be the higher standard in Greek life, nationally and on our campus. We take a lot of pride in our vast involvement and all that we do for the community.  I am proud to say I am Greek at SHSU.”

In May 2018, Whitaker won the North-American Interfraternity Conference’s Undergraduate Award of Distinction. He is the first student from SHSU to receive this national award, which recognizes fraternity men who have found an outlet for development as both a leader and a better man.

Under his leadership, the FIJI chapter not only grew and raised its GPA, but also put on its most successful philanthropic event ever for the Shriners Hospital for Children. FIJI collaborated with the SHSU baseball team and raised over $11,000, donating a check at the Shriners College Classic Baseball Tournament.

The fraternity and sorority ideals complement the university motto, “The measure of a Life is its Service” and uphold SHSU’s values. These ideals include academic achievement, personal development, leadership, campus involvement, community service and civic responsibility.

“I always say that we strive to be the higher standard in Greek life, nationally and on our campus. We take a lot of pride in our vast involvement and all that we do for the community,” Whitaker said. “I am proud to say I am Greek at SHSU.”