Marcia Funebre No. 12 is one of the last funeral marches that Ponchielli prepared for Cremona. Though less outrageous than Senile, this march has some of the longest personal notations and drawings among all of the autograph scores. In this regard, No. 12 may represent a sort of nadir for Ponchielli in his years as capobandafor Cremona. As early as the first page, Ponchielli bemoans the trials of a composer.

A further desperation is signaled by the following text that graces the last page of the score:

"Peace to him who dies. Greetings to those who still survive - until that total lack of breathing which requires that he be carried by four pallbearers or by two horses according to the innovations of 1869."

The setting of the march shows the most elaborate of all with (as always) two bass clarinets, two cornets and flugelhorn, separate lines for Genis and horns, and three-part tuba writing throughout. The last item is particularly notable for the very close intervals in minor chords throughout - a notoriously difficult texture to perform with any chance of clarity. Whether Alessandro Zavarroni or Roberto Haagen performed the lead part is unknown. However, this is the premier example of the great confidence Ponchielli had in his very expensive tuba section. Actually, it is the second tuba who has the most treacherous part to perform, so the mystery of the part assignments is even more complex than merely guessing the first and third parts.

The form is again the open-ended version that can have a Fine at the end of the March or the Trio. The low, dark sounds are only partially relieved by the high woodwind "sighs" in the March and the graceful bel canto melody of the Trio. The parallel diminished triads in the last measures of the Trio are very "operatic." The final cadence with its fanfares is a massive contrast to the darkness of the March itself.

One is given a further insight into Ponchielli's frame of mind as he adorns the blank last page of the score with a drawing of a tombstone he supposedly once saw: 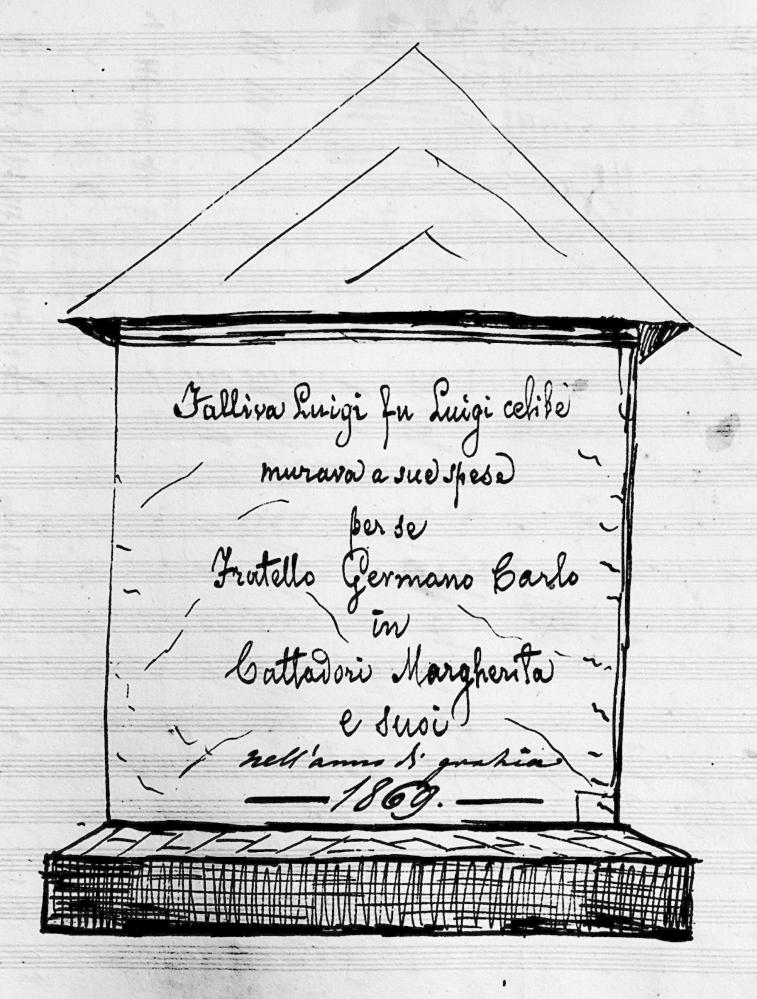 "Louie failed was Louie celibate - walled up by his expenses - by his brother, Herman Carl - in Margaret Cattadori - and her [relatives] - in the year of grace - 1869."