Marcia Funebre No. 7, "Tabe senile" is the second of the "forensic" marches. Tabe senile translates to "senile dementia," or what we would today call "Alzheimer's disease." In spite of the cruelty associated with the term "senile," its vicious effect upon otherwise capable, if not brilliant, people is now viewed as a cruel fate that many may be prey to. Of all the autographs of funeral marches, Ponchielli adorns this one with skulls and crossed bones to indicate a dal Segno in the Trio. Though "personal" "roadmap" indications are a hallmark of Ponchielli's scores, Tabe senile stands as one of the starkest. 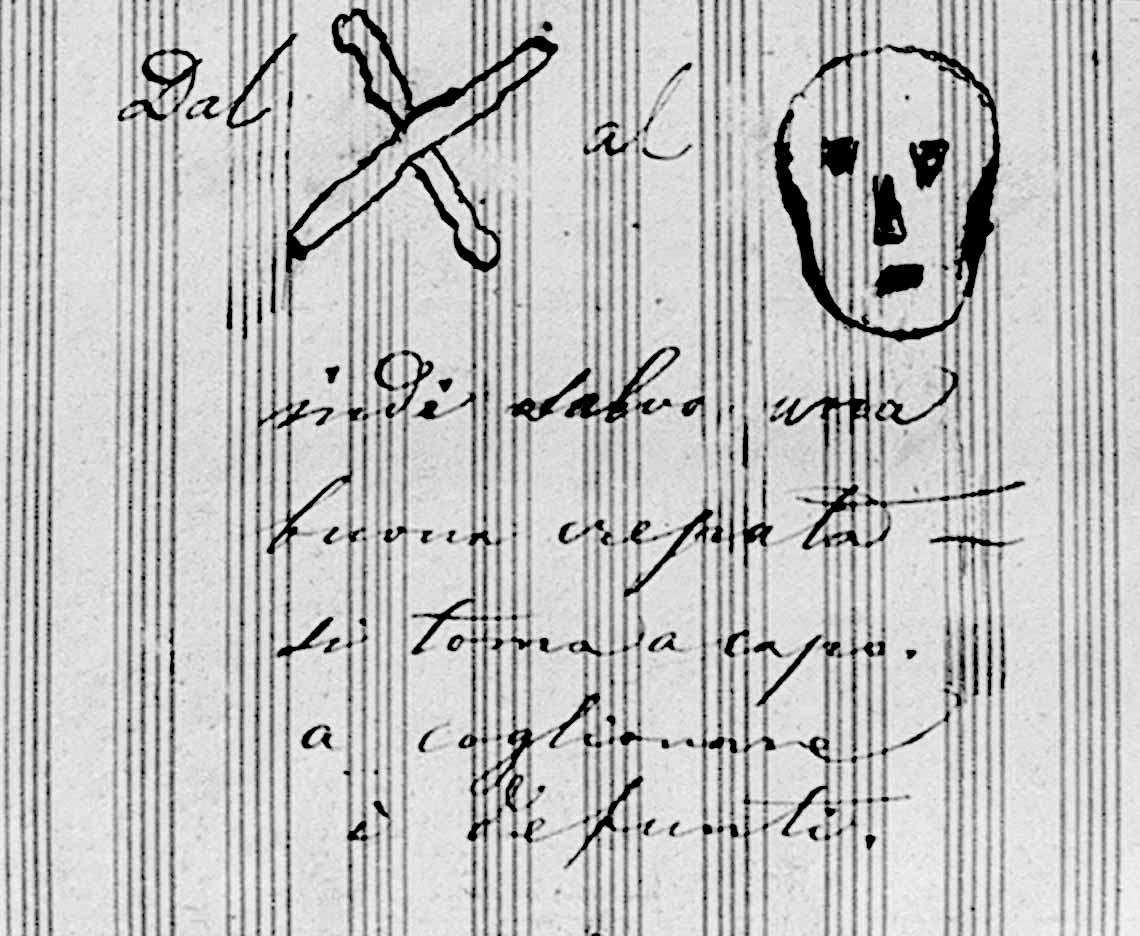 Ponchielli writes[from the crossed bones to the skull] indi salvo una buona crepata - si torna a capo. a coglionare i defunti - "thus I save a good [rotting] corpse. one goes to the beginning [Da capo] to cheat the dead."

The exceptional crudity here likely reflects more Ponchielli's own frustration with the situation as a bandmaster relative to his goal to becoming an opera composer. As one can hear, this march is grandiose and crushing, all at the same time. The bel canto Trio section is repeated on either side of a bellicose, heavily-accented passage that is marked fortissimo. Another explanation of "cheating the dead" may refer to a type of funeral march he would come to develop as he continues to compose funeral marches until the middle of 1872.

Among all of the funeral marches Tabe senile strikes the editor as one whose extra-funerary application might be the most difficult to accomplish. As yet no contemporary descriptions of a Cremona funeral have come to light, nor do any of the present-day Cremona funeral parlors seem to have any history that extends back to the nineteenth century.

Finally, the instrumentation with two bombardini (euphoniums) suggests a post June, 1866 date as the band roster (pianta) listes no flicorno basso so the two bombardini can cover the parts.

Date on score: None Given

Performances: None can be ascertained