The media is full of cliches about women and girls often portraying them as one dimensional stereotypes. These images dangerously reinforce cultural prejudices and biases.  By consistently striving for fairness and accuracy, journalists can help confront these distortions. It was with this goal in mind that the Global Center for Journalism and Democracy headed to Burkina Faso. The center worked with more than 50 journalists from throughout the country to help them understand how to more fairly portray women as they cover important stories.

"The media has the power to create social change, that's a given. By helping journalists understand the awesome responsibility they have, we can better educate society with a goal toward gender equality", said GCJD Executive Director, Kelli Arena . 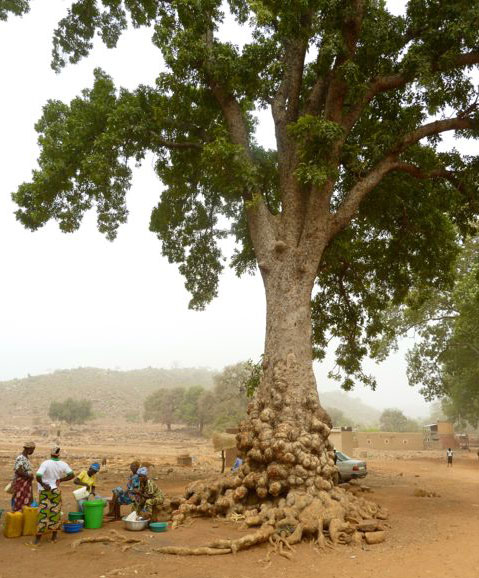 Outside a town in Burkina Faso

The training took place May 14-16, 2013 in Ouagadougou, the country's capitol.  GCJD brought a team of experts to conduct workshops for journalists, including Sonja Lokar, a Slovenian expert for gender equality and Shahira Amin, an Egyptian activist and journalist. Workshops tackled topics including;  fact based reporting, social responsibility, gender and politics and understanding how to separate legal mandates from cultural norms.

The center teamed up with the National Democratic Institute, which has been working in the country for several years. " NDI is very pleased to partner with the Global Center for Journalism and Democracy for this activity, because we are convinced that gender equality is a prerequisite for democratic stability, and the media is a powerful actor who can contribute to enhancing gender equality" said Aminata Faye Kasse, the Senior Resident Representative for NDI in Burkina Faso.

Burkina Faso is a poor, landlocked country in West Africa. It gained independence from France in 1960. Formerly called the Republic of Upper Volta, the country was renamed in 1984.

GCJD IN THE NEWS IN BURKINA FASO

Information Processing : The Burkinabe journalists equipped on the cover>>

Media coverage of the genre : NDI drew the attention of journalists;>

Social responsibility and involvement of the genre: NDI encourages journalists to more perseverance (in French)>>