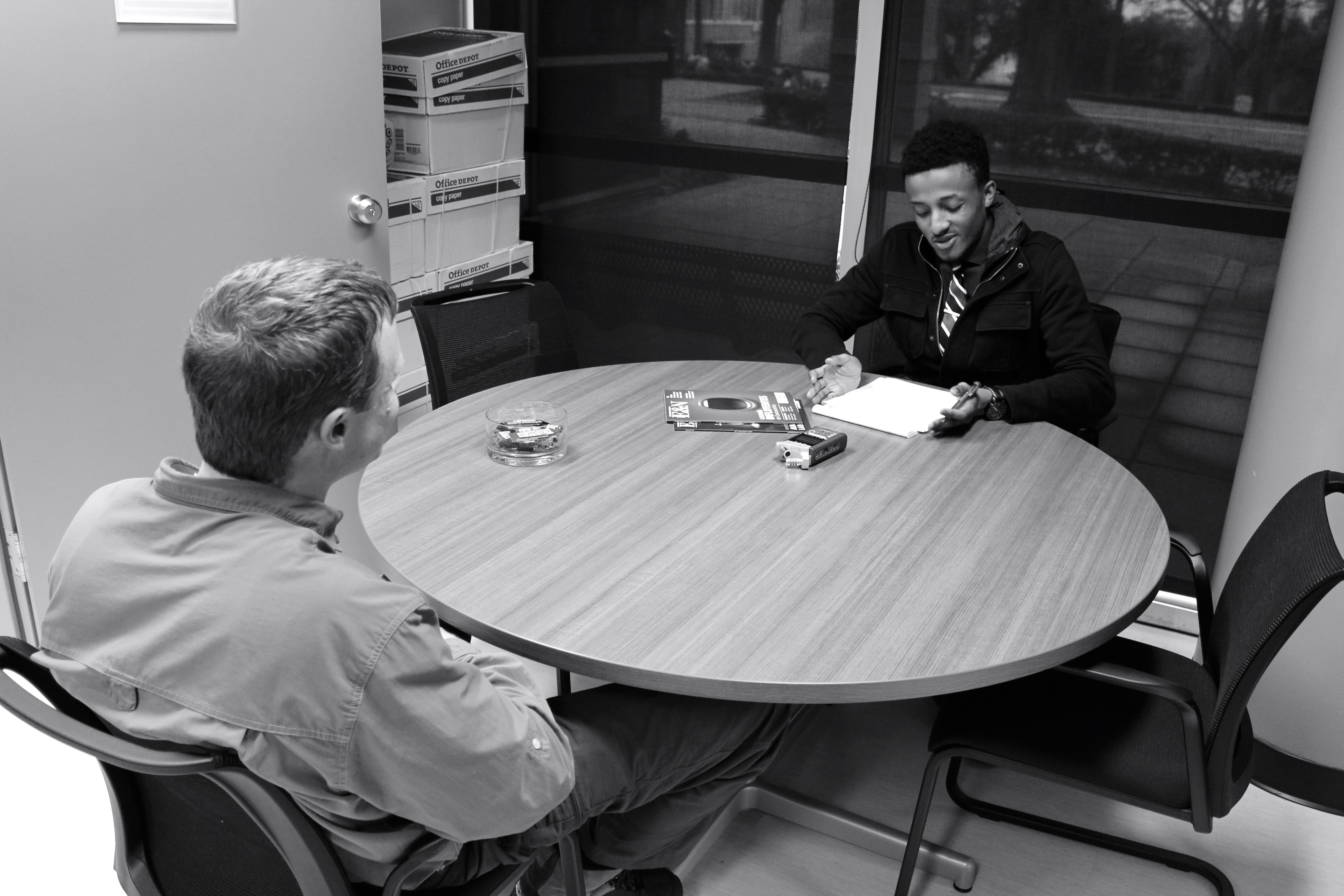 It wasn’t the bullets, or the dead bodies, or the hopeless children that finally made photojournalist Zoriah Miller stop working in conflict zones, it was his mother. “ I just couldn’t do that to her any more. The stress is awful.” Ironically, it was his mother who also inspired him to take pictures in the first place. He says she taught him empathy, the capacity to understand what another person is experiencing and the goal of his life’s work.

Miller is an award-winning photographer who has worked in more than 100 countries. He has documented the aids crisis, child drug abuse, and several wars. His presentation at Sam Houston State gave students a glimpse into the pain and suffering plaguing people around the globe. Clearly, his work has not defined him. He’s cheerful, laid back and optimistic. At his core, he is a storyteller and uses visuals instead of words to spin his tales.

Looking at his photos triggers a multitude of emotions, as you peek inside the harsh realities some citizens face. “Inspiration usually comes to me in most cases, others might require a bit of digging” Miller says. He says he once wandered a field for two hours in search of inspirational content for his photos.

When working in combat zones he says he chose to live in the barracks with the soldiers he photographs. “I didn’t wish to be treated differently than anyone else”.  In doing so he was able to not only venture into places that were restricted but he also earned the respect of the soldiers he traveled with.

Miller says his travels have taught him that human beings share similar desires, no matter where they live. “People all generally share the same aspirations as far as family, happiness and living goes.”

Combat zones behind him, he’s now focusing on story themes that are less dangerous, but no less riveting.  His focus now is on poverty, and how that looks around the globe.