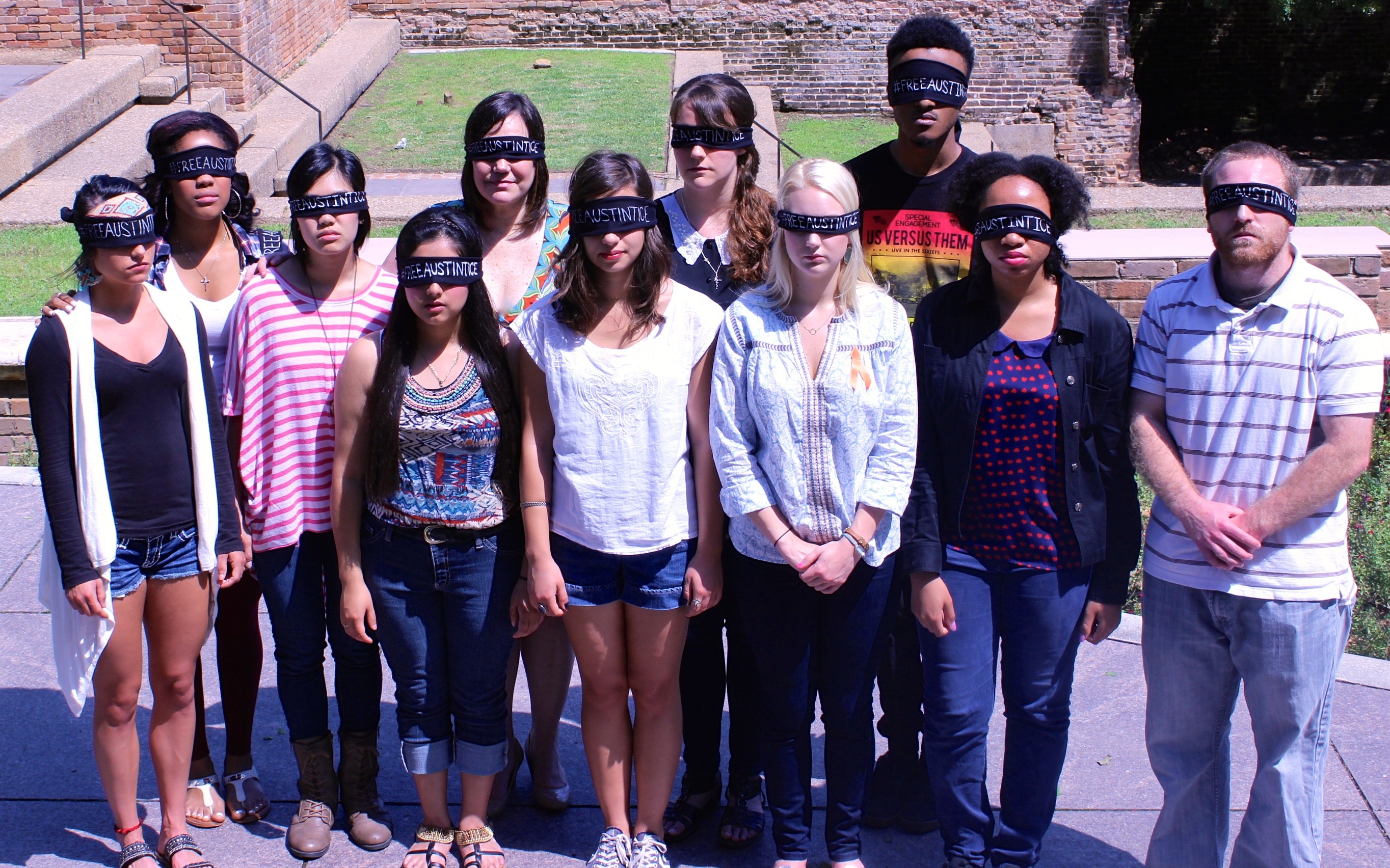 Joining with the national campus group Active Minds, they put together a campaign to raise awareness of mental health issues for students and members of the community and worked to make people aware of the resources that exist to help.

Events included a public showing of The Silver Linings Playbook, a demonstration highlighting the dangers of not seeking help when confronting a mental health challenge, a meditation workshop, stress busting activities and a free evening of games and refreshments at the Kat Klub.

Students also published a series of articles in the Houstonian student newspaper, and engaged in a worldwide social media campaign #letitout!

Terrorism was next on the agenda. Students hosted Zak Ebrahim, the son of a convicted terrorist , who discussed the very relevant issue of terrorism and promoted a path to peace. As part of the event, students posed as terror victims around campus to help raise awareness and created educational infographics that are available on our website. The social media campaign was dubbed #knowyourenemy.