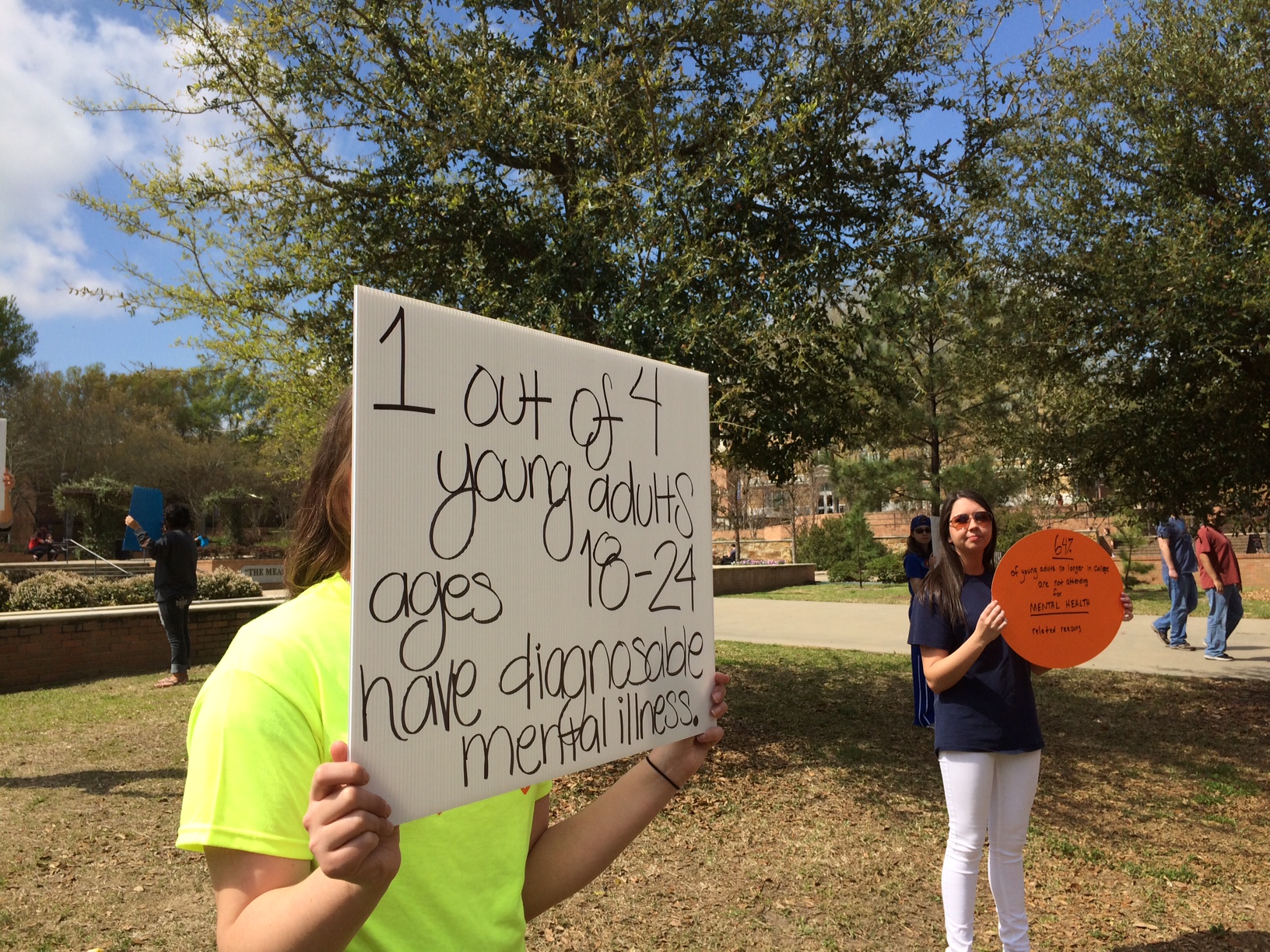 The excitement of stepping onto a college campus often meets with the harsh realities of striking the right balance between class, work, socializing, studying, relationships, and other activities. Under the burden of fulfilling so many duties, many young minds snap somewhere along the way.

Statistics speak volumes about a growing mental health crisis on campuses. Depression is the number one reason students drop out of college. Suicide is the third leading cause of death for young people between the ages of 15 and 24. But many students don’t seek help because of the stigmas associated with mental health challenges.

In an effort to combat the problem, the Global Center for Journalism and Democracy (GCJD) launched an awareness campaign called #LetItOut. As part of the project, students staged a flash mob in the mall area, displaying the sobering facts associated with mental health.

Many students from various disciplines gathered around the GCJD booth to share their experiences or talk about their friends’ experiences. They were provided resources that could help with mental health challenges at no cost.

GCJD screened the academy award-winning movie “Silver Linings Playbook” that weaves around the theme of bipolar disorder. Before the start of the movie, Selena Guerra from the counseling center spoke about the resources available to students on campus and also had students participate in some stress buster activities. Members of a new Active Minds chapter on campus were on hand to recruit students. Active Minds is an organization that empowers students to speak openly about mental health in order to educate others and encourage help-seeking.

GCJD also hosted a series of fun activities in the mall area such as hitting a piñata and teamed up with the Kat Klub to provide free games to students in an effort to promote social integration. At the end of the week, GCJD conducted a free meditation workshop for students.

Dr. Andrew Miller, Executive Director of Counseling and Health Services at Sam Houston State University said, “About 300 – 400 students visit the health center every year.” With a new facility he expects the number to go up this year. “Anxiety and depression is the number one reason why students visit the health center. This is followed by adjustment disorders and relationship disorders.” While he expects that a lot of international students might seek help regarding adjustment disorders, he says “only 2% of the students that seek help belong to this group.”

As per data posted on World Health Organization (WHO) website, one in four adults live with some form of mental disorder. If we go by these numbers, clearly, not enough students at Sam Houston State University are seeking help.

Kelli Arena, Executive Director of GCJD commented, “Taking charge of their life on campus is the first stepping stone to a healthy adult life.”

GCJD IN THE NEWS WITH MENTAL HEALTH WEEK