Dr. Christopher Schalk, a postdoctoral researcher in the Department of Biological Sciences, along with the department's Dr. Juan Daza, is launching a fund-raising effort in conjunction with their study of dwarf geckos. 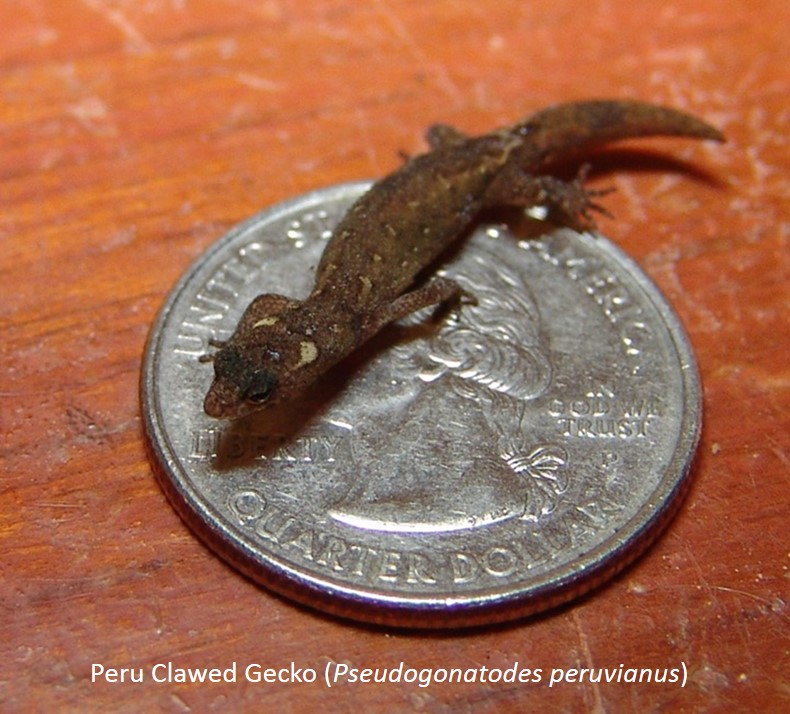 The researchers need to raise money to visit the Smithsonian Institution in Washington, D.C., to access the institution's preserved museum specimens of dwarf geckos. As Dr. Schalk notes: "We want access to these specimens to x-ray and photograph them to quantify their morphological traits. These geckos are extremely tiny [see image, at right, of an example of an adult], secretive, and often overlooked by biologists in the field. However, we think that this group of lizards represent an undescribed adaptive radiation. The geckos were originally found on the mainland of Central and South America, but over time they colonized the Caribbean Islands and rapidly diversified into new species with a diversity of morphological traits."

The researchers want to quantify that morphological diversity by taking measurements from x-rays and photographs of the specimens. The results from this study, Dr. Schalk says, have important implications for understanding the processes that lead to the evolution of biodiversity and adaptations to the environment.

The campaign is an "all or nothing" fundraiser - the full requested amount must be raised, or no funds will be received. The project is part of Experiment.com's Herpetology grant challenge, in which the project that meets its fundraising goal and has the most number of backers will receive an extra $1,000. The researchers would use that money to visit other natural history museums.

Contact Dr. Schalk for details on how to contribute to the fundraising campaign. You can also visit the website for the campaign for more details on the study.