SHSU Update For Weeks Of March 6-20

College To Host Screening Of ‘The 400 Blows’ 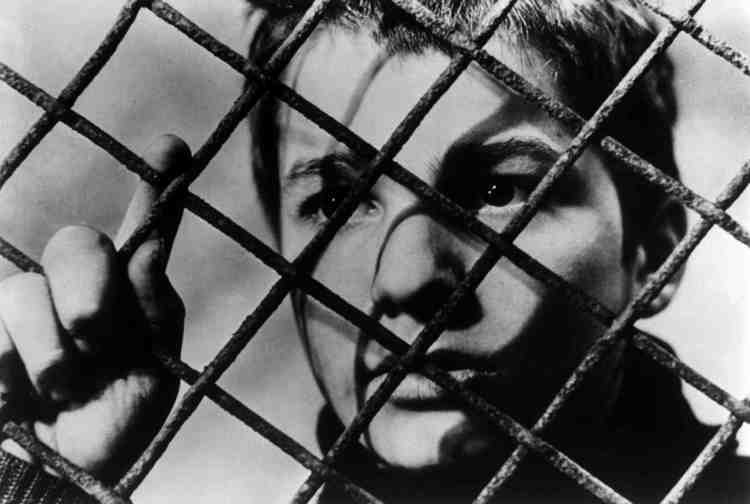 The Sam Houston State University Department of Mass Communication will continue its classic film series with a screening of the French film “The 400 Blows” on March 15 at 6 p.m. at Huntsville’s Old Town Theatre.

Directed by Francois Truffaut, “The 400 Blows” tells the story of the director’s own troubled childhood through the role of his cinematic alter-ego “Antoine Dionel,” who attempts to escape the oppression of society by skipping school and causing mischief.

“‘The 400 Blows’ is one of the most popular and successful French movies of all time,” said assistant professor of mass communication Grant Wiedenfeld. “François Truffaut won the ‘best director’ award at the 1959 Cannes Film Festival for it, and it launched the ‘new wave’ of French cinema, known for stories about youth told with greater realism, especially on-location photography.”

Wiedenfeld will introduce the film and lead a brief discussion afterward.

“Those who attend the screening will see the beauty of Paris in the 1950s through the eyes of a poetic teenager, accompanied by the delightful French musical score,” said Wiedenfeld. “It's a modern talking picture, so those of you who have been watching nothing but silent movies since the January screening of ‘Metropolis’ can also hear 1950s France.”

The screening is part of a partnership with Old Town Theatre and the College of Fine Arts and Mass Communication, through which the college has hosted public screenings of classic movies like “Now Voyager,” “Nosferatu,” “A Better Tomorrow,” and “Metropolis.”

The Sam Houston State University College of Criminal Justice will welcome John Paul Wright, professor of criminal justice at the University of Cincinnati, to present “The Crime Delusion: Ideology in the Study of Crime and Justice” for the college’s Beto Chair Lecture on March 18 at 9:30 a.m. in the Criminal Justice Center’s Hazel B. Kerper Courtroom.

Wright is a leading scholar in the field of biosocial criminology.  His most recent book, “Conservative Criminology: A Call to Restore Balance to the Social Sciences,” encourages debate on the proper role of ideology in academics and public policy in the field.

Coauthored by Matt DeLisi, professor of sociology at Iowa State University, “Conservative Criminology: A Call to Restore Balance to the Social Sciences” takes a unique view of crime and criminal justice issues through the conservative perspective.

The book examines how liberal ideology affects the study of crime, criminals and the policies that criminologists advocate. The authors call for an investment in intellectual diversity, a respect for varying political philosophies, and a renewed commitment to honesty in scholarship.

Wright was rated as one of the most productive professors in criminology and was recently evaluated as one of the most cited criminologists in the United States. Having published more than 130 articles, his work can be found in leading criminal justice, genetic, psychological, and psychiatric journals. He is also the co-author of several books, including “Life-Course Criminality: Criminals in the Making; Handbook of Crime Correlates;” “Taking Stock: The Status of Criminological Theory–Advances in Criminological Theory;” “Crimes of Privilege: Readings in White-Collar Crime;” and “Juvenile Justice.”

For more information, contact Beth Kuhles, publications coordinator for the College of Criminal Justice, at 936.294.4225.

‘Orlando’ To Explore A 'Genderless Mind'

The Sam Houston State University Department of Theatre and Musical Theatre will take audiences on a 340-year-long, European adventure with its presentation of Virginia Woolf’s “Orlando,” March 16-19 at the University Theatre Center’s Showcase Theatre.

Directed by Penny Hasekoester, theatre department chair and professor, the production tells the story of “Orlando,” who over a span of three centuries ages only 36 years and changes genders, reflecting the idea that “the mind is genderless.”

“[The play] is about the search for self,” Hasekoester said. “[It is] a satirical look at the nature of gender and societal manners that transcends time.”

Originally a novel, the script is an adaptation written by playwright Sarah Ruhl.

“Sarah Ruhl is a well-known and inventive playwright and her adaptation of Woolf’s ‘Orlando’ captures the spirit of the novel,” Hasekoester said. “It is inventive, it is satirical and it captures Woolf’s understanding of self.”

Hasekoester and her students began rehearsing for “Orlando” at the end of January, putting in countless hours of work during the week and on weekends over the last couple of months to make the show possible.

Tickets can be purchased through the theatre box office.

The Sam Houston State University Department of Family and Consumer Sciences will demonstrate a centuries-old dyeing technique in a Shibori Workshop on March 18 from 10 a.m. to 2 p.m. in Margaret Lea Houston Building Room 303.

Shibori is a technique that uses a variety of shapes to make different patterns.

Trish Ramsay, instructor of basic design, learned of the technique while researching in Japan.

“I thought it was a really amazing process, so I wanted to share that with my students,” Ramsay said. “I currently teach a basic design class and will teach a textile arts course this summer, which will include Shibori dyeing.”

The event is open to the public on a first-come, first-served basis, and there is a $1 cost.

For more information or to register, contact Ramsay at prx015@shsu.edu.

“Basewood” tells the story of a young man who wakes up in the woods with no memory of how he got there. The graphic novel follows the young man as he tries to uncover the details of his past while fighting for his survival.

Students in clinical assistant professor of English Amanda Nowlin-O’Banion’s afterschool reading program “BookUp” will attend the talk, and will be provided with a free copy of “Basewood.” 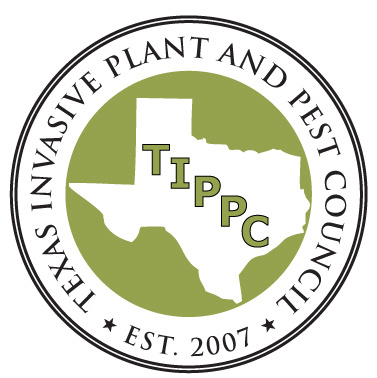 Sam Houston State University will host the 11th annual Texas Invasive Plant and Pest Conference for the first time on Tuesday through Friday (March 8-11) in the Lowman Student Center Ballroom.

The Texas Invasive Plant and Pest Conference is a professional-level meeting that features a number of keynote speakers, workshops, field trips, professional and student talks, and posters discussing different management strategies and preventative measures against invasive plants and animals across the state of Texas.

“We have to protect our native and natural resources, and invasive species are a great threat to that,” said Ashley Morgan, research associate with SHSU’s Texas Invasive Species Institute. “Invasive species have been spread due to human interaction, that’s why it is up to us to help manage and remove them. Attending meetings like this allows for different agencies, colleges, management companies and landowners to share their management strategies and enhance our success again invasive species.”

Registration is open until March 10 and costs $175 for non-students and $60 for students.

The fashion show will highlight SHSU alumni and undergraduate entrepreneurs in the fashion industry by allowing them to showcase their collections. In addition, the show will set the tone for next season’s fashion on-campus. Past vendors have included Urban Outfitters, BEBE, Ralph Lauren, Banana Republic, BCBG Max Ariza, VaryStable, MAW Supply, and Astonishing Apparel.

“This year’s show will have a change of scenery from the past couple of years,” said Najee Jenkins-Smith, creative director of the fashion show. “I’m excited to conclude my journey as the show’s creative director at the original venue of the show–the LSC Ballroom. We hope to completely transform the ballroom into a venue like it’s never been seen before.”

Presale tickets cost $5 and will cost $7 at the door.

The National Association for the Advancement of Colored People is a civil rights advocacy organization designed to educate and advocate for the students of SHSU, as well as members of the surrounding community. The organization sponsors various programs that range from resume building and workshops, to fashion shows and voter registration campaigns.

For more information or to purchase tickets, contact Jenkins-Smith at njj002@shsu.edu.

The Sam Houston State University Department of Foreign Languages will celebrate women writers from around the world during the readings of multilingual poetry and prose by women on March 15 from 10:30-11:30 a.m. in the Lowman Student Center Mall Area.

The readings will take place just north of the traffic circle between College of Humanities and Social Sciences and Lee Drain Buildings. There will also be a set of readings from 5:30-6:30 p.m. at SHSU's The Woodlands Center Atrium.

Each piece will be read in the original language and will be followed with a short explanation in English.

“The literary accomplishments of more than half of humankind, women, have only recently—basically since the second half of the 20th century—been consistently included in the canon and/or made available as a rule,” said Debra Andrist, professor of Spanish.

“Therefore, it is essential to continue to highlight such accomplishments in order that our students, and the community at large, have the opportunity to explore these accomplishments and broaden their horizons.”

The event is free and open to the public. Refreshments will be provided.

For more information, contact the foreign languages office at 936.294.1441 or andrist@shsu.edu.

The Sam Houston State University College of Criminal Justice and the Department of Kinesiology will team up to host “Law Enforcement Fitness and Performance” on March 15 at 2 p.m. in the Criminal Justice Center Courtroom.

The majority of law enforcement agencies require physical fitness tests as part of their job application process and some agencies, like the state of Texas, require all commissioned officers to pass ongoing fitness assessments to remain on the job.

Lt. Greg Davis, fitness wellness coordinator for the Texas Department of Public Safety, will discuss the importance of trooper fitness for on-the-job performance. Davis handles the physical fitness development and assessment for recruits in the academy, as well as the implementation and fitness-for-duty standards among DPS personnel.

“The DPS family has enjoyed great success with our fitness program and sharing it with the rest of our state government family is an honor and privilege,” Davis said.

Texas is the only state in the country that requires biannual physical fitness testing for its officers. Other states, counties and local police have expressed an interest in adopting requirement that can assure that officers can handle the ongoing demands of the job.

At DPS, he began as a trooper in the capital district and was a member of the governor’s protective detail before joining the fitness unit.

For more information, contact Beth Kuhles, publications coordinator for the College of Criminal Justice, at 936.294.4425.

The SHSU Experts Guide was established as a resource for the media, who turn to university experts lists for potential interviewees for news stories. Faculty who are interested in being a part of the university's database of experts can submit their biographical and personal information, as well as their areas of expertise, through the Experts Guide Submission Form available online at shsu.edu/dept/marketing/experts/submit-info.html.

Other story ideas, both news and features on faculty or student research and accomplishments can be sent to today@sam.edu or jenniferg@shsu.edu. For news stories, please include the date, location and time of the event, as well as a brief description and a contact person.

To see a full list of the Today@Sam submission guidelines, or to access submission forms for news and feature stories or hometown releases, visit shsu.edu/~pin_www/guidelines.html.