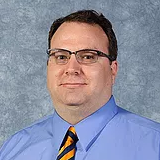 Michael Foster joined SHSU as the Video Producer in 2013. Formerly he worked in local newsrooms in Houston, Austin, Baton Rouge and Lake Charles. He covered life changing events such as the destruction from Hurricane Katrina, The massive fertilizer plant explosion in West, TX and the aftermath of the Virginia Tech mass shooting. While in Houston much of his time was spent adapting and incorporating new technology used to get stories to broadcast. He has won awards from the Louisiana Associated Press and the Houston Press Club.