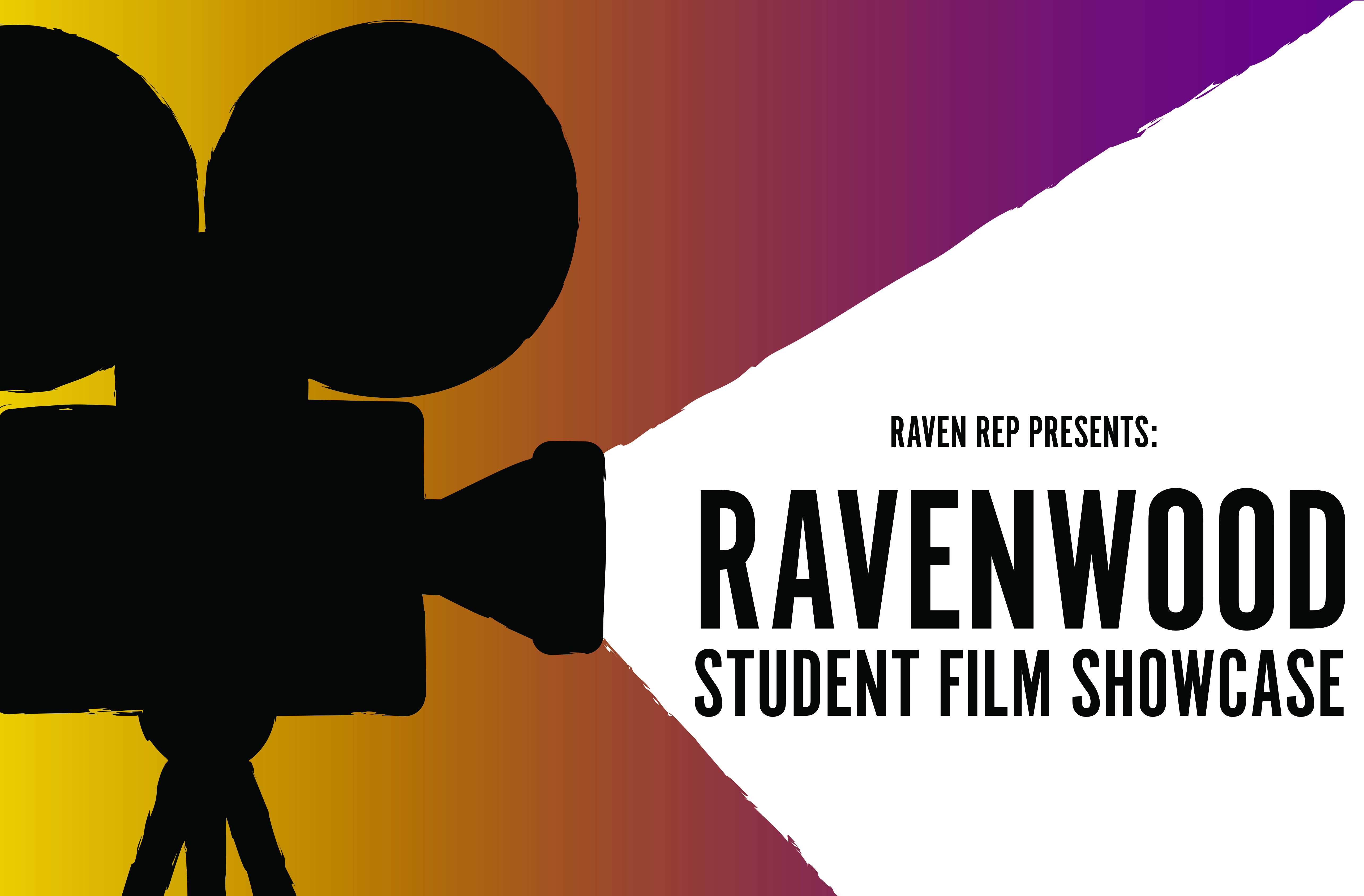 Raven Rep presents the Ravenwood Student Film Showcase. Featuring student films across a variety of genres that excel in creativity and expressiveness. Come and enjoy a night of short films!

Grant Wiedenfeld holds a PhD in Film and Media Studies from Yale University, and an MFA in filmmaking from the University of Wisconsin–Milwaukee. He has published historical research on D.W. Griffith and early cinema, as well as criticism on André Bazin. He has reviewed films for Offscreen, Film Criticism, The Los Angeles Review of Books, and Senses of Cinema. At Yale he curated an avant-garde film series, as well as a program of French experimental films that traveled to Iowa and Wisconsin. His own films have been shown at the London Film Festival, Media City Film Festival, Pratt Institute, and elsewhere. He is Assistant Professor of Media and Culture in the Department of Mass Communication at Sam Houston State, where he coordinates the minor program in Film & Media Studies.

A haunting thriller about the cost of white apathy in modern American society - told only in still images. Written and directed by Benjamin Jefferson. Starring Bertrand Best, Jackson Chamblee, and Megan Weeks. 2 min.

Relient K frontman Matthew Thiessen once described the female mind as being a “complex infrastructure.” This film seeks to examine the many levels of that very infrastructure by employing the use of entirely photographic images and atmospheric soundscapes. A film by Julie Arensdorf. Featuring Julie Arensdorf, Michael Clouston, Levi Mix, TJ May, John Arensdorf, Trace Doyle, Liam Arensdorf. 3 min.

REMINISCING: THE STORY OF PAT AND VINCE

Pat Falbo was diagnosed with Alzheimer’s Disease in 2012. Her husband, Vince Falbo, was her primary caretaker until she was moved to a permanent memory care facility in 2017. Vince has built a support system in the rock climbing community in an effort to cope with his wife’s illness. Directed and produced by Clara O. Rondon. Crew includes Tara Ballew, Amy Huerta, Taylor Killebrew, and Jacob Vincent. 10 min.

In this short film, a dog has run into a predicament. She wants to play ball, but her owner is super busy! Will her human take a minute from her schedule to play ball? Or will she be left hanging with droopy ears? Edited by Cameron Boedeker, directed by Ryan Welch. Featuring Cameron Boedeker and Ryleigh Greyson. Crew includes Hannah Neuhoff and Xavier Lofton. 4 min.

After his final game, a basketball coach reflects on his career as he locks up the gym for the last time.​ A film by Matthew Fitch. Starring Jeff Fitch. 8 min.