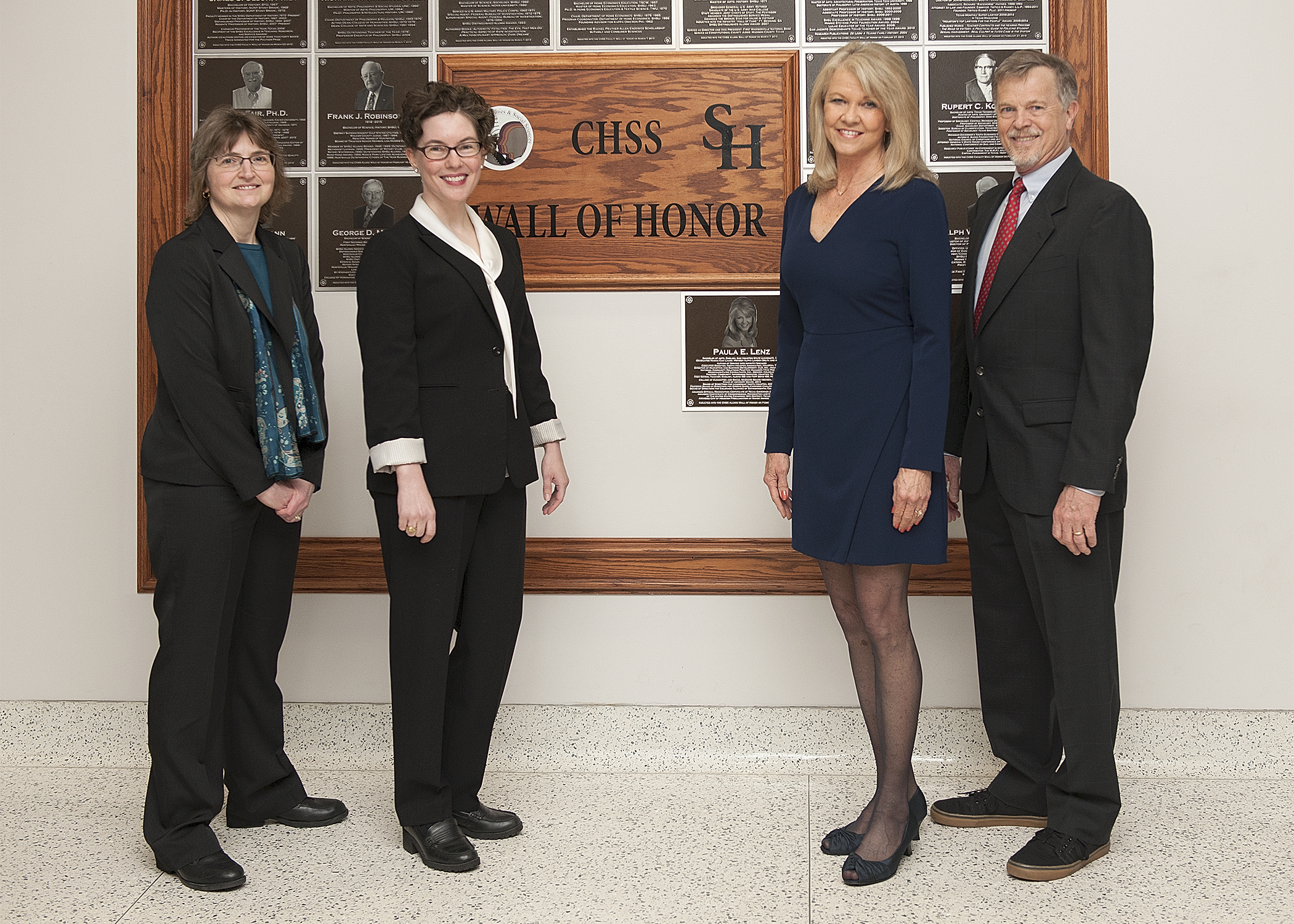 The College of Humanities and Social Sciences honored three individuals on Feb. 22 who brought distinction and honor to the college through their accomplishments and service.

Selected for recognition on the 2019 Wall of Honor were, alumna Paula E. Lenz, and faculty members Rowland S. Miller and Paul D. Ruffin.

The ceremony took place at 5:30 p.m. in the Lowman Student Center Ballroom at Sam Houston State University, followed by a dinner honoring the recipients. 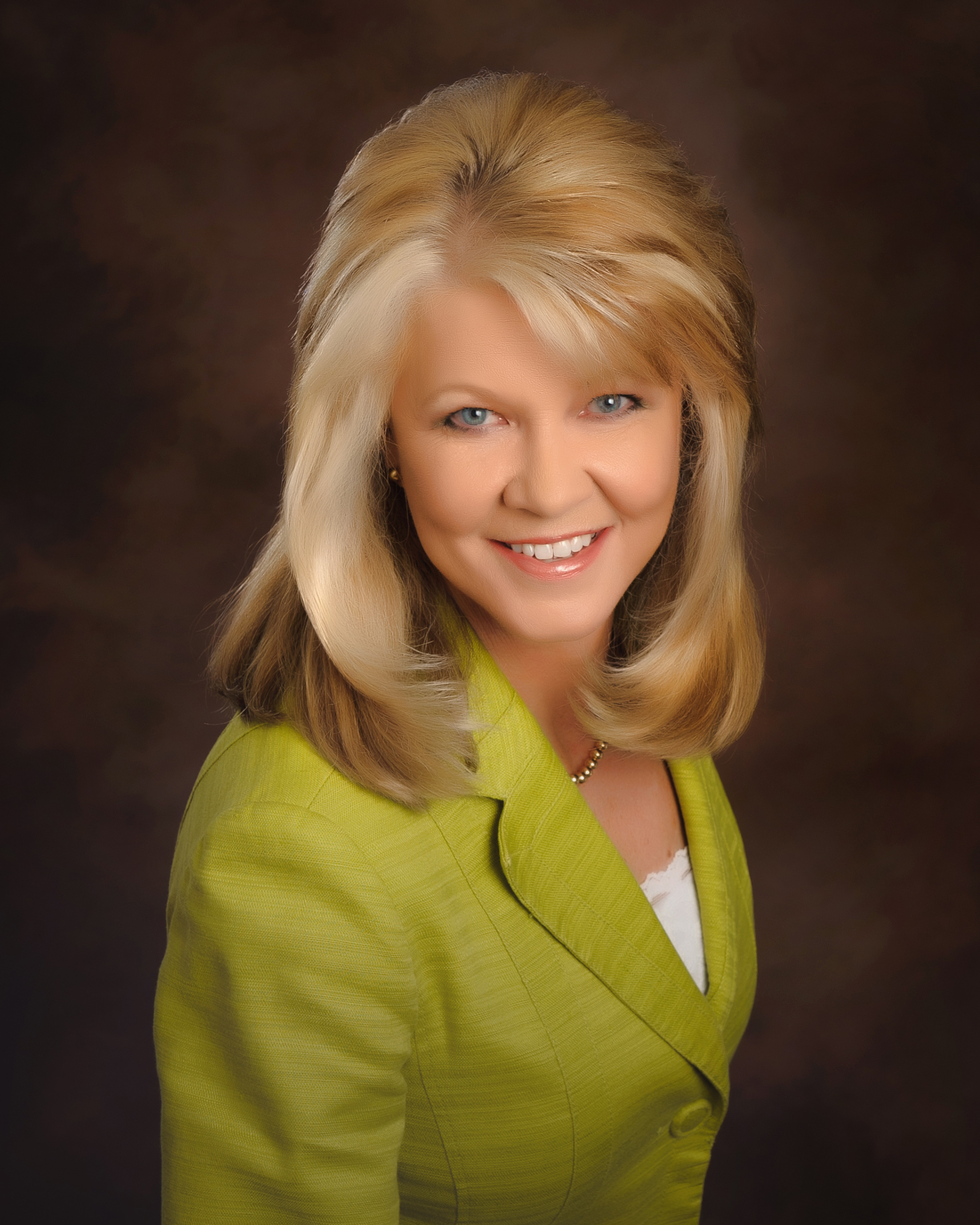 Lenz’s successful career in the fields of education, public relations, and community development exemplifies the versatility of the English degree.  She began her career as a high school English teacher in the Fort Bend and Aldine independent school districts.  She then transitioned to a 40-year career in the fields of public relations, marketing, business development, and community relations.

In 2016, Lenz retired after serving 14 years as the executive director of the North Houston Association (NHA).  She also served on the board of directors for Leadership North Houston and played a key role in establishing the Greens Bayou Corridor Coalition.  NHA board member Vesta Rea-Gaubert describes Ms. Lenz’s work as executive director of the NHA as transformative: “I watched Ms. Lenz grow the NHA from a small group of developers and engineers focused on the area’s mobility to over 100 members representing a cross section of industries in the Houston northwest region and put it on the map as one of the top advocacy groups in Texas.”

Prior to joining the NHA, Lenz worked for several years with civil and environmental engineering firms and was a national manager and vice president for Woodward-Clyde Consultants Inc.

Upon her retirement, Lenz embarked on a new English-related career:  author and speaker. In 2017, she published her first book, “Driving Into Infinity: Living with My Brother’s Spirit,” which includes an afterword by Janice Miner Holden, professor of counseling at the University of North Texas. Lenz speaks frequently about her book to regional and national audiences. In 2018, she was a featured speaker at the International Association for Near-Death Studies (IANDS) Conference in Seattle.

Lenz also is a loyal Bearkat. She served a two-year term as chair of the CHSS Advisory Board after serving as a board member for many years. While NHA executive director, Lenz also created internship opportunities for SHSU students and spoke to a wide range of classes and campus groups about her journey.

Rowland Miller earned a Bachelor of Arts in Psychology from Cornell University and a master’s, and doctorate in Philosophy in Social Psychology from University of Florida. He joined SHSU in the 1970’s. During this period, the Psychology Department was ambitious with the purpose of developing a strong academic and scientifically oriented program. During this time, we were recruiting for a social psychologist. As fate would have it, Miller applied to our program. He had just won a dissertation award from the American Psychological Association (APA). His research was impressive, his letters of recommendation outstanding, and we found him to be very collegial. We felt he was just the kind of person we needed.

We were right. During his tenure at SHSU he played a vital role in moving the department to a level of prominence in the state and the national psychology community. From continuing his nationally recognized research, to winning teaching awards, and serving in a wide range of administrative/service positions, Miller has made the program what it is today.

One particularly important role he played was in the development of the doctoral program in psychology at SHSU. This was not an accomplishment without a great deal of effort; he served on committees, wrote proposals, and fought energetically for the program. Since the doctoral program’s approval, he served as one of the mainstays to bring it to APA accreditation and national recognition.

Over the years, Miller served as an academic model for the program. His personal charm and academic reputation assisted the program in recruiting outstanding people to join the department. He served as a standard for departmental members to increase their research productivity and teaching skills, and he has mentored and encouraged new faculty.

On a more personal note, although he is a University of Florida graduate, I still feel honored to have had Miller as a colleague for many years. He challenged me to do more and made me even more proud to be a member of SHSU’s psychology community. He is more than deserving of this award. Written by Amos Jerry Bruce 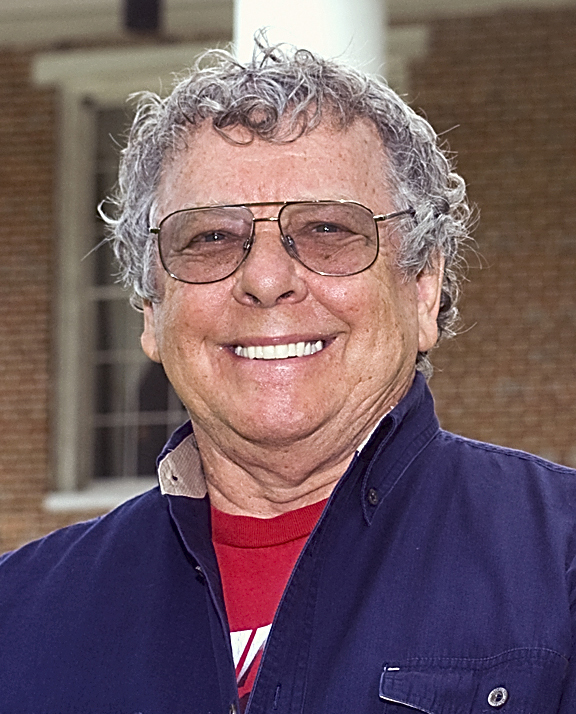 Paul Ruffin was 2009 Texas State Poet Laureate, Texas State University System Professor and Distinguished Professor of English at SHSU. He was Founder and Director of The Texas Review and Texas Review Press. Ruffin, a graduate of the Center for Writers, University of Southern Mississippi, never lost his Southern roots; however, he embraced his new home in Texas, eventually growing to become a Texas literary icon. It was only fitting that he would have become a faculty member at a university named for another powerful Texas and Southern personality, Sam Houston. When he founded The Texas Review 40 years ago, no one could have surmised that he would grow the journal to have its own press, and become what the Huffington Post called, “one of the most successful and dynamic small presses in the United States.”

Ruffin brought forth a brilliant southern voice in his own writing, which included two novels, five collections of short stories, four books of essays, and seven collections of poetry. He edited or co-edited fifteen other books, including Norton’s Introduction to Literature and Introduction to Poetry, and Harcourt-Brace’s College Creative Writing Handbook. In addition, he produced a weekly newspaper column, Ruffin-it, which has appeared in newspapers throughout Texas, Mississippi and Alabama. After being recognized as Texas Poet Laureate, he was featured on Voice of America, National Public Radio and many other national programs.

Ruffin was born in Millport, Alabama and grew up on Sand Road, five miles outside of Columbus. After serving in the United States Army Infantry, he attended Mississippi State University, earning a degree in English. He taught at Hamilton High School, Lee High School and Caldwell High School before entering graduate school, where he received his PhD.  Soon after, he moved to Texas to take a position at SHSU, where he taught until April 13, 2016, the day of his passing. Written by Texas Poet Laureate, Dave Parsons