On Tuesday, April 7, 2020, history was in the making within the SHSU Department of Theatre. Professor Thomas Prior held a Zoom meeting with nearly three dozen members of the National Alliance of Acting Teachers to discuss a performance technique developed by Sanford Meisner, an American actor and teacher. Meisner’s approach was monumental for helping actors connect emotionally with their scene work, despite being different from traditional methods. The key to the Meisner technique is not to plan for the dialogue, but to focus on a personal element of truth.

Thomas Prior has been a professional actor for over three decades and has been teaching for the past two, beginning at the University of Houston where he received his MFA. He started to integrate this method after receiving his certification from the True Acting Institute. He derived it from master teacher, Larry Silverberg, who worked directly with Meisner in New York City. “What caught my attention was the absolute honesty and genuine moments it created onstage between two people. I was witnessing effortless, true acting,” he notes of his first experience with the Meisner technique.

Prior has found it to be a bit challenging for new students, considering it forces them to get in touch with deep and often repressed emotions. He explains, “It explores extreme vulnerability onstage, and students in their early 20s sometimes have a hard time with that. So, I push them into a zone of discomfort. But when they go there, they're surprised at how powerful the work is.”

When actors reach into their soul for their element of truth, it puts them in a headspace to be fully in touch with their emotions and apply that self-discovery to imagination. It makes acting look less like acting and more like a true event. During this Zoom meeting, Thomas Prior had two of his students Angie Utrera and Victor Flores, display the technique for the participating audience. Although they were in two separate locations and faced the boundaries of physical distance, they used their elements of truth to play off each other. Angie Utrera uses anticipations of the future to get into the zone. “As a senior in college who is about to go out into the industry, I have a lot of anxieties about my future so if I have to come into a scene elated, I would imagine how happy and relieved I’d feel if someone offered me a contract that paid well and allowed me to continue doing what I love. Another element of truth that is effective for me is thinking about losing somebody I love, such as my grandmother. I never see her because she lives in Spain which would make it hard to go to her funeral. Thinking about that touches me enough to trigger an emotional preparation.” 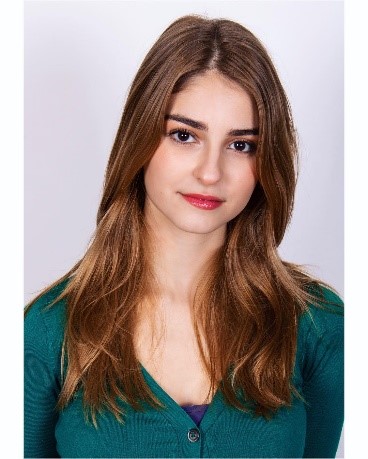 Thoughts such as those are what propel rehearsals where actors use improvisations and repetitions, especially in partner acting.  In their Zoom meeting, Angie and Victor rehearsed a scene in which they were both visibly upset with one another. They verbally mocked each other, vulgarities and all, to get in the zone and fuel their fires. This went on for several minutes as they got further into their respective characters before they even mentioned the first written lines of the dialogue. Utrera encourages acting students to be open and trust their instincts. “My favorite thing about rehearsing with this technique is that sometimes, by following our impulses we do things that are genuine that tell the story very well. Every rehearsal new things happen, some may be kept and some others may not be the best choice, but using the technique makes that exploration possible.” She also recommends daydreaming and journaling to get in touch with emotions that could enhance a character.

“​I love the fact that when you're doing the work, you don't know what is going to happen. There is no planning involved save for doing the imagination work on the activity. After that, it's all based on what the other actor is giving you,” Prior adds. It makes the performance much more captivating and convincing.

As a groundbreaking strategy that remains timeless, the Meisner technique comes with many benefits for actors everywhere. It especially comes in handy during times of social distancing when all the rehearsal equipment actors have at their disposal are their thoughts and an internet connection to other actors- which is why Thomas Prior finds it so valuable. “While we’re disconnected, it makes the power of trying to connect all the more real and visceral.”

CAM In The News

Keep up-to-date with what's happening in CAM! Are you a student, faculty/staff, or alumni who has a CAM story to share? Contact us at, marketing@shsu.edu.