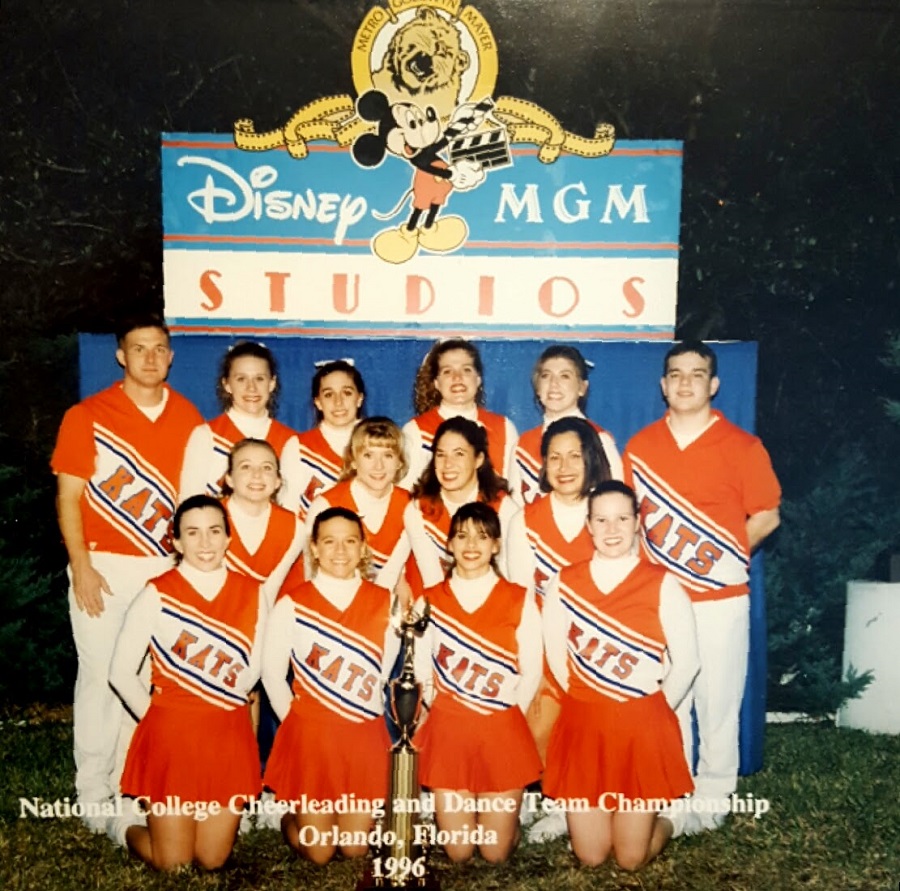 1996 marked the first year Sam Houston State University had a competitive all-girl cheerleading squad. It was also the year SHSU women made history by earning the first National Champion title in the all-girl division. While the group wasn’t officially recognized by the university at that time, it didn’t stop them from forging their own path to victory.

“People assumed only men had the strength to throw women in stunts. Back then, an all-girl squad was a new concept for Sam, and those in charge would refer to the co-ed squad as ‘varsity,’ so we decided to call ourselves ‘JV,” said Mandee McCraw McAdams, who was a student in the group at that time.

According to alumna Robyn Hagen McNamara, the idea of a collegiate “all-girl” group was considered uncommon.

“The co-ed team was the elite team. Our squad was an experiment, so we always felt like an afterthought. This caused us to band together more, and we used that to drive us,” McNamara said.

With limited support, just getting to the national championship in Orlando was a challenge. Although the Universal Cheerleaders Association paid for the varsity squad to travel, the all-girls team had to pay a portion of the cost on their own. When they weren’t practicing routines, the tight-knit, strong willed group of young women (and two men) held fundraisers to pay their way to Florida.

Competing with universities from across the country, and surpassing 11 other teams in the finals, SHSU’s all-girl squad secured the National Champion title in the all-girl division. The co-ed (varsity) team earned a second-place division 1 position.

“It was surprising to everyone. We didn’t really think it could happen,” said Traci Freitag Minter, who was a freshman at that time on the squad.

Just as they had earned their way to nationals with little support, they also bought their own championship rings.

“Since we had dubbed ourselves the ‘JV’ squad, we actually put it on our championship ring design,” McAdams said. “At the time, no one thought much of our National Championship win, but we walked away with our heads held high. We each took away different lessons from that year, but one thing was certain—we learned that even through adversity, we had accomplished our goals; and we had the power to stand up for ourselves afterwards and make a statement by leaving.”

Apart from one student, none of the other members of the all-girl squad returned to cheerleading the next year. 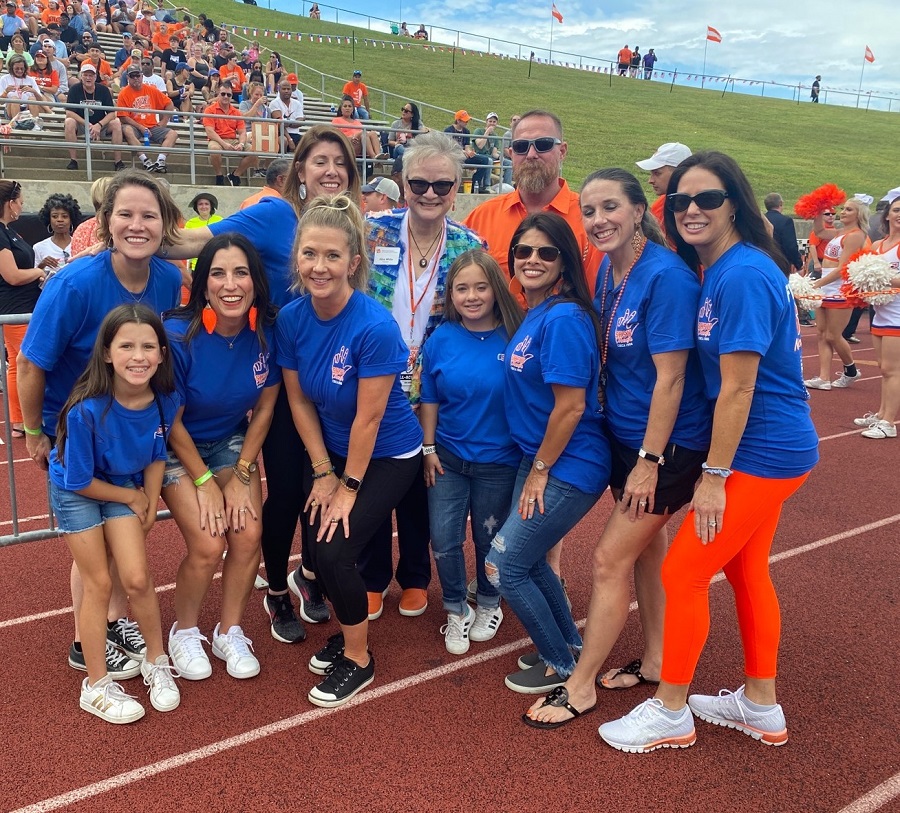 While little attention was paid in 1996 following their victory, members of the all-girl squad were pleased to return 25 years later, thanks to help from Brian McColpin, SHSU’s associate director of student activities.

“I meet several of the ’96 team members at homecoming 2019. We were honoring the ’19 national championships and the ’96 alumni explained how they never received recognition. I knew right away we needed to get the team back together and they were willing to help,” McColpin said.

For homecoming 2021, McColpin invited the ’96 alumni to the football game. In addition to touring facilities and having dinner with current students on the cheer team, a special moment was dedicated to the ’96 all-girl squad at the game when they were invited to the field to be publicly recognized.

“I can’t tell you how meaningful it was to come back and see how strong the cheer program is, especially the all-girl squad. We shed a few tears that weekend, and we can’t thank Brian enough for being so welcoming,” McAdams said.

In their typical “can-do” Bearkat spirit, they also found a way to give back. To show their gratitude, women from the ’96 squad raised $700 to support the current SHSU spirit program. Twenty-five years later, they all agree that winning the championship was a magical time.

“Every time I come back to campus, I feel more pride and smile a little more after seeing what our hard work, sweat and tears created, by witnessing what an amazing program Sam has fostered,” McNamara said.