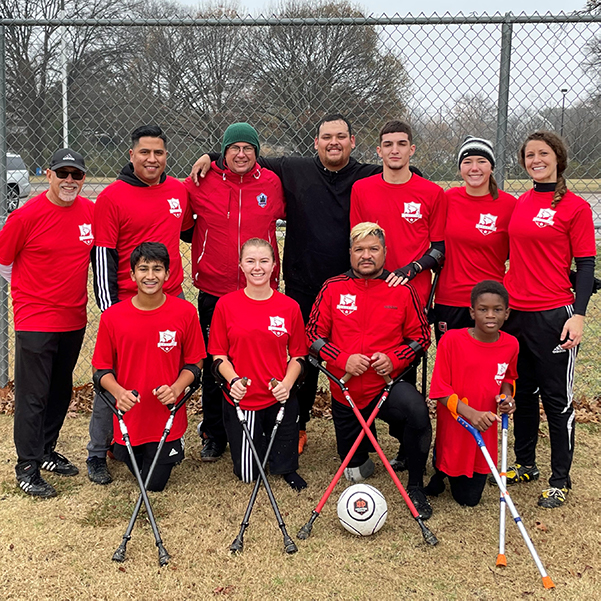 Living out the university motto, “The measure of a Life is its Service,” Sam Houston State University alumnus Robert Ferguson continuously serves others through his nonprofit work. Four years ago, Ferguson started the Lone Star Adaptive Soccer Association, to give back and help others realize their potential.

In 2009, Ferguson’s right leg was amputated due to a military training accident. He grew up playing soccer, and even played semi-pro when stationed in Germany with the United States Air Force. After the amputation, it took him seven years to find out there were still opportunities for him to play the sport he loved. After joining the U.S. National Amputee Soccer team five years ago, Ferguson decided he wanted to help other athletes like himself get back in the game.

“After I lost my leg, I thought I’d never play again, and I swore to myself that I would never let another person who has had this love for the sport feel like they’d lost it,” Ferguson said. “So, I came up with my own regional thing here in Texas, and it’s starting to catch some traction. I just have a huge propensity for wanting to help people, which is why I went with my degree in psychology, and this allows me to combine those two things. I get to help people play the sport that they’ve been told they can’t or never would again, and I get to help them heal emotionally and mentally.” 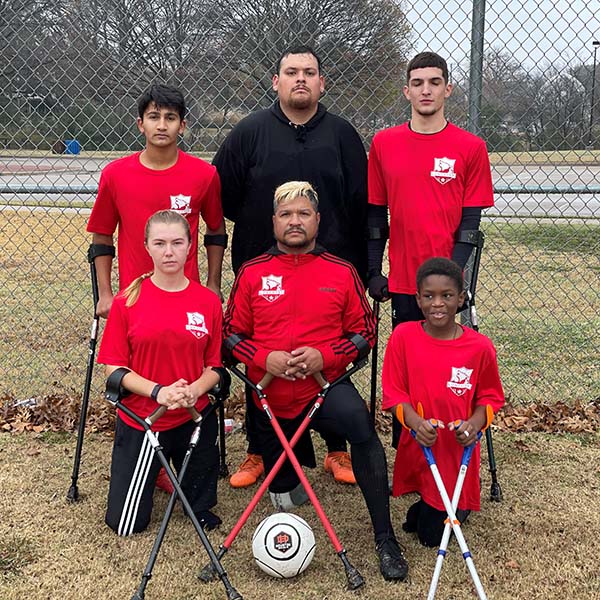 The Lone Star Adaptive Soccer Association now has athletes around the state and across the nation, and includes players as young as five years old, as well as those up into their 50s. Each year, the association hosts soccer camps in major Texas cities where the members come together to play and further develop their skills.

“Once a quarter, we pick one of the major cities in Texas, whether it be San Antonio, Dallas, Fort Worth or Houston, and we bring all of the Lone Star family together,” Ferguson explained. “We basically do all the same drills that able-bodied players do. We just do it a little different. One of the biggest things we do at the camps is take a long break where all my players sit down and talk. Older guys will talk about how they’ve dealt with the bullying or stares or questions, and they get to help younger kids understand that they’re stronger than they give themselves credit for.”

Ferguson, his wife and his team all contribute to the association as volunteers. Outside of the association, Ferguson works with multiple other nonprofits: Operation K9, which supplies service dogs for disabled veterans; Heroes on the Water, which takes out active-duty veterans and first-responders to kayak and fish in Matagorda Bay; and Serve Outdoors, which hosts hunting, camping and fishing trips for people with disabilities. 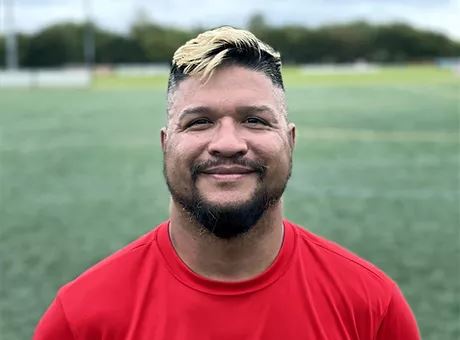 “My biggest goal for the association at this moment is to get sponsors,” Ferguson said. “I really want to be able to financially sustain the organization and be able to continue being there for players to allow them to heal and grow. Everything else as far as the sport will come with time. I’d love for our regional team to someday take on the Bearkat soccer team.”

As the association continues to grow, Ferguson encourages soccer players, athletes in other sports and supporters of the cause to reach out through their website.

“We always need people to come out and cheer these athletes on, and we are always looking for athletes,” Ferguson said. “The more people we get out there, the more lives we will be able to touch. And if soccer isn’t their sport, I have the connections to get them into other sports like wheelchair basketball, wheelchair rugby, wheelchair football, wheelchair softball, blind baseball, cycling, etc.