Each year, Sam Houston State University honors faculty members whose teaching, scholarly accomplishments, service, and academic engagement stand out among their peers. Benita Brooks, assistant dean of diversity, equity and inclusion in the College of Education is the recipient of the 2022 David Payne Academic Community Engagement Award for her tremendous impact on the community through academic service. 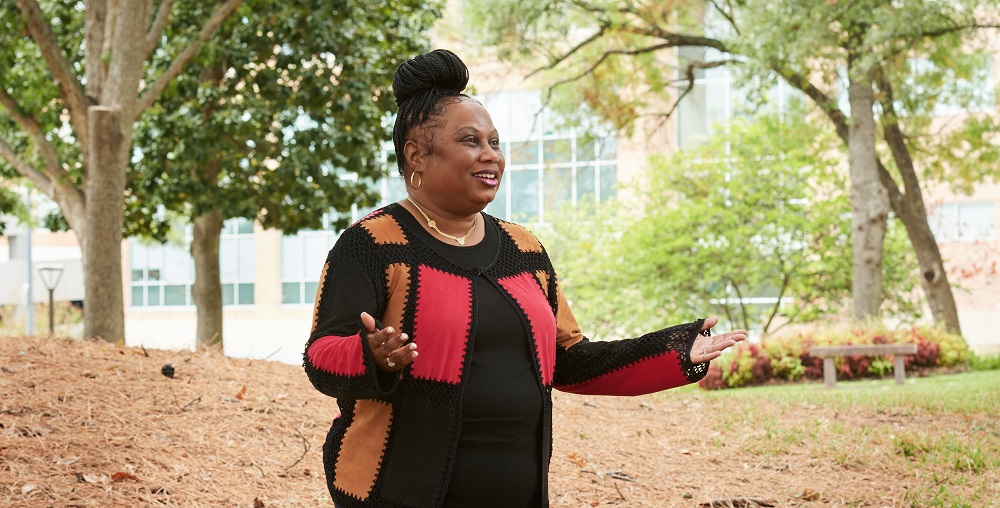 Go to the people.

It is the start of a famous quote by philosopher Lao Tzu that Sam Houston State University’s Benita Brooks has always considered the driving force behind her strategy to serve others. It was also an intricate reason she was named the university’s 2022 David Payne Academic Community Engagement Award recipient.

Brooks, an associate professor of literacy and assistant dean of diversity, equity and inclusion in the College of Education, has never known any other strategy. It was instilled into her at a young age growing up as one of four children to a single mother in Greenville, South Carolina after her father passed away when she was only two. Her mother volunteered for Meals on Wheels for over 20 years and, as a child, she assisted her mother in delivering food to wonderful people such as Mr. Day.

“I had a pre-K and kindergarten teacher named Don James, who was culturally responsive before it was identified as such,” Brooks said.

James, a white man, would provide home visits for his students. Brooks remembered him sitting down in her house with her and her mom, discussing her specific academic interests.

“Imagine a white male in the 1980s coming to a predominately Black community in the South,” Brooks said of the man who would help shape her innate knowledge of diverse relations in education from an early age. “Instead of him exposing me to literature that he liked, he wanted to make sure I learned to read using literature I enjoyed.”

“They all approached me and helped me cultivate the gift I had inside of me that I did not know existed,” Brooks said. “I always wanted to make sure that I passed the torch onto others.”

This mindset was the basis that forged the Huntsville Immersion Partnership (HIP) after school program, which connected local students at the Boys and Girls Club of Huntsville with tutors who were studying to be teachers. Many of these teachers studied under Brooks, who teaches a literacy block class that provided said educators with the proper literacy methods in terms of content but also helpful ways to engage with students from different backgrounds on a personal level. 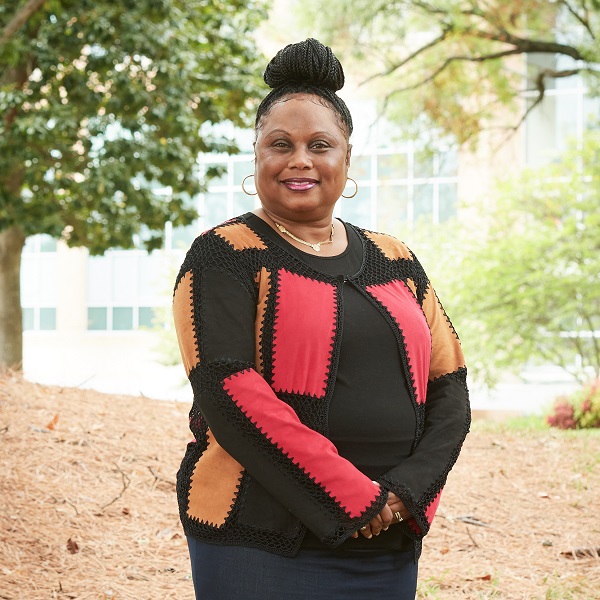 This included administering questionnaires or surveys to the children asking what parts of the process they enjoyed, allowing kids to have a voice. It allowed the instructors to build relationships with the kids based on what they shared about themselves.

Brooks originally had the idea to develop the HIP program during the 2018-19 academic year after Huntsville ISD received a particularly poor grade from the Texas Education Agency.

“That brought down the morale of the town,” Brooks said. “I heard lots of people say negative things about the district. I got tired of hearing that because I knew the kids in the district heard those same narratives. I knew those children at the Boys and Girls Club had gifts buried inside them and we needed to help them realize those.”

Brooks regularly hears from several of her former students who honed their teaching skills in her literacy block course. One of those students is Anthony Anderson, an eighth-grade ELA teacher in New Caney ISD who provided a letter in support of her candidacy for this award.

“Dr. Brooks has not only been a substantial professor, but a great representation of an individual who tirelessly gives back to the community around her,” Anderson said.

Anderson also remarked on the effectiveness of Brooks’ Diversity Certificate Program, which she also championed. Brooks strategized a plan to educate future teachers on diversity, equity, and inclusion to help create culturally responsive classrooms. Attendees received certificates at the end of completing the program.

“It provided them with the foundation they needed to build relationships with those students they may not have traditionally looked like them or come from the same background they did,” Brooks said.

Using her platform, Brooks created initiatives in the community that offered substance and consistency rather than one-time hits. Her work emerged children and current and future teachers in the community in lasting work in education and acceptance that will be strongly felt for years to come.

Along with teacher candidates tutoring the students, the projects resulted in Brooks’ colleagues offering different arts and science projects as well as famous children’s author Ben Mikaelsen coming in for a visit.

“It was really about exposing the kids at the Boys and Girls Club to opportunities they normally would not get,” Brooks said.

Brooks began working at SHSU in 2014 after receiving her Ph.D. from the University of Nevada Las Vegas. She worked briefly at Augusta University in Georgia prior to getting married and moving to the Houston area. She had never heard of SHSU at the time, but it has turned out to be a perfect platform for her career and service.

Brooks called the award an honor and a privilege before dedicating it to her great-grandfather, who was always denied the opportunity to pursue an education based on the color of his skin despite a lifelong desire to do so.

“He was born in 1902 in South Carolina, so he wasn’t allowed to learn how to read and write,” Brooks said. “For people like him, who died without the opportunity, this award is for them.”

“Go to the people. Live with them. Learn from them. Love them. Start with what they know. Build with what they have. But with the best leaders, when the work is done, the task accomplished, the people will say 'We have done this ourselves.” –Lao Tzu