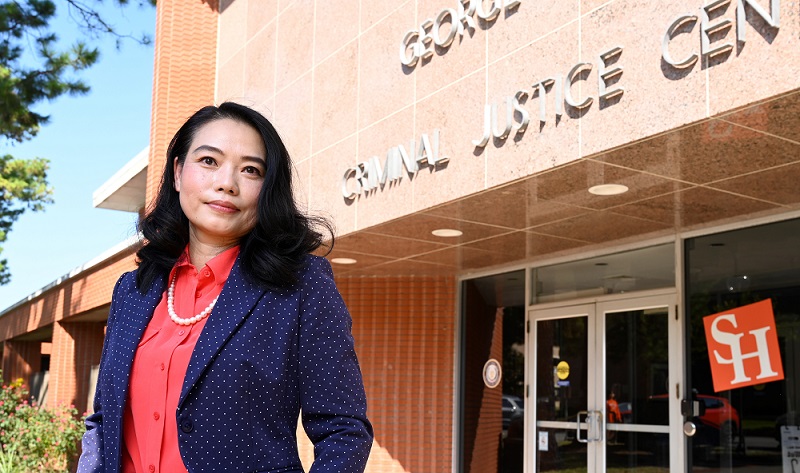 Domestic violence is a public health and criminal problem nationwide. In recent years, many Texas jurisdictions have been working towards a solution to the problem.

When it comes to the judicial system in the state, numerous counties find it beneficial to implement specialty courts. Such specialty courts include drug related offenses, veteran affairs, mental health and domestic violence. These courts implement strategies and approaches specific to a specialty, typically leading to timelier prosecution of offenders. Specialty courts also often include features such as rehabilitation programs for the accused and convicted.

According to Ren, it is estimated that there are over 200 Domestic Violence (DV) Specialty Courts now in operation in the United States. Texas is well known for its specialized DV courts located in various large counties, some of which are recognized as national leaders by the U.S. Department of Justice’s office on Violence Against Women. Yet, when looking at the literature on these specialty courts, few in Texas have been systematically and scientifically evaluated. Ren helped to change that, specifically for the DV Specialty Court in Montgomery County.

The Montgomery County District Attorney's office asked her to evaluate their decade old DV Specialty Court. This included a review of data from 2009-2018, as well as the two-year period prior to the court's establishment as a comparison. The D.A.'s office was looking for a rigorous and scientific assessment of what they had done to determine if they had been successful or not, and what the impact of the DV Court was during that 10-year timeframe.

Soon after hearing of the D.A.'s needs, Ren applied for a competitive internal grant from the Office of Research and Sponsored Programs at SHSU. She was quickly awarded funding for this proposed project. The D.A.’s office also contributed financially, creating a strong partnership.

“Not having a lot of literature on these courts makes this evaluation so unique, interesting and, I will say, valuable,” Ren said. “When practitioners and their agency pour a lot of resources to support this practice, you would want to know how these courts impact the victim, offender and, perhaps, the job satisfaction among practitioners - like a prosecutor.”

Ren dedicated herself to providing the most accurate evaluation of data. While she could have taken a random sample of cases from the past ten years, she instead decided to look at the data case by case, equating to just under 6,000 domestic violence cases. With the help of select PhD students, she was able to analyze every case, each one with 300-plus individual variables. Her findings culminated in a final, 100-page report completed in late 2021.

“I felt the prosecutors, judges and probation officers give a lot of attention to each case. It is only fair that we researchers do our due diligence, so that is how I made my decision,” Ren said. “I saw how much time and commitment is given by the D.A.’s office, the court judges and the probation department. I will say, their success was due to teamwork.”

The accomplishments of the DV Specialty Courts were clear in Ren’s findings. 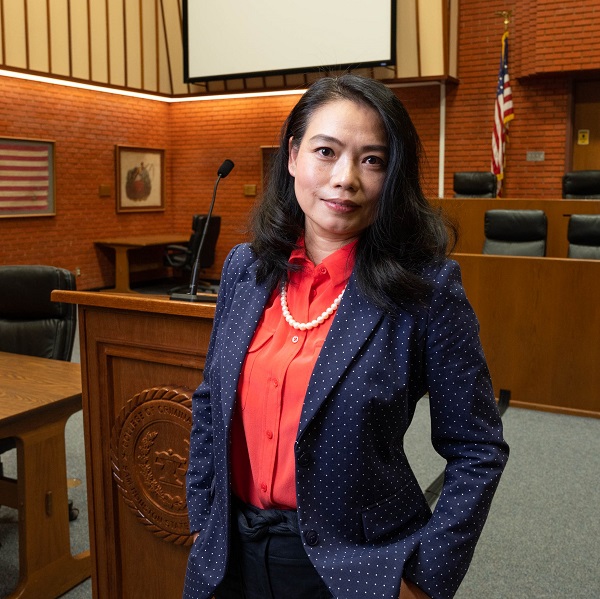 “The average conviction rate per prosecution by all DV Courts is incredibly high at 89 percent for nearly a decade. They have incredibly determined and aggressive prosecution, all supported by statistical results. This puts Montgomery County among the national high performers in handling assault family violence cases. One of the hallmarks of the DV Specialty Court is its very quick processing time. Typically, when you have quick processing, the victim will be better protected. The prosecutors will also have witnesses recanting stories less often, so they will have stronger evidence from the witness and the victims to support their prosecution. The fastest case processing time documented by the DV Court from case intake to conviction was 38 days by aggregated median measure. That is very quick if you compare it with literature conducted in other jurisdictions,” Ren concluded.

Ren’s diligent work did not go unnoticed. The D.A.’s office and DV Court judges were extremely pleased with her findings. Judge Echo Hutson, who was the DV division chief at the time and will soon be assuming the role of County Court Judge at Law Number 4 (the DV Court), was particularly impressed.

“Dr. Ren was extremely thorough and careful with collecting, organizing and quantifying her data, wanting to ensure the accuracy and completeness of it before analysis,” Hutson said. “Both the DV Courts and the District Attorney’s office have found the information to be highly informative. It is very encouraging knowing that we have created something that has made a difference in our community in such a critical area as domestic violence.”

While Ren’s report provided the Montgomery County D.A.’s office with evidence of success, it also identified areas needing improvement. To continue performing at such a high level, many judicial officers believe they will need increased support for understaffing problems, probation supervision, offender rehabilitation programs and victim services. According to Ren, it is imperative for DV courts to function well in all areas to help both the victims and offenders.

“To be successful requires multiple players. Not only prosecutors and judges, but also victim advocates and service providers to ensure we can reduce recidivism rates and prevent these things from happening again. It is a cycle, so I think the judicial system bears some responsibility to break that violent cycle for the victims as well as for offenders,” Ren said.

Thanks to this collaboration between a professor and community partner, Ren’s findings have renewed the confidence of the Montgomery County D.A.’s office. They can now rest assured that the DV Specialty Court has, and will continue to, assist domestic violence victims and offenders for years to come.