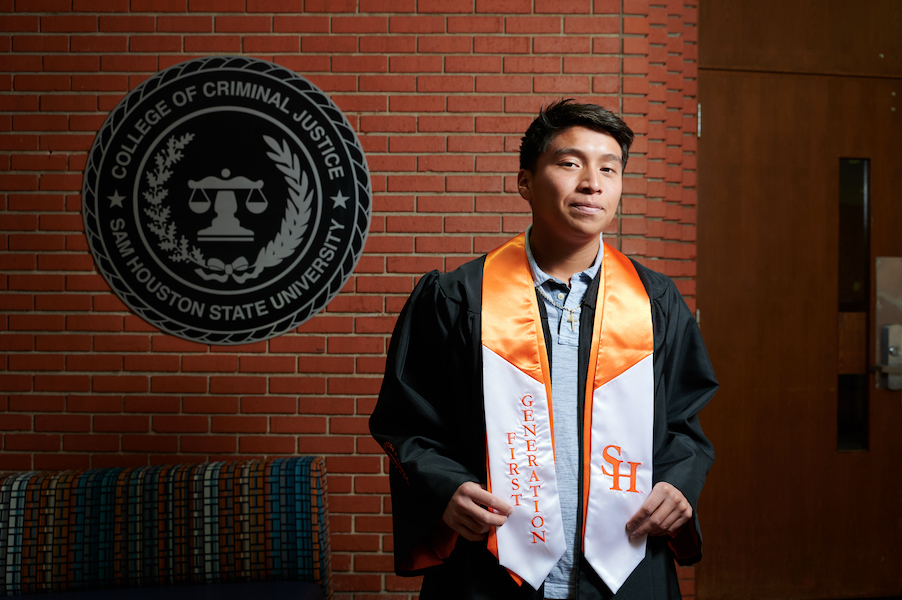 Since middle school, Jose David Ramos knew that criminal justice was the path for him. When asked in high school which college he would like to attend, Sam Houston State University was his answer. At the time, he was simply blurting out the first college he thought of, but he soon learned that pursuing criminal justice at SHSU would put him in one of the best programs in the state.

“Ever since my junior year I decided I’m going to go ahead and apply,” Ramos said. “Sam Houston was my first choice. It was the only school I applied to.”

His passions lie not only in criminal justice but in languages as well. When he first came to SHSU, he knew six languages and discussed a language minor with his advisor until a professor convinced him that pursuing a double major in French and criminal justice could provide him with more opportunities. With his degree plan lined out, he still needed help to pay for his education and gain valuable work experience. This resulted in the challenge of juggling coursework, independent language studies and three jobs.

“I had my job at the Academic Success Center and, when I wouldn’t have students available, I would get my homework done or I would study my languages,” Ramos said. “Maybe I’d watch a Netflix show in that language. That way, it’s not like more studying but it’s more like I’m doing something that I already do.”

Currently, Ramos can speak 10 languages and independently studied some while fulfilling his other duties and assignments at work and within organizations such as the International Student Association, ELITE and the Elliot T. Bowers Honors College. Aside from his work at the Academic Success Center, he works as a server, busser and greeter at restaurants in Huntsville and The Woodlands. 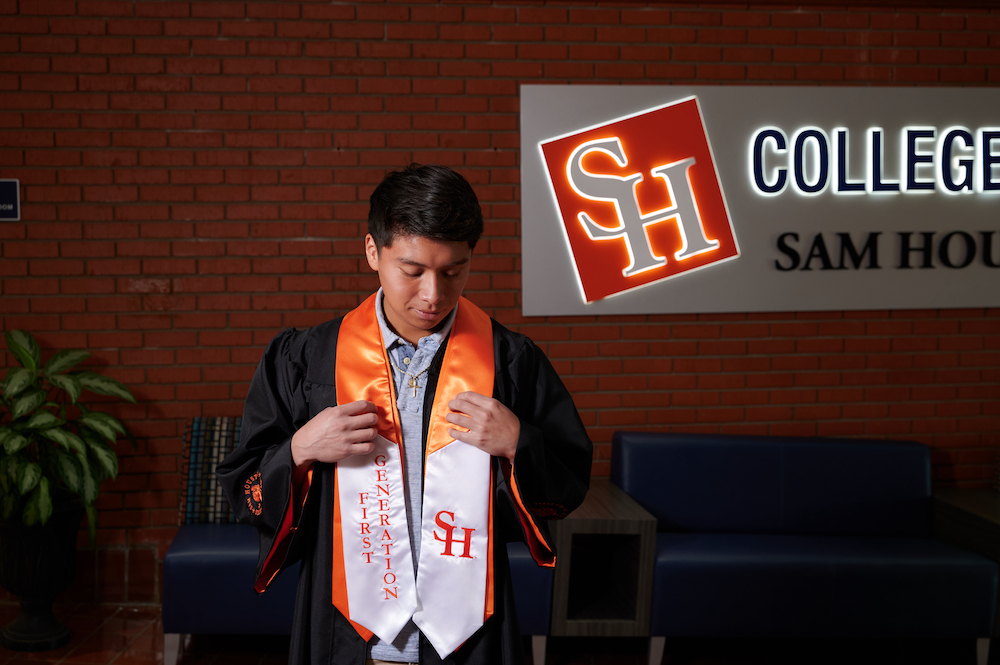 “My jobs are very flexible, they understand I’m a student,” Ramos said. “That’s how I was able to juggle my homework, organization meetings, school and everything: making sure my jobs were flexible.”

Ramos’ hard work and language studies have paid off and provided him the opportunity to become an intern at Interpol in France upon graduation. After completing his internship there, he plans to either get hired at the international policing agency as a translator or join the DEA or FBI in a similar role. While he has some stateside policing institutions in his list of future prospects, Ramos hopes Interpol will provide him the opportunities he seeks.

“I’ve traveled to Europe multiple times and I was looking at Interpol’s website, which really got my attention,” Ramos said. “I’m just in love with being over there and, since I’m able to speak those languages, I’m able to communicate and get around without any issues.”

While reflecting on his time at SHSU, Ramos is grateful for the friends he has made and the opportunities he was afforded through university and student organizations. He feels prepared for what his future holds thanks to assistance he received from his professors and peers.

“Overall, Sam Houston has prepared me to not stay still,” Ramos said. “I could have easily come here as a student, done my class work and then go home but I decided, no, I want to get more involved, I want to go and meet people and I want to get involved in these organizations. I want to see what else is on campus. That’s one thing Sam Houston has taught me: go out and look even more, don’t be limited to one thing.”