As the clock ticked down to zero on the Bearkats first FCS football national championship victory, the cameras began panning the crowd to look for fans celebrating the win. That is when ABC’s cameras caught a moment of pure celebration from Sam Houston State University student Garet Rose.

After spending the day fighting through rain delays and watching SHSU come from behind to win, Rose let his emotions fly jumping up and down, taking off his hat, and raising his hands in the air while yelling.

“It was just a moment of pure joy,” Rose said. “I was praying in the stands the whole time and when Eric Schmid threw that game winning touchdown it felt like an instant answer, so I let out a lot of emotions.” 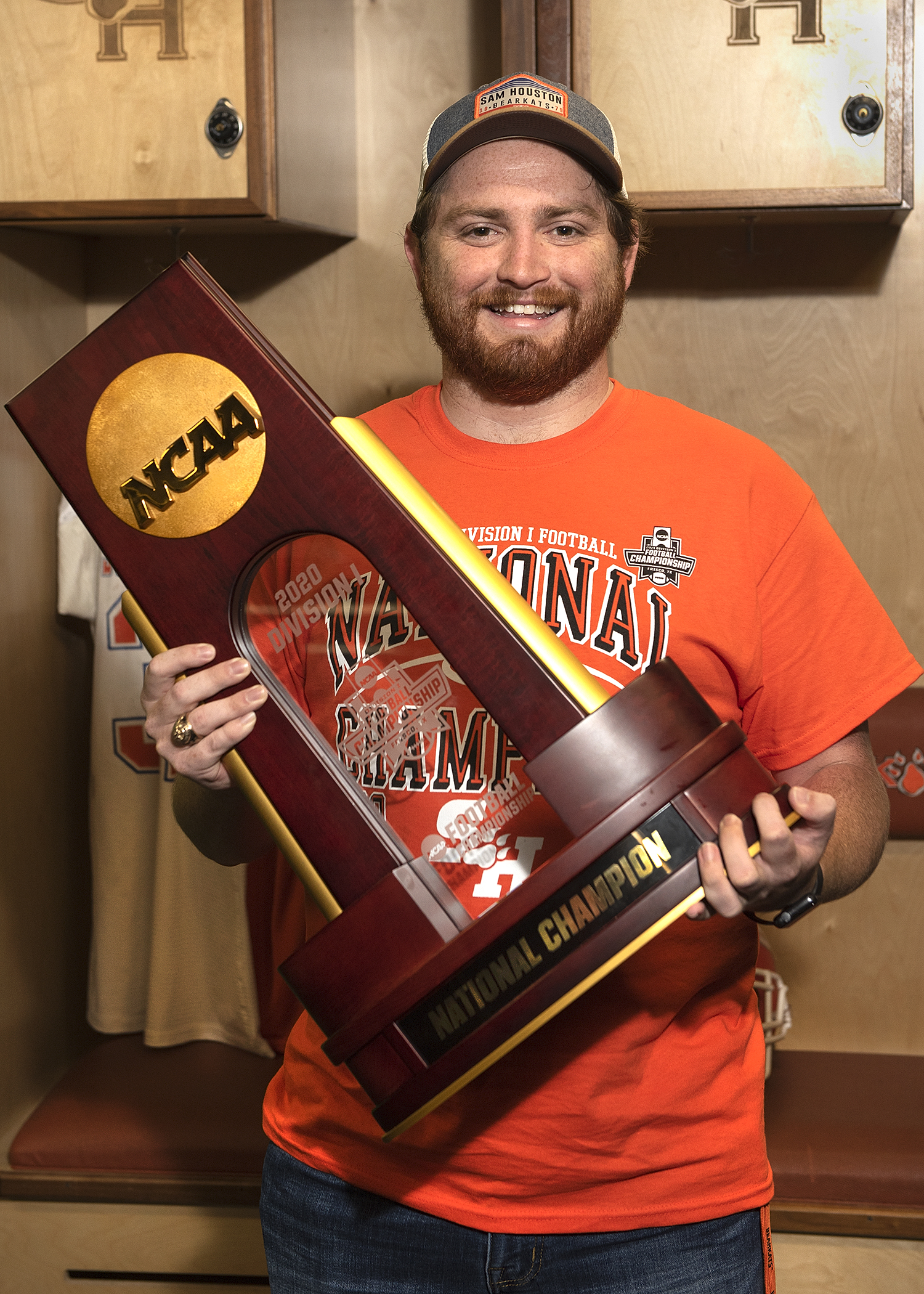 Rose, a senior at SHSU majoring in General Business with a minor in Management, said that after his phone began receiving cell service upon leaving the stadium, he had never received so many messages at once. Not only had his friends and family spotted his 5 seconds of fame, but Bearkat fans everywhere identified with his passion and joy after the huge win.

“I think it was a good thing that my phone wasn’t working in Frisco, because with the number of messages I got later, I think it might have blown up,” Rose said.

“It is still mind blowing to see how many times the celebration has been shared,” Rose said.

The one that stood out to Rose the most was a photoshop of his crying face on top of the giant statue of Sam Houston on Interstate 45.

“That is my favorite one because growing up in Madisonville, Texas, I have driven by that statue countless times, and seeing my ugly crying face on it was a lot of fun,” Rose said.

Becoming an internet sensation does have its perks, however. Rose says he has done several interviews now, including with ESPN Central Texas, and SHSU even invited him to hold the championship trophy to recreate his celebration.

“This is surreal. I would not have thought any of this would ever happen to me,” Rose said. “I feel like the celebration resonates with people because they understand the emotions of the moment. I am glad I got to show a national television audience how Bearkat nation felt to get this win.”