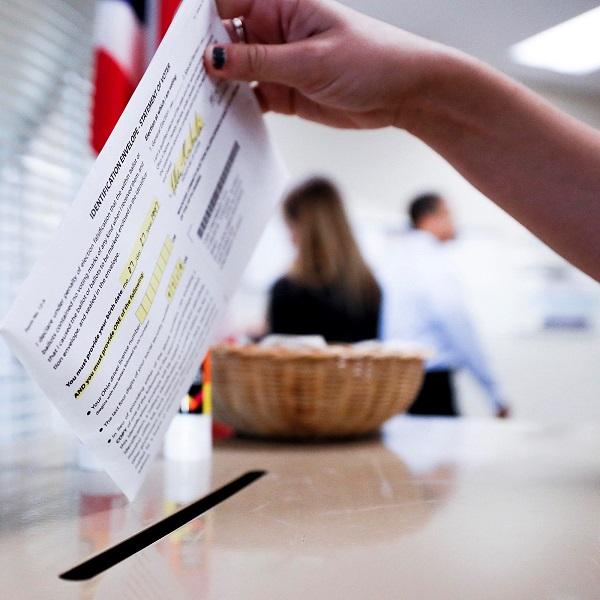 A professor at Sam Houston State University has uncovered occasional irregularities in primary elections in Texas and West Virginia, showing that some candidates’ ballot positions are not uniformly determined at random, as required by state law.

In a new working paper, “Testing for Bias in Order Assignment,” economics professor Darren Grant developed new statistical tests that can detect an unusual degree of non-randomness in such circumstances. Grant then applied these tests to data on Texas and West Virginia’s 2018 and 2020 primary elections.

“Most of the time, these tests indicate that Texas county chairs, who are responsible for arranging candidates on the ballot, are doing so randomly,” Grant said.  “But there are some exceptions in both parties.”

In these instances, Grant suggested that some county chairs are not determining ballot order randomly. The most notable exception on the Texas Democratic side occurred in the 2018 primary for U.S. Senator, in which eventual nominee Beto O’Rourke was listed first on 118 counties’ ballots, far greater than the 85 expected from random chance. On the Republican side, the most notable exception occurred in the March presidential primary, in which incumbent Donald Trump was listed first 52 times, well more than the 36 times that would be expected from random chance.

From Grant’s tests, the strongest evidence of ballot order manipulation in West Virginia occurred in the 2020 Democratic primary for U.S. Senator and the 2020 Republican gubernatorial primary.

“In some cases, in West Virginia, it appears that Democratic clerks are setting the order one way and Republican clerks are setting it the other way. Fortunately, in these cases, the outcome of the election was not affected,” Grant said.

Studies show that ballot order does, in fact, affect the outcome of a small number of elections.

“That is why it is important for it to be randomized throughout the state.  The tests developed in my paper can help ensure that this does, in fact, happen,” Grant said.

Grant’s paper has been placed on the Social Science Research Network and can be found here.  It has not been peer reviewed.

Grant also sat down with KBTX to discuss this issue in depth, check out that interview here.