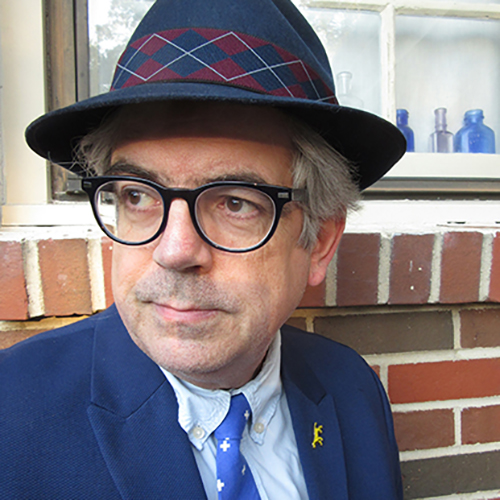 The Sam Houston State University MFA Program in Creative Writing, Editing, and Publishing will welcome experimental writer Michael Martone to campus on Wednesday, February 19, for a pair of events. Martone will discuss the craft of fiction writing at 3 p.m. in Evans 212, and then read from his work at 5 p.m. in Austin Hall. Books will be available for purchase and signing at Austin Hall. Both events are free and open to the public.

“In the experimental/innovative writing world-at-large, Michael Martone is a prolific titan, and possibly one of the most highly influential and imitated writers in the field,” said Katie Jean Shinkle, assistant professor of creative writing at SHSU. “His innovations in form, style, voice, use of place and meta is original and one-of-a-kind.”

Martone is the author of more than a dozen books, most recently the essay collection “Brooding” as well as “The Moon over Wapakonenta: Fictions and Science Fictions from Indiana and Beyond.” Other titles include “Alive and Dead in Indiana,” “Penseés: The Thoughts of Dan Quayle,” and “Fort Wayne is Seventh on Hitler’s List.” Martone’s work is at once lyrical and playful, engaging and subversive.

“As a mentor and friend, Michael Martone is an example to me of the kind of writing citizen and professor I want to be in the ways that he pushes creative boundaries for everyone, opens new pathways into creativity, and shows that there is room at the table for all who want to be artists,” Shinkle said. “I am constantly inspired by his work and work ethic, and I feel my work stands on the shoulders of this giant.” 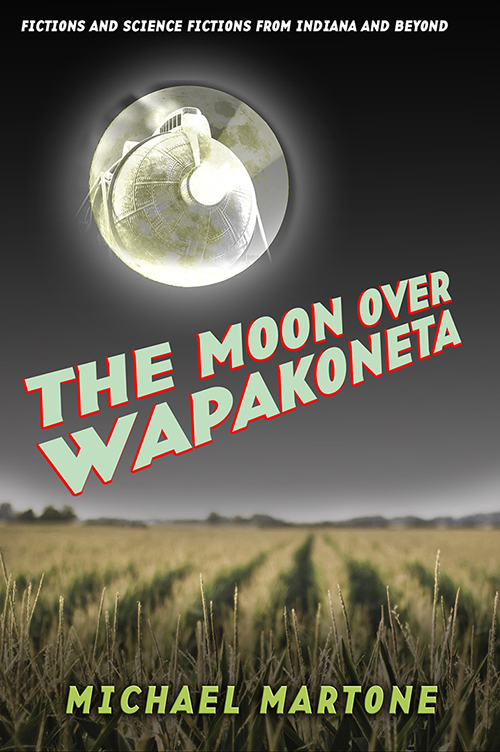 A professor in the creative writing program at the University of Alabama since 1996, Martone is particularly interested in the ways identities are constructed, both by and of the self and by and of a place, and the ways in which these identities might be both false and true, fictions and nonfictions. For example, “Michael Martone” (by Michael Martone) takes the form of more than forty contributor’s notes (along with an “About the Author,” “Vita,” and “Acknowledgement”)—a common form that most often states the contributor’s literary or academic accomplishments in a dry and succinct fashion, usually of two or three lines. But, in Martone’s hands, these notes, nearly all of which begin, “Michael Martone was born in Fort Wayne, Indiana,” become an ever-widening, ever-deepening, sometimes-contradictory set of (auto)biographical fictions, and in the process, an examination of the ways in which we craft our identities or personas through the things we choose to include in our “contributor’s notes” and the ways we shape those notes into a narrative to achieve, consciously or unconsciously, a particular end.

This interest extends as well to place. Martone was indeed born in Fort Wayne, Indiana, one of those places easily overlooked on a map by anyone who was not in fact born and raised there or who has not lived there. Unlike Hollywood or New York City or Dallas or any other number of highly mythologized American (or world) cities or regions, the flatlands of small-town Indiana evoke no such grand myths. Which doesn’t mean the same processes of mythmaking don’t take place in and around these places. In “The Blue Guide to Indiana,” Martone takes the familiar form and voice of the Chamber of Commerce-endorsed tourist guide to create a guidebook to his home state that is both true and fictional. Perhaps not always “factually” true (though often what is factually true surprises the reader) but true perhaps in its essence. The book says something about how people see Indiana (or want to see Indiana) and how Indiana sees itself (or wants to see itself).

In his most recent collection of short fictions, “The Moon over Wapakoneta: Science Fiction from Indiana and Beyond,” Martone juxtaposes and overlays the fantastical and the mundane, the romance and adventure associated with the space exploration with the dreary flatland dullness associated with “flyover” states like Indiana. He draws upon many of the conventions associated with science fiction (space and time travel, colonies on the moon, advanced technologies such as the hologram) but in unexpected ways, the reader asked to consider what generally lies outside or beneath the vision of most traditional science fiction. As one example, the story “Amish in Space” is told as a series of brief monologues, each spoken by a member of an Amish community from northern Indiana that has been whisked away on a new kind of ark and that is now hurtling through deep space—and yet its members maintain in this atmosphere much of the same practices it had enacted on the now distant earth. The collection never ceases to surprise the reader in its conceits, its forms, and its language, its serious-play.

The MFA program’s visiting writers series continues March 26 when poets Kara Krewer and Jose Hernandez Diaz make a joint appearance at the Samuel Walker Houston Education Center to celebrate the release of their new books from the Texas Review Press.