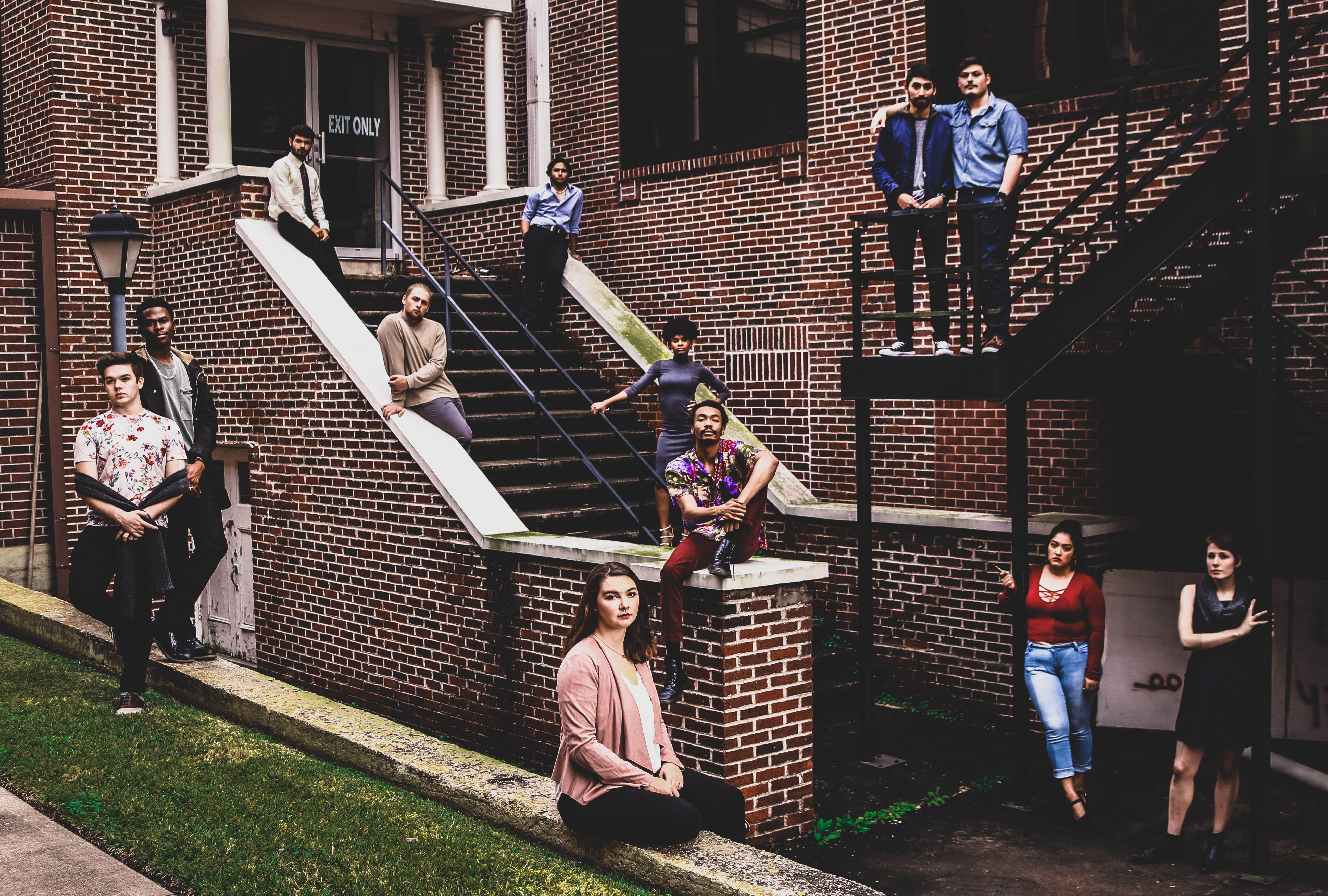 The Sam Houston State University Department of Theatre and Musical Theatre presents the first act of the spring season in a compelling onstage production of Stephen Adly Guirgis’, “Our Lady of 121st Street.” The show, running Feb. 20-23 in the Erica Starr Theatre, is a funny, raw and moving performance, set in modern-day Harlem.

At its most broad, “Our Lady” is a dark comedy about the death of the beloved Sister Rose and the return of her former students to their old Harlem neighborhood to pay respects. It is later discovered that her body has gone missing at the funeral home and the play chronicles the aftermath following her disappearance.

For alumni Patrick Pearson, this will be his directing debut as a full-time assistant professor and faculty director.

“Casting for the show took place mid-January, so you have no other option but to dive in,” Pearson said. “This is the first show of the semester, which is exhilarating and fun, but it requires the cast to turn up the energy and show-up ready to work.”

Though he was hired on after the show was already selected for the season, he is excited to offer audiences an honest and raw portrayal of what happens when people are forced to come face-to-face with their inner-demons.

“I love that this show is unafraid. The playwright is not scared to show people for who they are, both good, bad and everything in-between,” Pearson said. “This has been a good challenge. How do you keep the humor alive and not sacrifice the truth at the same time?”

The characters featured in this show are gritty and real. The department prides themselves on their diverse casting and in making the same opportunities available to all students.

“It has been an incredible experience to see diversity in the cast with people of color and women in major roles,” assistant director senior Michael Larson said. “Our season is showcasing the amazing diversity of our university in a show that specifically calls for that.”

Each of the 12 characters represented walk the line between hopelessly lost and people in progress. The Church and Sister Rose bring this group of misfits together to confess their sins and for the first-time in 15 years, they must be honest with themselves and each other.

For sophomore Tyler Mahler who plays Balthazar, “Our Lady” will be his debut performance on the SHSU stage. He identifies with the theme of the play and credits his own honesty and self-reflection for being cast.

“I really like the importance of introspection that the message of this show sends out. How do you look at yourself and be realistic? How does one introspect healthily?” Mahler said. “Once I stopped putting so much speculation and so much weight on what I thought directors wanted, I started to read more books and worked harder. That is when I started to get noticed.”

According to Pearson, the key to this show’s success is a strong ensemble of artists to accurately portray the complicated character development and brash dialogue featured in the play.

Overall, the show is sure to deliver large laughs for all, while also making audiences think twice about their own realities.

Tickets for SHSU’s production of “Our Lady of 121st Street” are now on sale.