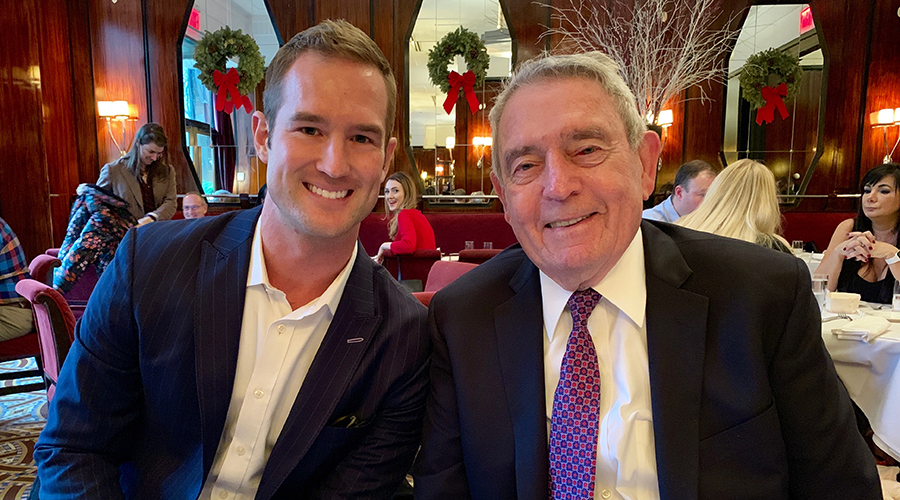 Growing up in Kerrville, Texas, Sam Houston State University alumnus Morgan Chesky recalls watching the evening news with his grandparents. It was sitting around the dinner table with reports on the day’s events flashing across the screen, where his dreams of being on the national news began.

“I grew up in a golden age of network television news each night with Dan Rather, Tom Brokaw and Peter Jennings,” Chesky said. “Those men told the nation what was happening in the world, and it was important for my grandparents to know what was going on, it showed me the power of telling stories.” 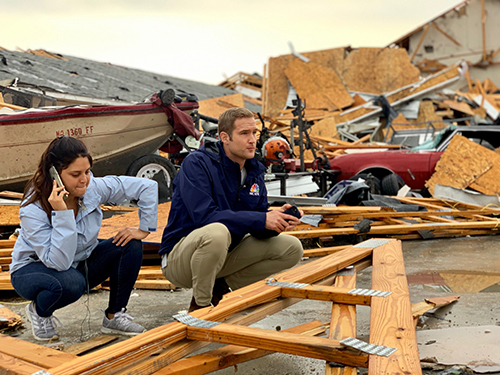 “It is surreal to even be having this conversation and I am excited at the opportunity. I am ready to learn as much as possible, as fast as possible and prove myself,” Chesky said. “People at NBC care about journalism down to the last word of every story. It is encouraging to go work for a broadcast company like that.”

Chesky’s professional journey started after graduating from SHSU in 2008, when he was hired as a reporter at KLTV in Tyler, followed by KVUE in Austin and KOCO in Oklahoma City. Chesky moved to KOMO in Seattle in 2016 and became a full-time evening anchor. 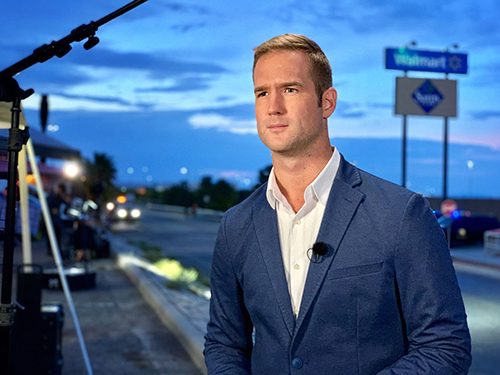 “It is an incredible grind. As a student at Sam, and as a young reporter, the national network goal always seemed so far away,” Chesky said. “It took improvement over thousands of stories to ever get this chance and I feel very blessed.”

For someone who took classes in the Dan Rather Communications building every day for four years, Chesky is on an eerily similar path through his journalism career. Rather graduated in 1953 from SHSU and by 1964 was the White House correspondent for CBS. In just 10 years since graduating, Chesky has now vaulted to the national spotlight as well.

“Dan’s career was one of the reasons I became aware of Sam Houston State in the first place, he put us on the map from a journalism standpoint. It is an incredible blessing to follow in his footsteps. More than once in my time in Huntsville, I thought of Dan Rather walking the same campus when he was editor of The Houstonian. To see the progression in my own career has been unbelievable.” 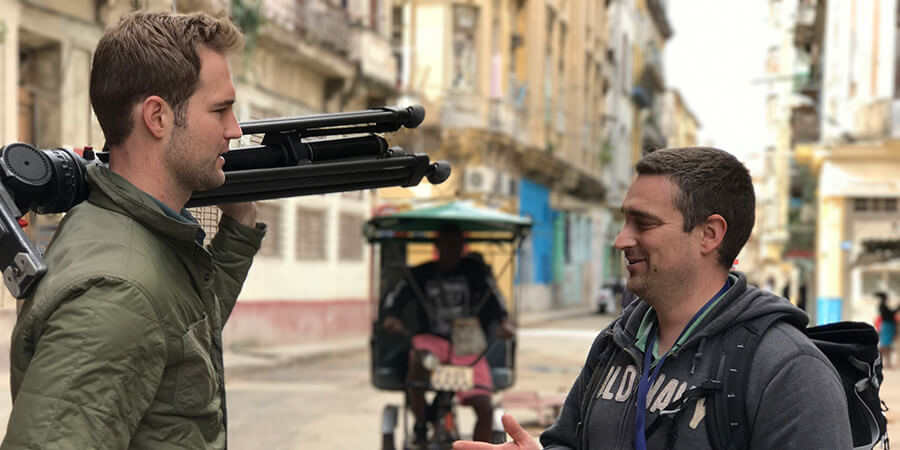 “As a senior in high school I sought out SHSU because it was one of the only schools out there that let freshman get broadcasting experience right away,” Chesky said. “When I arrived in the fall of 2004 my first journey in to the broadcasting world was giving sports updates for the campus radio station every Friday afternoon. I don’t think I have ever been more nervous than when I gave my first update live.”

While becoming a national correspondent is a huge step in his career, Chesky credits a special gift from more than 20 years ago for starting his pursuit of journalism. 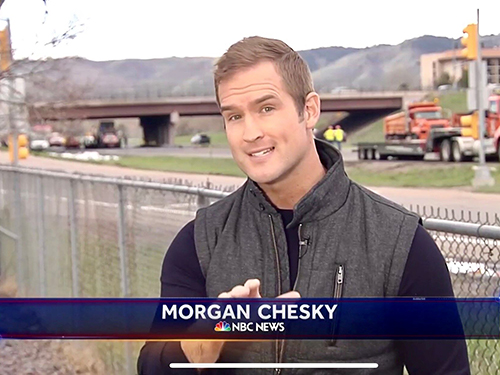 “When I was in third grade, my grandparents gave me a blank newspaper as a gift for my birthday, laid out exactly like a normal paper would be each day, but it required me to fill it in with the news of the day,” Chesky said. “I remember excitedly filling out the top story of the day, checking the weather and filling that in and looking up sports results from the night before. So you could say that the origin of my career comes from the gift of a blank newspaper that required me to go out in the world and find out what was going on and write it down to be shared.”

As young students from SHSU and his hometown of Kerrville will now grow up watching him report the evening news, Chesky said he is honored to represent Bearkats and Texans on a national level.

“To be honest it is a little daunting to know that,” Chesky said. “But it is reassuring that so many people along the way from teachers in Kerrville, to professors at Sam Houston State, to my first few bosses, all had enough faith in me to give me a chance to grow.”

In his short time at NBC so far, Chesky has already chased down tornados, travelled abroad and been on the front lines of dozens of other breaking news stories including some that have brought him back to Texas. He also had the chance to sit down with Dan Rather in a chance encounter in New York.

“I had just finished my first week on the job at 30 Rock and NBC treated the new crop of correspondents to lunch across the street. As soon as we walked in, one of my colleagues turns to me and asks, ‘Hey, isn’t that Dan Rather,’” Chesky said. “To be honest, it felt like fate. I finally mustered up the courage to walk up, stick out my hand, and say, ‘Dan, greetings from one Bearkat to another.’ He chuckled and motioned for me to sit next to him. For the next few minutes, we were just two news guys catching up and relishing our Texas roots. I nudged him and said, ‘Look at us, not too bad for a boy from Wharton and a kid from Kerrville.’ He grinned, passed on some sage wisdom and thanked me for stopping by, but not before leaning over and whispering, ‘You let me know if you need anything, even bail money.’”