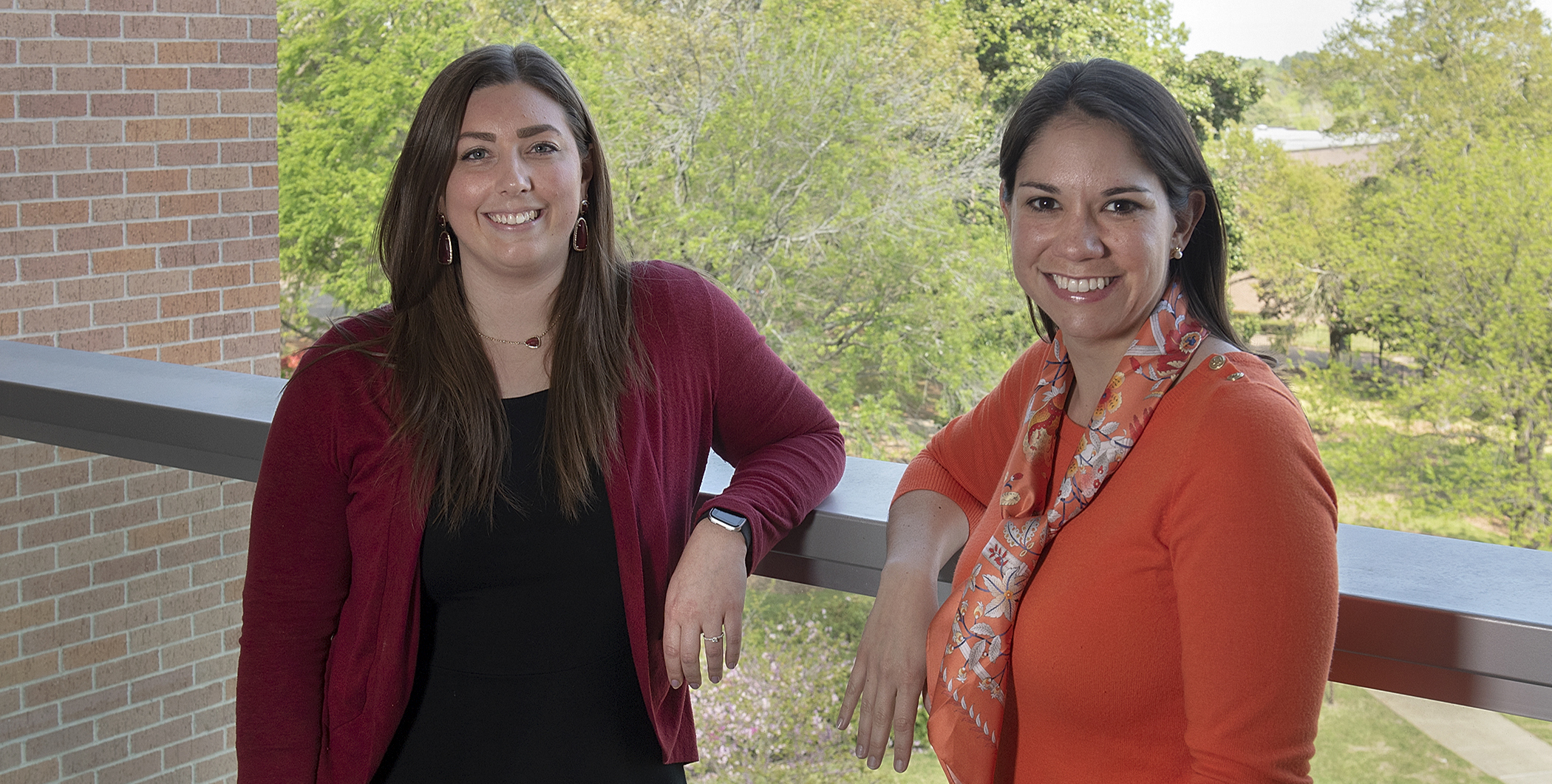 The National Institute of Mental Health recently awarded Anna Abate, graduate student in the Clinical Psychology Doctoral Program, with funding for her research project titled, “The Effect of Stereotype Threat in Police Encounters on Behavioral and Affective Outcomes.”

This grant, which awarded Abate with $104,730 over three years, is the first of its kind given to any student in the Texas State University System; further solidifying Sam Houston State University as a great name in research.

The study, which will begin as soon as this summer, will research how police interactions have effects on mental health outcomes, such as anxiety and even depression, in young adults.

“We are broadly looking at neutral encounters with police officers, and seeing if that leads to stressful reactions,” Abate said. “We want to know - is it mental state reasoning that leads to this anxiety? Is it biological? Are there changes in cortisol and testosterone that can influence behavior?”

Abate’s primary research advisor and faculty sponsor for this grant is Amanda Venta, assistant professor of Psychology and director of the Youth and Family Studies Laboratory. Venta explained that the study will be conducted on the SHSU campus with undergraduate students who will be exposed to a story about a confrontation with a police officer.

“Participants will read a story about a police encounter, and Anna believes, based on existing research, that reading that story will activate a concept called ‘stereotype threat,’” Venta said. “Confronting that stereotype will lead to changes in cortisol and testosterone and suppress the ability, in a temporary fashion, to engage in mental state reasoning.”

The research aims to find out what happens mentally and or physiologically when faced with a threat that could influence someone’s behavior.

“The idea is that when you are from a minority group, and you see a police officer, you may become anxious. Part of it may be adaptive paranoia at work, but another piece could be a stereotype threat, because the person may assume that the officer thinks they are a criminal,” Abate said. “Innocent Black and Hispanic individuals may be targeted by police because of stereotype-threat-induced behavior and thus are at risk for miscarriages of justice”

Having collaborated for three years, Venta says seeing this project through was a very proud moment for her.

“I am so impressed and proud of Anna. Not every student is willing to work on something for three years. It is a student committed to the scientific process and their own training as a scientist who does. That is rare and it is good to see it rewarded.”

The pairing came together after a long search for the right fit. Abate earned her undergraduate degree from the University of North Carolina in 2014 and began seeking out the perfect place to continue her studies as she pursued her dreams of being an academic.

“The big emphasis in forensic psychology is what drew me to Sam Houston State,” Abate said. “SHSU is one of the very few psychology programs that does any kind of forensic psychology work across the country, and we have a Criminal Justice department here that is very competitive with great resources that helped along the way.”

“I love how collaborative Sam Houston State is across the university because that has led to a ton of support behind me. Each faculty member also plays an important role for me in this process,” Abate said. “It is humbling to represent the Texas State University System and SHSU in being awarded this grant. It shows off our versatility and is a good representation of Sam Houston State as a whole because so many departments are represented and present in the project.  I am very excited to see it out.”