College is a time filled with lots of emotions: excitement, anxiety, anticipation. You go from being treated as a child and asking permission to use the restroom in high school to being treated as an adult who is supposed to have life figured out and know exactly what you want to do for the next 40 years.

Shea Serrano’s advice: It’s OK to screw things up and it’s OK to not have your whole life planned out when you walk onto campus for the first time or even when you leave for the last time. 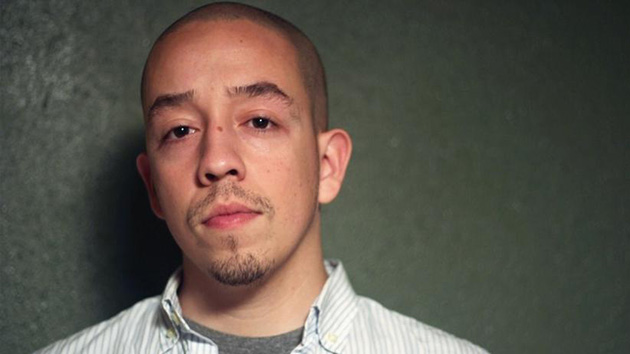 He started at SHSU as a criminal justice major, but after taking a class where he had to look at real crime scene photos, he realized that CJ wasn’t the major for him. Changing his major to psychology, Serrano mapped out a future where he would become a teacher and then eventually a counselor.

Except life happened. While working as a teacher, his wife, an SHSU alumna often referred to as the G.O.A.T. in Serrano’s tweets, was placed on bedrest after experiencing complications while pregnant with their twins. Needing extra money because his wife couldn’t work, Serrano started applying for jobs at local stores and restaurants, but didn’t get hired since he already had a full-time job teaching.

“I was literally at home Googling work-from-home jobs and writer was one of them,” Serrano said. “I said, ‘all right, I guess I’ll be a writer then.”

With no writing experience, Serrano started working for a small neighborhood newsletter where he was paid $15 to write his first article. After that, he started working for the Houston Press covering Houston night life and Houston Rap. It was here he learned to be a writer. Once he got established at the Houston Press, he started writing for their sister publication, LA Weekly.

Then, he got his big break. A hilarious piece he wrote for LA Weekly about Drake encouraging him through the radio while he was in bed with his wife made its way to the editors of Grantland, an ESPN sports and pop-culture blog.

All of a sudden, he was flying out to LA to meet with the basketball writers and editors of the popular publication. He described himself sitting at a board room table between New York Times Best Selling Author and former Grantland Editor-in-Chief Bill Simmons and Zach Lowe, who he calls ‘”one of the best basketball writers on the planet,” with everyone else at the table pitching ideas for the upcoming season. That is when he had his surreal moment about how much his life had changed.

“I remember sitting there feeling very intimidated and very scared… but also thinking ‘this is a thing I’m doing right now.’ This is going to be, at least for the next year, what my life is like,” he said. “That was a big change from that $15 first article. That was the first time I felt like OK this will be the way you will provide for your family. You’re not pretending anymore, you’re supposed to be a real writer now, so get it together.”

From there, Serrano has authored articles for ESPN, Vice, and, currently, The Ringer in addition to two books.

His first book, “The Rap Yearbook,” debates the most important rap song from 1979 until the books release in 2015. Within the first week, the book made it on the New York Times Best Seller List. 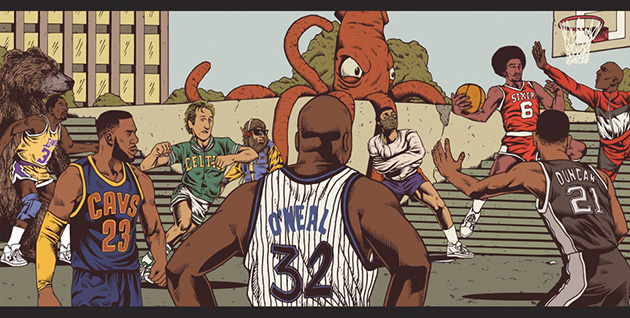 So, what happened when Serrano made the New York Times Best Sellers List?

“I screamed very loud and did a Michael Jordan fist pump,” he said. “I knew from then going forward every time someone said my name they were going to have to say New York Times Best Selling Author.”

When asked if he made his wife refer to him with his new title at home, (really, who wouldn’t want that), he jokingly said he makes her call him that every day.

His second book, “Basketball and Other Things,” answers a different basketball question in every chapter. The title of chapter one, for example, is called: What year is Michael Jordan the best version of Michael Jordan? Since each of the 33 chapters asks a different question, the reader can read one chapter without having read the ones prior, similar to “The Rap Yearbook.”

Serrano described the book as “probably the best book you will ever read in your entire life.”  You can find out for yourself when it gets released on Oct. 10.

Writing takes dedication. For Serrano, he usually writes every day. He said the difference between writers who end up being successful isn’t that they were better writers than their peers, but that they kept trying.

And that’s how he came up with his motto: “Shoot Your Shot.”

“Just don’t stop,” he said. “You’re going to mess stuff up and it’s not always going to work out, but if you try a thing enough times, you’ll eventually get to where you’re trying to go.”