‘Inside Man’ Gets Inside Look At STAFS 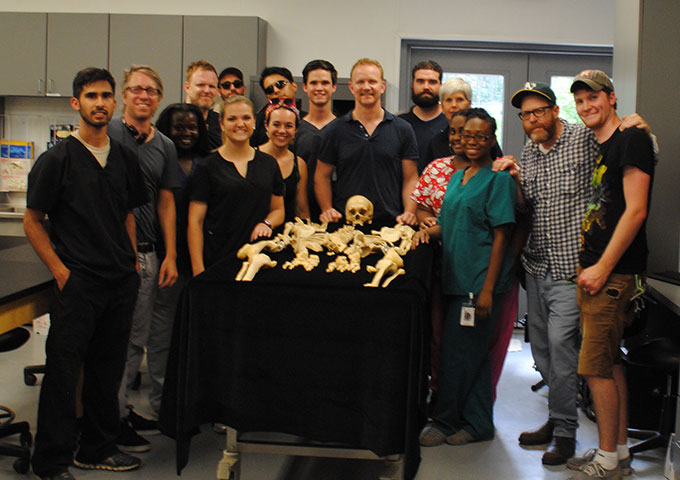 Filmmaker Morgan Spurlock and his "Inside Man" television crew visited the SHSU STAFS Facility last year to film a segment for an upcoming episode of "Morgan Spurlock Inside Man," which will air June 24 at 9 p.m. on CNN. —Submitted photo

Sam Houston State University’s Southeast Texas Applied Forensic Science Facility will be featured on CNN’s documentary series “Morgan Spurlock Inside Man” on June 24, with a special episode focusing on the duties of a crime scene investigator.

The series, which is in its fourth season, is centered on film director Morgan Spurlock who investigates a variety of topics from an inside perspective.

STAFS director Joan Bytheway was contacted to do the series and filmed with Spurlock in July 2015, teaching him about a variety of methods and procedures that modern-day crime scene investigators use. 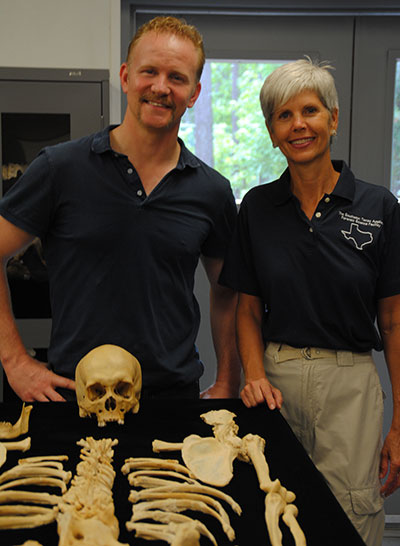 “We did a clandestine burial, and then we had some of the Texas Rangers whom I work cases with come out and assist on a search. So we had Morgan actually do a search to find the burial, and once he found the burial, then we started recovering the remains,” said Bytheway. “He did really well. It is very tedious and it’s physical labor.”

The STAFS Facility is one of only six of its kind in the world and gives students a unique and rare experience to work with donated bodies, according to Bytheway, and she filmed with Spurlock because she valued the educational approach that the program takes.

“I wanted the world, the nation, to see what we offer here because it’s pretty fantastic,” said Bytheway. “We are connected with a College of Criminal Justice so that gives us exposure to law enforcement directly, where a lot of the other human decomposition facilities are located in an anthropology department and there’s limited collaboration with the criminal justice programs they have at their universities.”

The “Morgan Spurlock Inside Man” team said they thoroughly enjoyed the unique opportunity to film at the facility.

"It was such an informative experience and a pleasure to work with Dr. Joan Bytheway and the rest of the team at STAFS, and we are so thankful to have filmed with them,” said associate producer Elena Gaby.

Spurlock has received a nomination for an Academy Award in the past for his critically acclaimed documentary “Super Size Me” and has more than 20 years of experience in the film industry.

This episode of “Morgan Spurlock Inside Man” is set to air at 9 p.m. CDT on CNN.

The Southeast Texas Applied Forensic Science Facility is a willed-body donor facility that accepts human body donations for the purposes of scientific research.