Honor killings are commonly associated with the Asian continent, and particularly in the Middle East, but they also occur in the United States.

Most so-called honor crimes in the U.S. happen during the process of separation or because the victim had become too westernized, according to new research by a team that includes Sam Houston State University assistant professor of criminal justice and criminology Brittany Hayes. 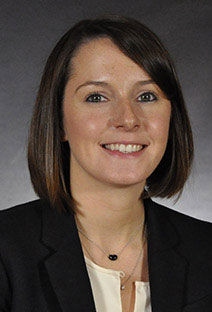 Honor crimes are homicides in which the perpetrator commits murder to restore honor to his or her family in response to perceived misbehaviors that violated cultural norms.

“Exploratory Study of Honor Crimes in the United States,” published in the Journal of Family Violence, identified 16 cases of honor crimes in the U.S. since 1990, which resulted in the deaths of 40 people.

There are three main components that underlie honor crimes: 1) the victim participated or is believed to have engaged in behavior the family deemed unacceptable, such as infidelity, premarital sex, showing autonomy, or westernized behavior; 2) the belief that women are beholden to men and must be punished for indiscretions; and 3) there is a fatal attack to restore the family’s honor.

“Every year, an estimated 5,000 women and children are murdered worldwide to restore honor to the family. That number is likely an underestimate, as many cases may be classified as homicides, suicides or accidents,” Hayes said. “While honor crimes have typically been associated with Arab and Middle Eastern cultures, they cut across cultures and relationships.

“Indeed, we found that 50 percent of the perpetrators in this study were not of Middle Eastern origin,” she said.

In the United States, honor crimes were almost equally divided between daughters murdered by fathers or stepfathers and women killed by current or former partners.

Cases that involved daughters as the victim were motivated by children becoming too westernized or resisting an arranged marriage. In four cases, the children were murdered because of the behavior of their mother.

Murders of current or former partners were premised on divorce or separation, westernized behavior, or violation of a culture’s ideals, such as not preparing a preferred dinner or the blaming the victim for her daughter’s behavior, the study found.

The study also found that honor crimes in the U.S. were not limited to partners or daughters, and in six cases they included extended family members such as in-laws, nieces and cousins. Family members were murdered because the intimate partner or daughter were seeking a divorce or ending a relationship or because they had become to westernized.

Honor crimes in the U.S. differ from other parts of the world in that fathers or intimate partners were the primary perpetrators; comparably, in Jordan, brothers accounted for 60 percent of these crimes and, in Turkey, only 36 percent of honor crimes were perpetrated by the victim’s husband, according to the researchers.

Around the globe, honor crimes have generally centered on the sexual behavior of the victim, while in the U.S., it was divorce and separation as well as westernized behavior that led to the crime.

Researchers on the study also included Joshua D. Freilich, of John Jay College, and Steven M. Chermak, of Michigan State University. It is available online via the Journal of Family Violence.