This story was written by Mike Yawn.

The LEAP Center at Sam Houston State University will welcome Pulitzer Prize-winning author and journalist Glen Frankel to campus on April 1 to screen the 1956 film “The Searchers.”

Frankel’s New York Times best selling book, of the same name, covers the real-life events upon which the film was based, as well as the making of the film.

The event will begin with a reception at 5 p.m. in the Walker Education Center, where Frankel will be on hand to mingle and discuss his research and the historical background of the film, followed by an introduction by Frankel at 6 p.m. The film will run from 6:15-8:15 p.m.

Admission is free, but reservations are requested. Popcorn, trail mix, and refreshments will be provided. 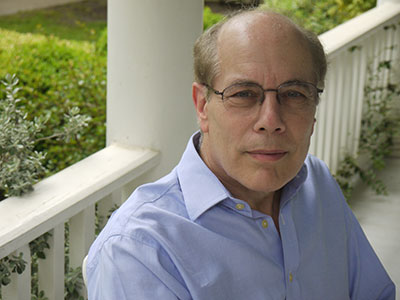 Frankel, who won a Pulitzer Prize while with the Washington Post and has written three books, will speak to classes, lead a table at Let’s Talk, and will host a community screening of “The Searchers” during his two-day visit to campus.

Frankel was a long-time “Washington Post” reporter, editor and bureau chief, who was stationed in London, southern Africa and Jerusalem.

In 1989, he won the Pulitzer Prize for his “balanced and sensitive” reporting on the conflict between Israel and Palestine.

Frankel’s first book, “Beyond the Promised Land: Jews and Arabs on the Hard Road to a New Israel,” won the National Jewish Book Award, and his second book, “Rivonia’s Children: Three Families and the Cost of Conscience in White South Africa,” was a finalist for the Alan Paton Award, a South African literary award given for works of non-fiction.

This theme of clashing cultures was continued on a domestic front in his third book, “The Searchers: The Making of an American Legend,” which was praised by critics as “a fascinating journey from fiction to fact, from glorified legend to brutal event.”

Frankel’s work on “The Searchers” will be the focus of his two-day visit to SHSU.

This year marks the 60th anniversary of “The Searchers,” which is generally regarded as one of the greatest films ever produced.

The American Film Institute identified it as the 12th greatest film of all time, the highest ranking western on the list. Similarly, the film is regarded as the high point in the John Wayne-John Ford relationship, a collaboration that produced 24 films.

As a child, Frankel was drawn to the film, but his appreciation of the film grew with time, as did his fascination with its historical background. In his book, the author addresses the abduction of Cynthia Ann Parker, whose kidnapping marks the central narrative of “The Searchers,” as well as her uncle’s two-decade quest to find her.

Film buffs will also find much to love in the book, which segues into the making of “The Searchers.”  Although John Wayne was the most famous of the actors in the film, director John Ford relied heavily in “The Searchers” on his famed “Stock Company”—a group of actors that appeared regularly in his 140-plus films.  Regulars such as Ward Bond; Hank Worden; Harry Carey, Jr.; and Ken Curtis have significant roles in the film, as does then-teenage Natalie Wood, who plays the character Debbie, who was based on Cynthia Ann.

Local historians also will have reason to hear the discussion.  Parker’s uncle, James—personified by John Wayne in the film—lived in Huntsville in the 1830s, the beginning years of his search for her. Parker was eventually “rescued” in 1860, but by that time she was fully assimilated into Comanche society, and she never readjusted to the Parker family.

Frankel’s visit is part of the LEAP Center’s mission to provide interdisciplinary learning opportunities for students, faculty, and community residents.

For more information or to reserve a seat, contact professor Mike Yawn at 936.294.1456 or mike.yawn@shsu.edu.