Human sex trafficking is a serious problem both domestically and internationally, and enhanced education is necessary to address the risk factors for entry into the sex trade, the physical and mental health consequences of victimization, and institutional responses to victims, according to a new series published by the Crime Victims’ Institute at Sam Houston State University.

“Human Sex Trafficking: An Overview” by Lindsay Ashworth and assistant professor of criminal justice Cortney Franklin, reports that estimates on the prevalence of sex trafficking victims are difficult to establish due to the hidden nature of this population. 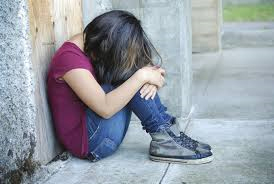 The U.S. Department of Health and Human Services estimates that 600,000 to 800,000 people are trafficked across the globe annually, with 70 percent of persons forced into the sex trade internationally. In 2004, the Department of State suggested that 14,500 to 17,500 people are brought into the U.S. annually from counties such as the Ukraine, Thailand, the Philippines, and Mexico for forced prostitution.

Further, within U.S. borders, there are about 100,000 children who are sexually exploited by forced prostitution. The average age of entry into the sex trade for these children is between 12 and 14.

Once the children reach adulthood, they face many barriers to getting out of “the life,” including violence and control by traffickers, limited options for paid labor, negative perceptions of people who have been prostituted, and mental and physical health issues.

“This is a significant public health issue that predominantly affects our nation’s girls and women,” said Franklin, guest editor of the CVI’s Human Trafficking Series. “The trauma and victimization that result from this profound exploitation has negative and far-reaching consequences. Criminal justice and social service providers can help, but most people are simply not aware of the magnitude of the problem, or that it happens within the United States.

“This is an opportunity to raise awareness through education and to facilitate dialog among students, faculty, community stakeholders, policy makers, and the general public,” Franklin added. “We have the capacity to draw much-needed attention to the problem and focus on the perpetrators responsible for the buying and selling of girls and women.”

The most common risk factors for involvement into forced prostitution center on vulnerability and include youth, family dysfunction, child sexual and physical abuse, child neglect, and homelessness. Mental health issues, such as depression, anxiety, borderline personality disorders and dissociation, as well as chronic running away and drug use, also enhance the likelihood that would-be victims fall prey to the strategies that traffickers use to lure youth into the trade.

“Research has consistently found that sex traffickers prey on homeless youth and manipulate their vulnerabilities, including the basic need for shelter, food, social support, love, care and self-esteem,” said Ashworth, co-author of the report. “Moreover, the research is very clear that many homeless youth have reported feelings of hopelessness, are without options to sustain themselves, and resort to ‘survival sex’ in order to stay alive. These victims are, nevertheless, in need of intervention, not punitive criminal justice responses.”

Sex trafficking victims are at a higher risk than the general population for physical and mental illnesses. These include injuries from physical and sexual assaults, sexually transmitted diseases, substance use and abuse, and mental health issues.

Research shows that 70 to 95 percent of victims are physically assaulted; 88 percent are subject to verbal abuse; and 60 to 75 percent report being raped by traffickers or buyers. Further, as many as 100 percent of human trafficking victims meet the criteria for some type of mental illness, including 68 percent with qualifying characteristics of post-traumatic stress disorder.

“To combat the psychological aftermath associated with these extreme forms of trauma, victims often resort to drugs and alcohol, which have become a common coping strategy to mitigate their experiences in the sex trade,” Franklin said. “This chemical dependence often leads to additional physical and mental health problems, producing a cycle of victimization and trauma, injury, substance abuse and adverse mental health outcomes.”

Future issues addressed in the CVI Special Issue Human Trafficking Series include “Insight into Traffickers and Buyers,” “Public Perceptions of Prostituted Youth,” and “Domestic Minors Who Have Been Sexually Exploited.”

“Human Sex Trafficking: An Overview” is available at crimevictimsinstitute.org/publications.