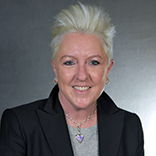 Dr. Holly Miller has been funded to conduct research for the Children's Advocacy Centers of Texas on child sex abuse responses to suggest legislation changes to the state.

Dr. Miller, a professor in the Criminal Justice Department at Sam Houston, began researching sexual offending in her clinical-forensic rotation during her internship at Baylor College of Medicine. One of the rotations she participated in was leading a treatment group of people on probation for sexual abuse. Miller was initially hesitant to work with individuals who had sexually offended, yet she recounts watching people heal, which led to them not commit any new offenses. Since then, she has had an interest in preventing sexual abuse and researching effective risk assessment and treatment methods.

According to Dr. Miller’s research, the current strategies Texas uses to prevent child sex abuse are not proving to be the most effective. Dr. Miller states, “We spend a lot of money putting people on the public registry, and research is pretty clear that it is not doing what it's intended to do.”

So far, her research has shown that the current legislation Texas has is based on inaccurate assumptions of individuals who have sexually offended. She hopes her research can provide a more effective way for Texas to spend money on preventing child sexual abuse and supporting victims, alongside educating students as a professor at SHSU.