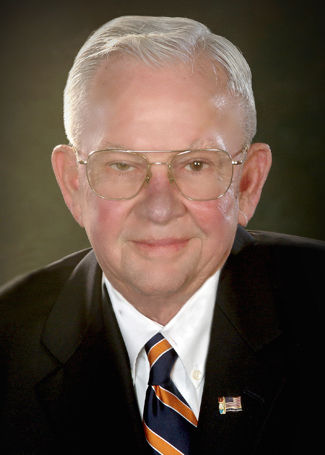 A 1962 SHSU graduate, Col. John McManners has led a distinguished career in the military.

At SHSU, he was commissioned a second lieutenant in field artillery through the ROTC and spent his initial tour as a paratrooper in the 82nd Airborne Division.

McManners retired in 1992 after a 30-year military career, which carried him to many parts of the world including Europe, Vietnam, Bosnia and Laos, where he worked with the famed Hmong Mountain Tribe in guerrilla warfare against the Pathet Lao and the North Vietnamese. He was personally decorated by the King of Laos as a “Knight of a Million Elephants” in 1969.

After retirement from the military, he worked for a law firm in San Antonio and Austin specializing in social security disability.

Since returning to Huntsville in 2005, McManners has been an active university and community leader, with such organizations and committees as the SHSU Alumni Association, the Lowman Student Center Advisory Board, Friends of the Museum Board, and Military Memorial Committee; the Rotary Club and The Huntsville Item Reader’s Advisory Board; and the East Texas Chapter of the Military Officers Association of America. He currently serves on the advisory board of the College of Humanities and Social Sciences and on the City of Huntsville, Texas, Veterans Affairs Advisory Board.