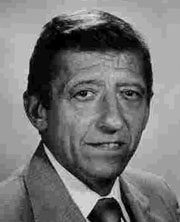 Robert Roy Hazelwood graduated from Sam Houston State in 1960 with a Bachelor of Science degree in Sociology. At that time he became a commissioned officer in the army Military Police Corps and attained the rank of Major at his discharge in 1971. In 1972 he began criminal investigative experience with the Federal Bureau of Investigation in the Norfolk, Virginia end Albany, New York FBI offices. In 1976 he became Supervisory Special Agent for the FBI in the Behavioral Science Unit of the National Center for the Analysis of Violent Crime. In 1980 he received his Master of Science degree from NOVA University in Ft. Lauderdale, Florida.

Hazelwood has received over 100 certificates and/or awards from police departments throughout the world for his help in solving crimes of violence.

From 1978 to 1982 he researched, collected and analyzed over 150 cases of death curing dangerous autoeroticism, the largest collection in the world; this led to the authoritative book Autoerotic Fatalities. In 1983-84 he conducted the largest known survey of police officers' attitudes toward the crime of rape. From 1984-1987, he was Senior Investigator in research entitled "Possible Linkages Between Sexual Abuse and Exploitation of Children and Juvenile Delinquency, Violence and Criminal Activity," funded by the U. S. Department of Justice Office of Juvenile Justice and Delinquency.

From 1986 to the present he has researched the area of sexual sadism, reviewing literature and interviewing incarcerated individuals and family members. He is also researching the area of serial rape. Hazelwood has published numerous articles, syllabi, and books dealing with crimes in his specialty area.

During the past 20 years he has addressed more than 100,000 professionals representing the disciplines of law enforcement, mental health, corrections and medicine through the world. He has appeared as an expert witness in local, city, county, state and federal courts. He has also testified as an expert witness before a Presidential committee and committees of both the U. S. Senate and House of Representatives.