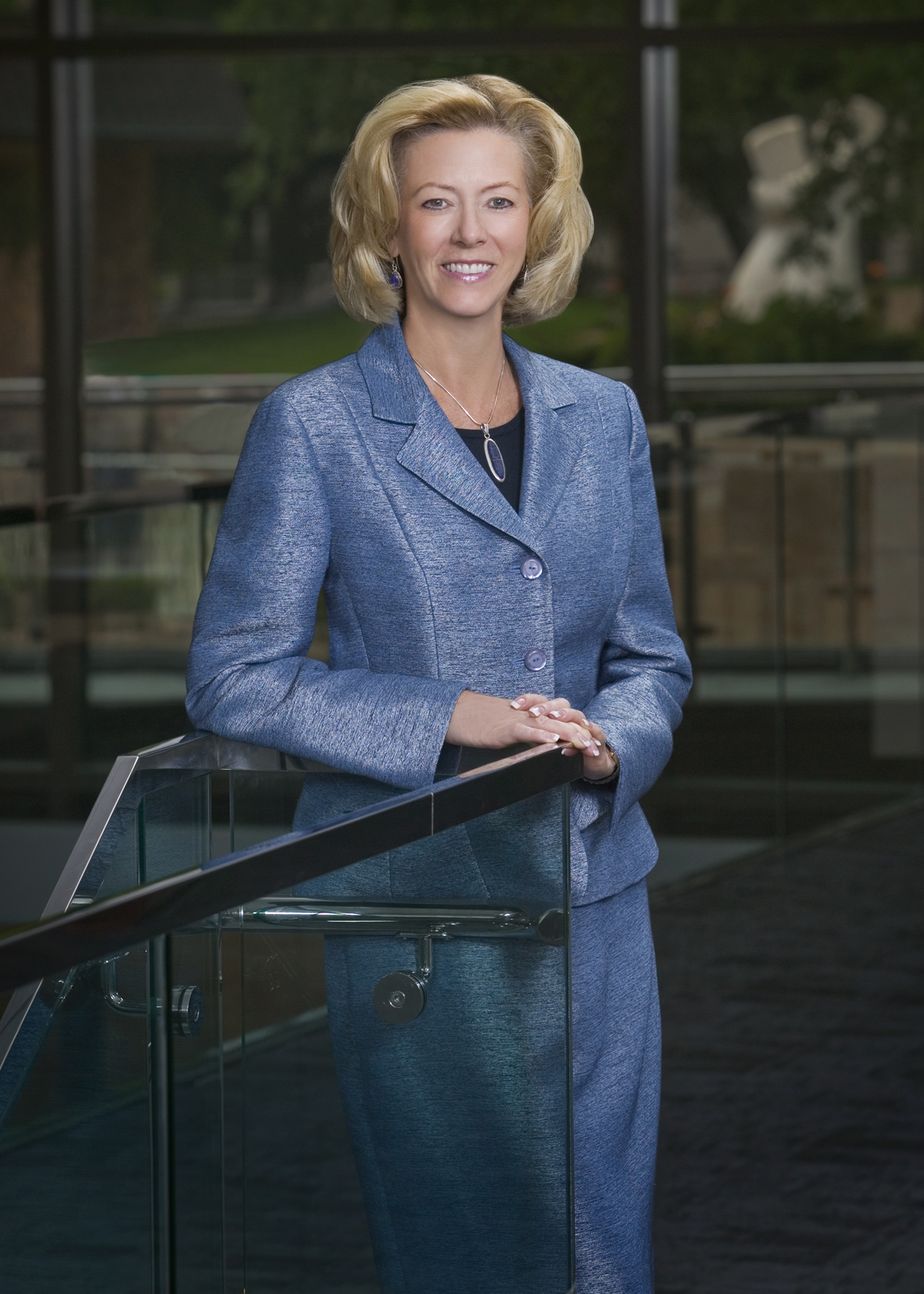 Dr. Gibson is a product of the Texas educational system, growing up and attending schools in north Texas.  She also attended Texas universities, earning a Bachelor of Science degree in business-accounting and a Master of Business Administration at Texas Woman’s University and a doctorate in business at the University of Texas at Arlington.

A Certified Public Accountant since 1984, Dr. Gibson began her career in private industry.  In 1986 she joined academia when she was employed by Texas Woman’s University as a lecturer in accounting and management information systems. She was promoted to assistant professor in 1989, and later received tenure as an associate professor of accounting and management information systems.

She left Texas Woman’s University to become vice president for finance and administration of the YMCA of Metropolitan Denver (Colorado).  After serving two years, she was named vice chancellor for administration and finance at the University of Colorado at Denver (and Health Sciences Center) where she oversaw a budget of more than $700 million with funded research of $300 million.

Dr. Gibson returned to Texas as the vice president for business and finance at Southern Methodist University. After her service at SMU, she was selected as president of National University, the second largest not-for-profit university in California.

In 2009, she joined Sam Houston State University as vice president for finance and operations.  Her responsibilities included the administration of many of the business functions of the university including the controller’s office, budget, auxiliary operations, procurement, property, public safety, parking, human resources, facilities management, construction and planning, information resources, and institutional research and assessment.

Dr. Gibson’s research in accounting information systems has resulted in a number of professional papers, publications and presentations, and she has served as an associate editor and reviewer for several academic accounting journals.

Among her awards are Texas Woman’s University Distinguished Alumna and Southern Methodist University Administrator of the Year.

In addition to her professional work, Dr. Gibson is active in civic and charitable causes.