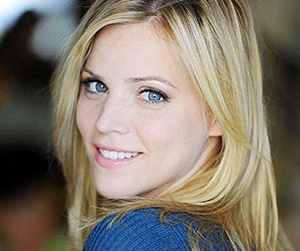 Katie made her Broadway debut in The Light in the Piazza on December 9, 2005, at the age of 21, at the Vivian Beaumont Theatre in New York City under the name "Katie Clarke."

Her other theater credits include Craig Lucas' 2007 play Prayer for my Enemy at the Long Wharf Theatre in New Haven, Connecticut and the Deborah Abramson/William Finn musical revue Travels With My Discontent at the Barrington Stage Company.

She also performed in the regional production of TUTS Houston Anything Goes in the ensemble. In November 2007, Katie joined the first national tour of Wicked as Glinda. In April 2013, she returned to the role of Glinda in the Broadway Company of Wicked at the Gershwin Theatre.