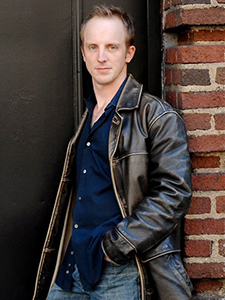 Greg Graham has been in the  Broadway productions: Fosse, Chicago, and Hairspray. Greg was the assistant choreographer for Never Gonna Dance on Broadway. He was also the Dance Captain for Dirty Rotten Scoundrelsand associate choreographer for the national tour.

In 2008, he became the dance captain for the Tony Award winning musical Billy Elliot. Greg as a choreographer, his recent credits include Ragtime in Concert at the Lincoln Center, Tio Pepe at the Public Theater, work on the TV series Ugly Betty and soon a Universal Pictures film entitled State of Play, directed by Kevin McDonald.