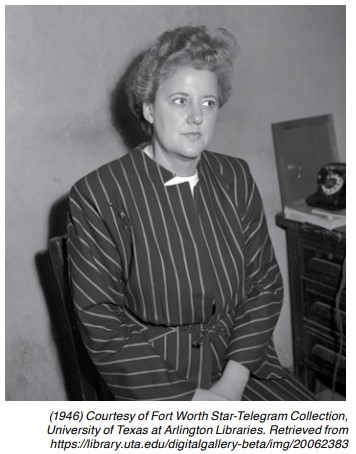 Nestled in the Piney Woods of Sam Houston State Teachers College, Jewel Henson Gibson’s first novel was underway while earning her bachelor's degree in 1932 and a master's in 1950.

With two sons in the military during World War II, she turned to writing as a way to ease her anxiety. After 15 years of work, the book, published by Random House as “Joshua Beene and God,” provided a comic portrayal of religious and political struggle in a small East Texas town.

Praised as outstanding satire by critics and declared wicked by more than one Texas community, readers in later years, however, found the book visionary. Gibson became well-known for her remarkable ability to capture the colorful sights, sounds and language of East Texas life. A critic once observed that “Jewel Gibson is a writer with two tongues, one for each cheek.” 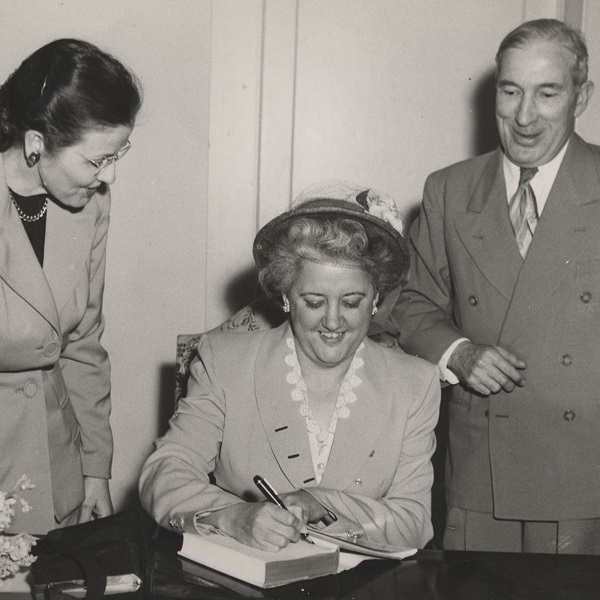 Her popular first novel would later be adapted into a play and staged at the Dallas Theater Center and Houston’s Alley Theatre. Gibson even took to the Alley’s stage to play one of the roles.

In 1950, Gibson’s second published novel “Black Gold,” drew on her husband’s professional background in oilfield drilling to construct a story set in an early twentieth century East Texas boomtown. Her play, “Creep Past the Mountain Lion,” dealt with racial issues in East Texas, and was also presented at the Dallas Theater Center in 1966.

While writing for the Houston Chronicle, she taught at the University of Houston (’50-’55) and at SHSU (’60-’70). After retiring from teaching, she moved to Corsicana, where she worked as a feature writer for the Corsicana Daily Sun and remained active writing hundreds of profile and feature stories well into her eighties. In 1989, the city held a Jewel Gibson Literary Festival in her memory where short scenes from her many works were staged.