Throughout its history, Sam Houston State University has attracted some of the most talented, ambitious and dedicated students, faculty and staff from all walks of life and from nearly every corner of the globe. Upon graduation, Bearkats go out into the world, armed with new knowledge, ready to lead their own legacies and uplift their communities.

As we celebrate Women’s History Month, we recognize that many of these successful SHSU graduates are women who have worked hard to break down barriers and are now holding prestigious positions in their fields.

Women like SHSU alumna Mattie Provost, who recently earned the high-profile position of Deputy Police Chief in Fort Bend County. Provost is the first woman to hold this prominent title, yet her concentration is strictly on the job ahead, not her legacy.

Today@Sam spoke with Chief Provost on the heels of her historic appointment, as she reflected on her career and her continued commitment to service.

T@S: Emotions regarding the appointment?

MP: I retired from the Houston Police Department in March of 2017, so I was surprised when I received a call from Sheriff Elect Fagan asking me to join the Fort Bend County Sheriff’s Office as his Chief Deputy. I took a few days to pray about it and process the duties and responsibilities that came along with the position. After an extensive meeting with Sheriff and Mrs. Fagan, I was elated to accept the position. It wasn’t until later that I learned that no female had ever held this position. Just as those before me have said, I’m happy to have opened the door as the first in this position, but I certainly do not want to be the last female to hold the position.

T@S: How did your time at SHSU influence your career trajectory?

MP: My time at SHSU prepared me both intellectually and socially. The skills and knowledge I accrued helped to qualify me as well as prepare me for my career in law enforcement.

T@S: Advice for women pursuing a career in law enforcement?

MP: Women bring their own set of skills and very unique qualities to a traditionally male-dominated field. I believe I have had a positive impact on the communities I served and provided positive change to the agencies in which I have worked. While the shift work can be difficult on a family, it is a career that is very rewarding. We tend to see people on their worst days but can turn it into one of their best days depending on how the situation is handled. If you like variety, law enforcement is for you.  Each day brings new challenges and opportunities.

T@S: Is there anything you would like to add or say about your new role?

MP: I am excited to have been given the opportunity to serve the citizens in the county where I reside. Prior to accepting the position, I had a long discussion with Sheriff Fagan about his goals for moving the Fort Bend County Sheriff’s Office forward. He was very positive and not egocentric. His objectives were all centered on and around enhancing the communities within Fort Bend County. Upon hearing that, I was all in. As the sheriff said at his swearing in ceremony, “Fort Bend County we have work to do,” I agree, and we have been hard at it since January 1, 2021. 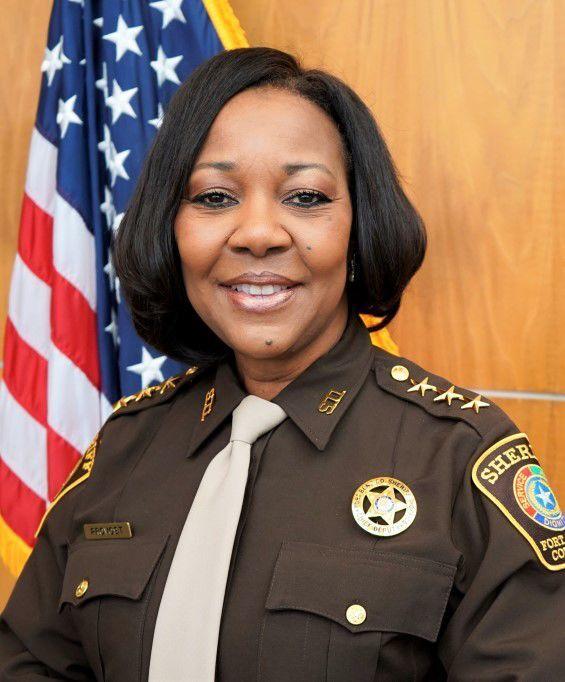 Deputy Chief Provost brings decades of professionalism to the Fort Bend County Sheriff’s Office. Known for her leadership skills, she is empowered by countless outstanding traits which dictate success. She obtained a Bachelor of Science Degree in Criminology and Corrections and Master of Science Degree in Criminal Justice Management, from Sam Houston State University.

Chief Provost has been a dynamic and assertive law enforcement professional for over 31 years. She started her career at the Houston Police Department (HPD) moving up the ranks to Assistant Chief.  She is a proven leader, approachable and friendly, and possesses a collaborative leadership style while directing and guiding others in a variety of critical areas.

Chief Provost is a proponent of community policing and establishing relationships that add trust, transparency and legitimacy to the law enforcement profession. She has profound knowledge in internal investigations, implementation of public safety programs, emergency response, policy & procedure development, budget planning & management and media & public relations. She is adept at conducting investigations and diffusing potentially volatile situations with tact and diplomacy. She is an exceptional communicator with notable success in management of operations focused on crime reduction, the use of technology as a force multiplier, increased productivity and overall, the enhancement in the quality of life across the community.

Chief Provost is a graduate of the Federal Bureau of Investigations (FBI) National Academy, Session #241, the Senior Management Institute for Police (SMIP) and a graduate of Leadership Houston, Class XXV.  She is a member of the Police Executive Research Forum (PERF), International Association of Chiefs of Police (IACP), and the National Organization of Black Law Enforcement (NOBLE). She earned the Texas Law Enforcement Master Peace Officers’ Certificate, is a certified mediator, Texas Crime Prevention Specialist, and has served as an executive member of the Labor Relations Committee. She has served on numerous committees within the law enforcement arena as well as in the community. Chief Provost’s passion for giving back to the community is apparent as she has mentored students in the Houston, Spring, and Katy Independent School Districts. She believes her volunteerism will build stronger communities.

Chief Provost retired from HPD in March 2017, with a honorable discharge. She is a resident of Fort Bend County and excited to be a part of Sheriff Fagan’s Command Staff where she will provide overall leadership and direction on all aspects of the Sheriff’s office.