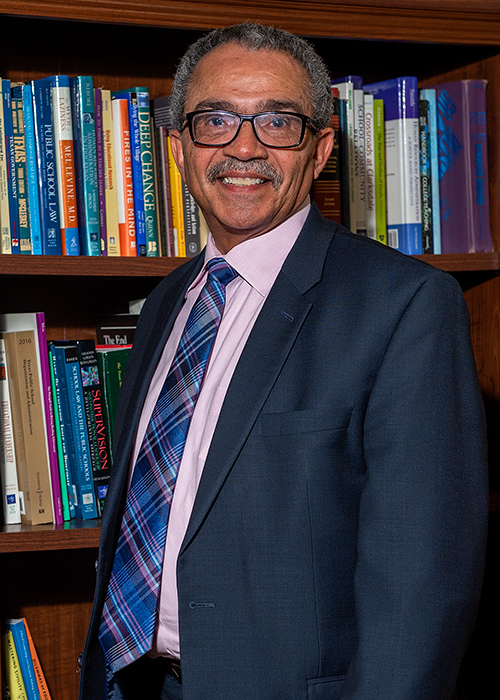 The series is set in a fictional college town, Sharpville, Mississippi, a community run by white supremacists upholding the ideals of the “Old South.” The group engages in various illegal endeavors to fill their pockets and curtail racial equality. Members of this group are eventually tried for their crimes and receive long jail sentences, but this does not stop them from spreading hate.

Billy Wayne Sharp, the series antagonist, sees himself as the messiah for white supremacists and establishes a cult during his incarceration. While Billy is in jail, citizens of Sharpville seek racial reconciliation, but are rattled by the death of an African American teen. The cult lead by Billy Wayne Sharp uses the death of the teen to stir up tensions and derail civil rights efforts.

“Fruits of a Dead Legacy” is a classic example of the battle between good and evil, and regardless of the outcome, the war carries on.

Harris found inspiration for the series and some of his other literary works at his alma mater in Mississippi, where he saw remnants of white supremacy living on.

“I remember attending a Southern Miss baseball game and observed an influential member of the community mocking a black student who was wearing dread locks,” Harris said. “That was a moment of realization for me that the legacy of white supremacy was still alive in my hometown.”

Harris’ novels also serve as a reminder to remain vigilant and reflect upon how to reconcile for the past.

“As we celebrate Black History Month and one year past the 400th year since the first enslaved Africans were brought to Jamestown, it is the ideal time to reflect on where we have been as a nation and where we are heading regarding race relations,” Harris said. “Too often, politicians and elected officials seek to take our society to a dark place. The rest of us have a moral obligation to resist those efforts.”

The “Fruits of Legacy Trilogy” and Harris’ other works are available for purchase through Amazon.com or Barnes&Noble.com.