Sam Houston State University welcomes three notable keynote speakers for the Spring 2019 commencement ceremonies on May 9-11 at Johnson Coliseum. The guest speakers will address approximately 2,445 students who have applied for degrees to be awarded.

On Thursday, May 9 at 7:00 p.m., Mayor Sylvester Turner will speak to the graduating students of College of Criminal Justice.

The Houston native completed his undergraduate years at the University of Houston and earned a law degree from Harvard University. After graduating, Turner began practicing at Fulbright & Jaworski L.L.P., only to later co-found Barnes & Turner Law Firm.

Prior to his election as mayor, Turner completed 27 years in the Texas House of Representatives for District 139. He worked on the House Appropriations Committee for 21 years and served as Speaker Pro Tem for three terms.

In December of 2015 Turner began his first four-year term as the 62nd mayor of Houston. He was essential in leading Houston’s rebound from Hurricane Harvey in 2017 and hosted a successful Super Bowl LI in addition to eliminating a $160 million budget shortfall in record time. 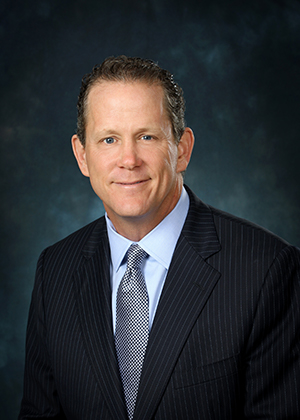 On Friday, May 10, at 9:30 a.m. and 2:30 p.m., Jamey Rootes will address the graduating students of the colleges of Education, Health Sciences and Humanities & Social Sciences.

Rootes serves as the president of the Houston Texans and has held the position for over 20 years. He maintains an active role in the community by serving on a number of boards, including the Greater Houston Partnership and the United Way, and is Board Chair of the United Way of Greater Houston.

On Saturday, May 11, at 9:30 a.m. and 2:30 p.m., Randy McIlvoy will speak to the graduating colleges of Sciences & Engineering Technology, Fine Arts & Mass Communications and Business Administration.

McIlvoy is currently the sports director and anchor for KPRC 2 Sports and is an SHSU alumnus, earning his Bachelor of Science degree in 1989. Upon graduating, McIlvoy pursued his television career beginning in cities like Port Arthur, Beaumont and Dallas before inevitably arriving at his now 15-year-long career at KPRC 2.

In the span of his career, McIlvoy has earned four Emmy awards and has been honored by the Texas Associated Press Broadcasters Association. McIlvoy also hosts Houston Texans Gameday with Head Coach Bill O’Brien, along with Friday Football Frenzy.

When McIlvoy has free time away from anchoring, he serves as the voice of the Southland Conference along with Play by Play work on the ESPN affiliated networks, Fox Sports Net and others.

For those who will not able to attend, the commencement ceremonies will stream live on Sam Houston’s main YouTube page and will also be available for viewing after the event.