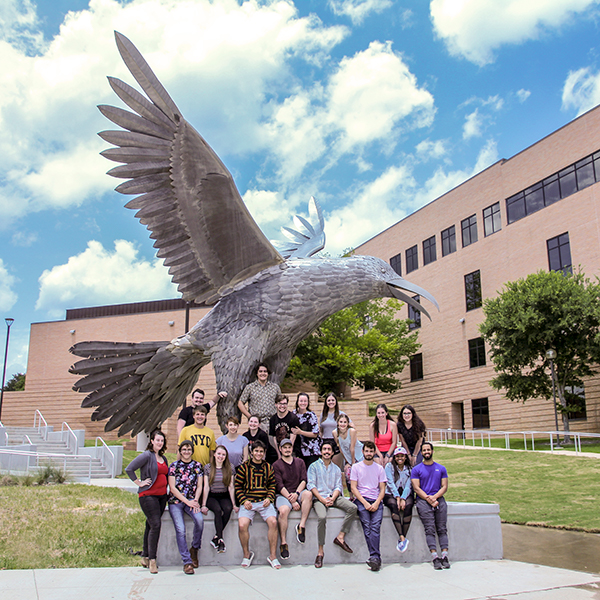 The College of Fine Arts and Mass Communication at Sam Houston State University is excited to announce the second summer season of Raven Repertory Company. Filled with theatre and musical theatre performances, a dance concert and a student film festival, Raven Rep is ready to provide new and stimulating experiences for the summer audience. Raven Rep highlights the talent that resides within the college.

In the areas of theatre and musical theatre, students audition and are selected to become interns in the Raven Rep Company. These students work in a variety of areas of theatre. The interns commit to not only performing, but also working as stage managers, assistant directors, dance captains and in the area of theatre and box office management. They adhere to a rigorous daily schedule guaranteeing exposure to and exploration of theatre and musical theatre. This company of 20 will perform in three productions as well as provide support for the other Raven Rep offerings.

Raven Rep’s first production is the Tony award winning musical comedy “The 25th Annual Putnam County Spelling Bee” with music and lyrics by William Finn, book by Rachel Sheinkin and conceived by Rebecca Feldman. Filled with quirky humor, this show is about six plucky spellers and their journey through the cutthroat competition as they vie for a spot in the National Spelling Bee. There’s even a chance for the audience to join in the fun. Every performance, four additional spellers are chosen from the audience, so the show is different every time. This show has an edge that will keep you laughing. (June 13, 14, 15 at 7:30 p.m.)

Next is “The Diary of Anne Frank” by Frances Goodrich and Albert Hackett, newly adapted by Wendy Kesselman. This compelling drama follows the story of eight people who spent two years during WW II hiding from the Nazis in a secret attic annex. Based on the original diary written by Anne Frank this production captures and expresses the hopes and fears of the attic’s residents as well as the resilience of the human spirit.  This is a show for the entire family. (June 20, 21, 22 at 7:30 p.m.)

The third Raven Rep offering is a dance concert presented by one of Texas’ premier contemporary dance companies, NobleMotion Dance. There will be guest artists performing from the NMD summer intensive with a sneak peek at “Man Overboard,” NMD’s annual Hobby Center performance. One night only! (June 28 at 7 p.m.)

This year Raven Rep has a new offering, “Ravenwood,” a student film festival featuring student work in a variety of genres that excel in creativity and expressiveness. Come and see the next generation of up-and-coming filmmakers. One night only! (June 30 at 7p.m.)

The final Raven Rep offering is “Godspell” with music by Stephen Schwartz and book John Michael Tebelek. Constructed as a group of parables based on the Gospel of Matthew and filled with favorite songs such as "Day by Day" and "We Beseech Thee” this a joyous celebration of friendship, love and devotion to high ideals. “Godspell” is a show that all can enjoy. (July 5,6 at 7:30 p.m. and July 7 at 2 p.m.)

To make reservations, to purchase tickets or for more information contact the Gaertner Performing Arts Center Box Office at 936-294-2339 or go online at shsutickets.com.