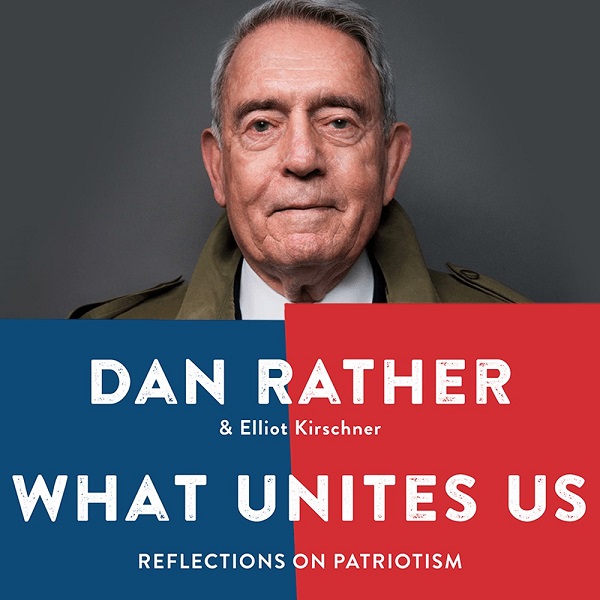 The program will be held at 2 p.m. in the James and Nancy Gaertner Performing Arts Center Concert Hall. The free but ticketed event is open to SHSU students, faculty, staff and alumni.

Through the SHSU Common Reader annual program, students are provided with a selected book, chosen from a campus committee comprised of students, staff and faculty who reviewed over 100 nominations from the SHSU community.

According to Kay Angrove, director of SHSU’s First-Year Experience and Student Success Initiatives, the program is designed to reach across a broad spectrum of areas of interest to connect with as many students as possible in variety of academic fields. The program provides a campus-wide common intellectual experience, leading to informed and educated perspectives about complex subjects.

To this end, a university-wide committee selected “What Unites Us: Reflections on Patriotism” by Rather, as a fitting and challenging choice for the 2018-2019 SHSU Common Reading Experience. 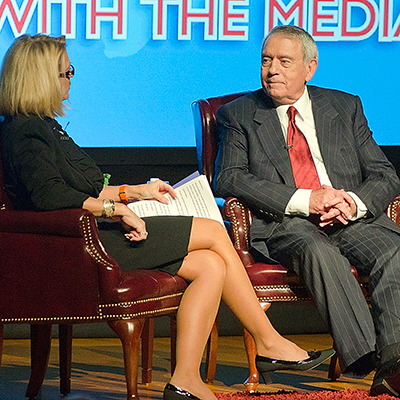 In addition to his keynote address, Rather will participate in two days of campus activities related to the Common Reader Program including a lunch with student contest winners and a film festival where students will present their original films that connect with the themes in Rather’s book.

Rather’s career as a journalist stretches back decades and spans every major American moment: Watergate, the Kennedy assassinations and 9/11. His work in the broadcast journalism field has earned him numerous recognitions and awards, including the coveted Peabody Award.

Born Oct. 31, 1931, in Wharton, Texas, Rather received a bachelor's degree in journalism from Sam Houston State in 1953, where he also spent a year as a journalism instructor.

Rather began his career in journalism in 1950 as an Associated Press reporter in Huntsville, Texas. Later, he was a reporter for United Press International (1950-52), KSAM Radio in Huntsville (1950-53), KTRH Radio in Houston and the Houston Chronicle (1954-55).

He became news director of KTRH in 1956 and a reporter for KTRK-TV Houston in 1959. Prior to joining CBS News, Rather was news director at KHOU-TV, the CBS affiliate in Houston.

Rather joined CBS News in 1962 as chief of its Southwest bureau in Dallas. In 1963, he was appointed chief of the Southern bureau in New Orleans, responsible for coverage of news events in the South, Southwest, Mexico and Central America. During that time, he reported on racial conflicts in the South and the crusade of Dr. Martin Luther King Jr., as well as the death of President Kennedy.

Today through his multimedia production company, News and Guts Media, the esteemed reporter is committed to bringing important stories to life across a variety of media and genres.

Rather has returned to the Sam Houston State campus for numerous events, including the 1993 celebration of the 200th birthday of Texas’ hero Sam Houston and a dedication ceremony in 1994, during which the university's communications building was named in his honor. He also took part in SHSU’s 125th Anniversary in 2004 as a special guest speaker for the celebration.

In 1998, Rather established what Sam Houston State students have called one of the best broadcasting internships in the United States, inviting students each year to spend a semester working with him in New York City. A decade later, the coveted internship program is still going strong with one SHSU mass communication student chosen each summer for an opportunity to work with Rather’s News and Guts NYC team.

The SHSU Common Reader Keynote with Dan Rather is a free event however a ticket is required for admission. Tickets will be released to current faculty, staff and students with a valid Bearkat OneCard on Oct. 11 starting at 1:00 pm in the GPAC lobby.  Please bring your Bearkat OneCard and your book. A limited number of advance tickets for alumni can be obtained through the Office of Alumni Relations by e-mail alumni@shsu.edu.