Tree Of Light Shines On Sam For Nearly A Century

At the end of every fall semester, the holiday spirit spreads across the university as members of the Bearkat community gather around the "Tree of Light" to celebrate the season of giving.

Richly steeped in the history of Sam Houston State University, the ceremony has opened the Christmas season since 1921 when a large cedar “west of the Training school” was decorated for the first tree lighting ceremony.

Although recognized in 1938 as a symbol of “unwavering courage in the face of discouragement, of cheerfulness that never frowns” by President Harry F. Estill for “bravely maintaining its beauty throughout the year,” the tree that was first used was scheduled to be demolished twice as part of planned construction.

For undocumented reasons, it was saved both times and still stands today in the Evans Complex garden, between the two buildings that make up the complex.

In 1966, university officials decided that the Evans Complex cedar tree was no longer visible enough, and the ceremony was moved to a large cedar in front of Old Main, where it was held for the next 14 years. This tree was a casualty to the fire that destroyed Old Main on Feb. 12, 1982.

Beginning in 1980, a new tradition that would last for more than two decades began, and the “Tree of Light” ceremony was moved to a large circular planter where the Bell Tower is now located. As part of the tradition, a large, fresh-cut tree was brought in to serve as the “Tree of Light.”

As construction began on the Bell Tower, the “Tree of Light” ceremony moved in 2004 to the Academic Building I Mall Area, on the east side of present-day Bearkat Plaza, where the ceremony was held for several years. 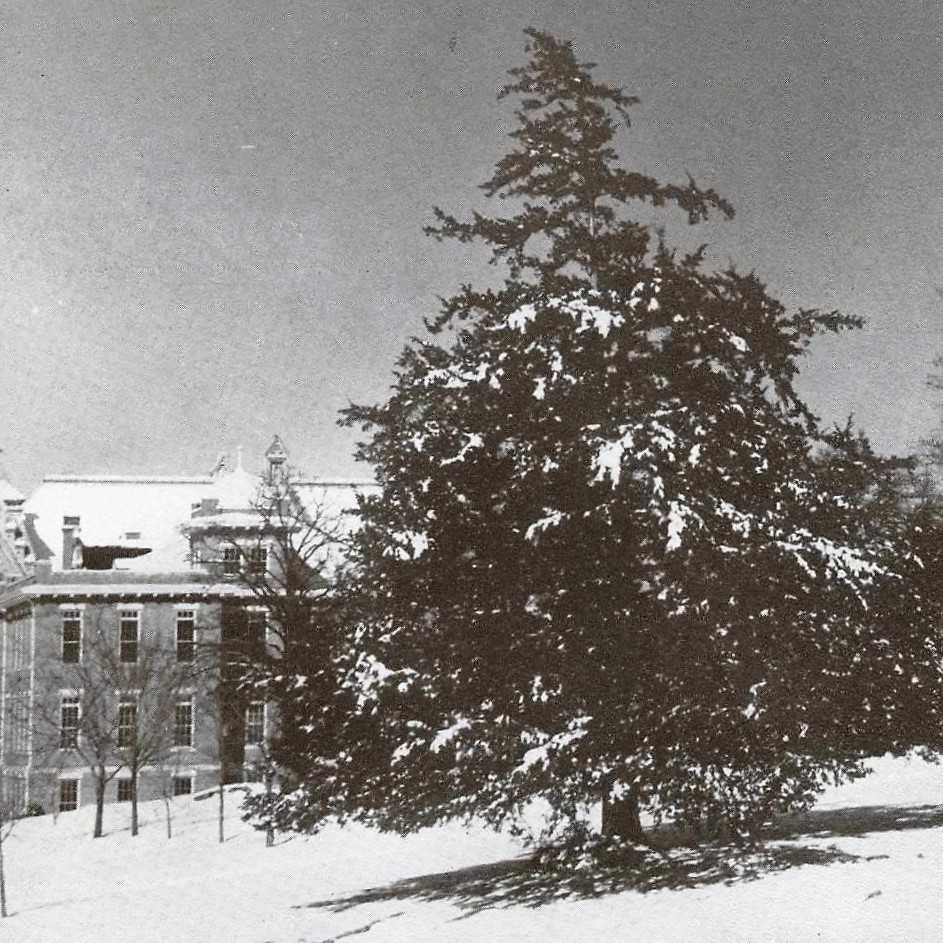 In 2005, real trees were replaced with an artificial tree in an act of preservation, which itself began to grow by adding a new base ring annually.

“The Tree of Light Ceremony is really a program at the ‘heart’ of what Sam Houston State University is all about, bringing Bearkats together,” said Brandon Cooper, assistant director for Student Activities. “It’s a program that the university has hosted for over three quarters of SHSU’s existence in an effort to bring students, faculty and staff and alumni together.

“We are still amazed at support and turnout we receive for this program," Cooper said. "It just grows every year.”

To share the holiday spirit with those in need, the Student Activities Department continues its tradition of collecting canned goods for a drive that will benefit an area organization.

During the ceremony, several different university groups perform, including the SHSU Choral and the Orange Pride Dance Team. Student organizations are also invited to decorate the tree with an ornament. Hot chocolate and cookies are always served.

"The Tree of Light is the university's oldest and most cherished tradition," said Angie Taylor, director of Admissions. "This tree-lighting ceremony is also a time of giving and reminds students and the university community what the holiday season is all about."