Sam Houston State University’s Center for Law, Engagement, And Politics will host a screening of the classic film “High Noon” on Oct. 11.

The film, directed by Fred Zinnemann and starring Gary Cooper, Grace Kelly and a plethora of classic character actors, will be shown at 6 p.m., following an hour-long reception.

The film will be introduced by two experts on Hollywood’s Golden Age.

Carl Rollyson, author of some 40 books, including biographies on Marilyn Monroe, Dana Andrews and Walter Brennan, and is also the editor of the University of Mississippi’s Hollywood Legend Series.

Pulitzer Prize winning journalist Glenn Frankel will also be on hand. Frankel, who won acclaim for “The Searchers: The Making of an American Legend,” has returned with “High Noon: The Hollywood Blacklist and the Making of an American Classic.” The book, which NPR describes as “a sharp social history,” addresses the film against the backdrop of the mid-century Red Scare and Hollywood blacklist.

Apart from the film’s social history, it has an impact as cinema. Some consider it the greatest western ever made. The American Film Institute ranks it second, behind only “The Searchers,” which Frankel introduced at SHSU in 2015—another of the LEAP Center’s film screenings.

Admission is free and open to the public, but advance reservation is requested due to limited seating. Popcorn and refreshments will be provided at a reception starting at 5 p.m., with the film starting at 6 p.m.

To register or for more information, contact Mike Yawn, director of the LEAP Center, at mike.yawn@shsu.edu or 936.294.1456. 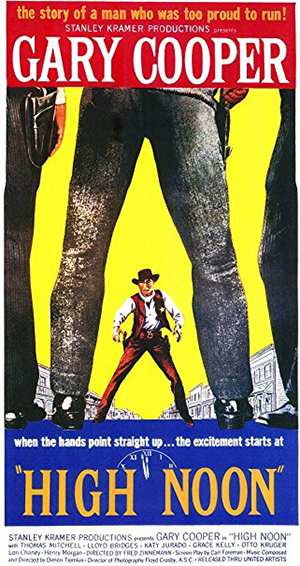